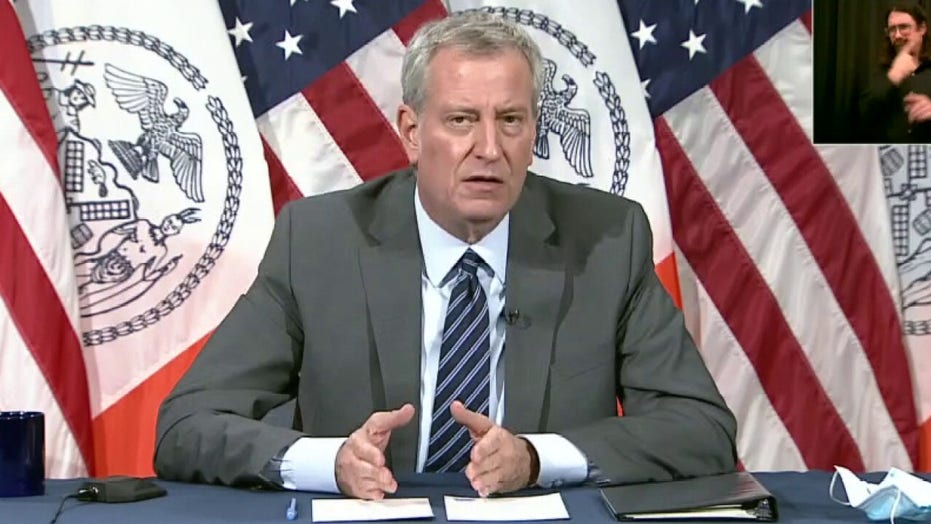 New York Democratic Gov. Andrew Cuomo got into a shouting match with reporters Wednesday while denying that New York City public schools would be shut down due to a spike in coronavirus cases — only for Mayor Bill De Blasio to announce the closures minutes later.

The exchange began when Wall Street Journal reporter Jimmy Vielkind pressed Cuomo about whether he would overrule any decision by city officials to close schools.

"What are you talking about? 'You're now going to override,' we did it already! That's the law!" Cuomo shouted. "An orange zone and a red zone, follow the facts!"

"Then you're confused!" Cuomo shouted back.

"No, they're not confused. You're confused," Cuomo told the reporter. "Read the law and you won't be confused."

Another reporter asked point-blank if schools will be open "tomorrow," to which Cuomo responded, "The schools are open by state law," but the reporter called out the dodge and backed up Viekind's line of questioning.

"Well, I don’t really care what you think. Of course, you agree with him because you’re in the same business with him,” Cuomo said.

“That 3% [benchmark], the mayor set, in my opinion, in a collaborative with the parents,” Cuomo said. “That was the agreement and the agreement should be honored.”

"For someone who presided over so many deaths, especially so many avoidable deaths in nursing homes!, Governor Cuomo should perhaps be a little less overconfident, little less mocking, and a little less aggressive in Covid (!) briefings with the media," MSNBC analyst Mehdi Hasan reacted.

"Andrew Cuomo is like the Joe Pesci character of a Martin Scorsese movie without any of the likeability," Daily Wire contributing editor Harry Khachatrian tweeted.

"cuomo is being incredibly condescending and rude for someone who wrote a book about how well he managed the pandemic before it was over," BuzzFeed News deputy director David Mack wrote.

"New York City has reached the 3% testing positivity 7-day average threshold. Unfortunately, this means public school buildings will be closed as of tomorrow, Thursday Nov. 19, out an abundance of caution. We must fight back the second wave of COVID-19," the mayor tweeted.