The number of Qantas crew members confirmed to have contracted coronavirus after a flight from Chile to Sydney has climbed to 11, raising further questions about the current exemption from quarantine rules for airline crew.

The Sydney Morning Herald and The Age first reported on Monday that four crew members operating the March 28 flight from Santiago later tested positive for the virus, and can now reveal that number stands at 11. 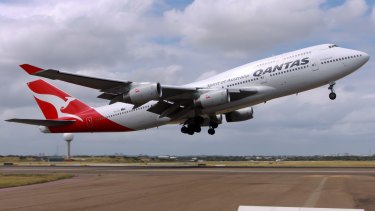 Qantas and Virgin Australia are preparing to resume international flying to bring stranded Australians back to home.

Passengers from the flight were put into forced 14-day quarantine in city hotels, but 10 of the flight crew were free to return to their homes under an exemption for airline staff, which one leading epidemiologist has called “illogical”.

The federal exemption says returned airline crew are not required to self-isolate, go into quarantine or complete an "Isolation Declaration Card".

The 11 crew members included four on-duty flight attendants and a pilot operating the flight and other crew members who were returning to Australia on duty, including an engineer. The engineer was placed into quarantine but the other 10 were exempt.

The Australian Health Protection Principal Committee, the key decision-making body during the pandemic, issued the airline crew exemption. But said it is up to states and territories to enforce quarantine rules and that they can also “implement additional requirements at the point of arrival". There appears to be confusion between state and federal authorities about the exemption.

Qantas sources, who declined to be named because they do not have permission to talk about the company publicly, said police had visited crew member to ensure they were self-isolating following their return from overseas flights, despite advice from the federal government that self-isolation was not necessary.

Qantas' medical director Dr Ian Hosegood said the exemption for crew was critical to help stranded Australians get home safely and that the airline had introduced new measures to protect crew while they are overseas, including requiring them to stay in their hotel room between flights.

"Whilst our crew have followed all Australian and other government advice when they are overseas, in some destinations the local community spread had been underestimated by local health officials," Dr Hosegood said.

"For example, previously crew were allowed to interact within hotels, and we suspect that’s how a number of crew contracted the virus in Santiago."

Professor Mary-Louise McLaws, an epidemiologist and member of the World Health Organisation's COVID-19 expert advisory panel, said this week that the exemption for airline crew was “illogical” and "a hole in the system".

"Anybody that’s a traveller is a risk and that remains a risk for spread in Australia, be they the captain, the crew or the passengers,” Professor McLaws said.

A federal department of health spokeswoman said aviation crew provided an "essential service that ensures Australians can return home and essential movements of critical goods and supplies can continue".

"While these groups are exempt from mandatory quarantine, all arrivals into Australia must continue to practise social distancing, cough etiquette and hand hygiene," he said.

An earlier version of this story said an exemption for airline crew had been issued by the Department of Health and Australian Border Force. The exemption was in fact issued by the Australian Health Protection Principal Committee.