Sifting through the rubble of the Nuix IPO carnage the only thing missing are the fingerprints of short sellers.

These are the funds that are trained to identify and capitalise on vulnerability inherent in companies’ over-hyped shares and lofty revenue growth expectations.

There were no short-seller sirens wailing when Nuix shares bolted from the blocks at its debut and no bold headlined reports explaining investor danger. 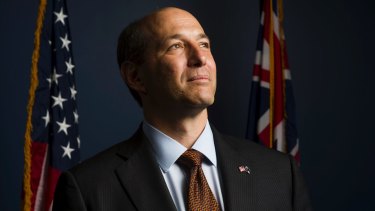 Shorts don’t always get it right and at times can be fairly accused of overkill and even manipulation. But Niux appears to be one that was missed, overlooked or avoided possibly because of the patronage of its former owner and largest shareholder, Macquarie Group.

As history now shows Nuix was something of a must-have stock when it floated on the ASX six months ago.

At face value it had all the ingredients that growth hungry investors wanted. A software as a service provider of investigative analytics and a high profile impressive customer base. It was the height of financial fashion.

All of this was reflected in the 63 per cent lift in its price when it debuted last year. No one seemed too concerned about early whispers that Nuix may not meet the revenue projections contained in its prospectus.

Indeed it wasn’t until Nuix confessed in February and later in April that it would fall short of aggressive revenue targets that investors took a closer look at its accounting and how this had changed.

Recriminations from investors about how the stock that listed at $5.31 and rose to a peak of $11.90 and sank as low as $3.07 extended beyond the management and squarely into Macquarie’s court.

The $564 million that Macquarie pocketed thanks to its part selldown through the IPO has also left a sour taste in the mouths of the clients that piled in and are now sitting on losses.

This is a reputational issue from which Macquarie will recover but not one it can afford to repeat any time soon.

An investigation by Nine Entertainment mastheads clearly suggests that Nuix was in damage control within months of its December listing. The media investigation also reveals that in the months leading up to the IPO the company engaged in a significant staff cull – the likely explanation for which appears to be an attempt to cut its cost base and enhance its financial metrics.

But this dressing up for sale exercise would later detract from its product development capabilities and as such is a massive own-goal for the company whose services are generally well-rated.

While this information has only come to light in recent days thanks to those media reports, the company’s changing treatment of accounting for revenue could have been found by investors in the prospectus’s finer print. And it is just the sort of detail that short sellers look for when they scour public information.

Investing in new floats always needs to have an element of buyer beware and in the tech space it is especially important given balance sheets are intangible asset-heavy and the companies are very reliant on the additional and retention of customer contracts.

But these issues were not dealt with in any meaningful way when Nuix addressed investors on Tuesday with dollops of mea culpa but not much detail.

Niux wheeled out its high profile chairman -the former US Ambassador to Australia Jeffrey Bleich – who after name-dropping about his relationships with Barack Obama and Warren Buffett went on to explain that the company’s corporate governance wasn’t match fit. 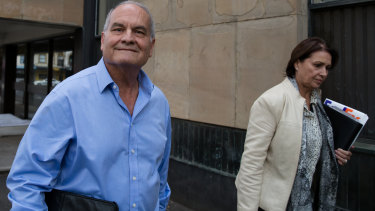 Former Nuix executive Anthony Castagna was jailed and then acquitted of tax fraud and money-laundering.Credit:Janie Barrett

Incidentally no one was dropping the name of Anthony Dante Castagna, a former company executive who was jailed but then acquitted of tax fraud and money laundering.

Nor was Nuix proffering information about its former chief executive Eddie Sheedy, who has taken legal action against the firm and if successful could be owed tens of millions of dollars.

Instead Bleich characterised Nuix’s snafus as a communications issues – ones that could be solved by building trust.

A better set of numbers might better do the trick.