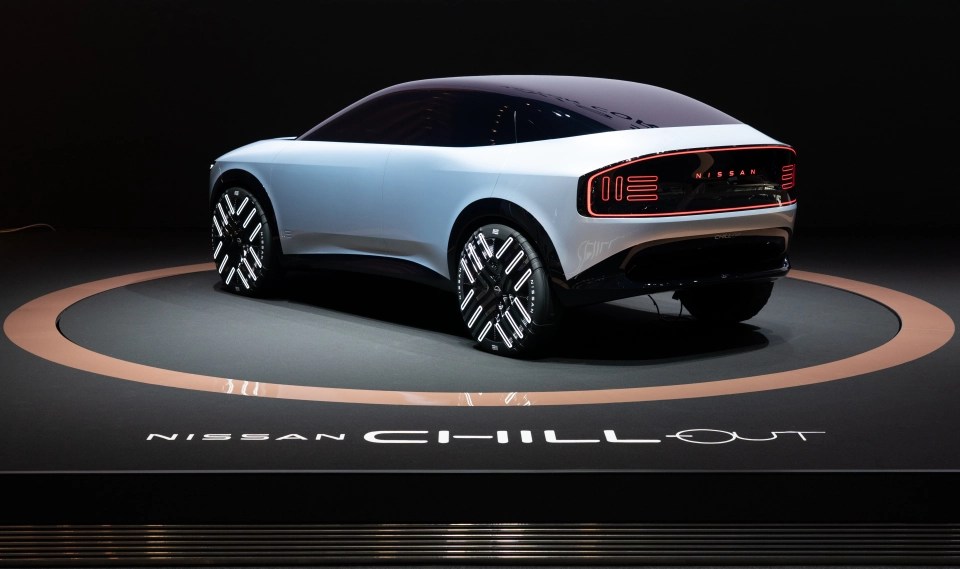 It’s 1,000 per cent better than the gawky Leaf we have now and it’ll have rapid charging and the option of dual-motor 4WD for the first time.

More importantly, it will be built at Nissan’s plant in Sunderland.

Nissan unveiled not one but FIVE concept cars this week as part of a grand plan for 15 new EVs and solid state batteries by 2030. It will invest £33billion in electrification over the next five years.

Leaf was officially unveiled as the “Chill Out” concept — but we all know it is the Leaf replacement.

Expect those cool rear lights (like a 370Z), high waistline (like an Ariya) and the illuminated Nissan badge (on its nose) to make the road car.

As for the other concepts, they’re crystal-ball visions that take us to 2030 and beyond. 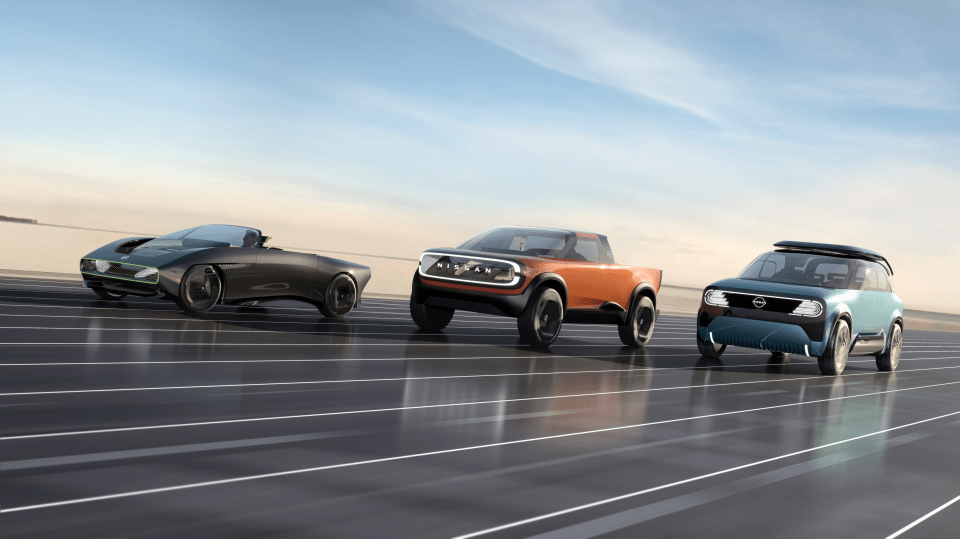 We like “Surf Out”, the orange pick-up truck, and “Max Out”, a two-seat convertible. Build them. We dare you.

Nissan has history with the bulletproof Navara pick-up and it needs another poster hero like GT-R.

We’re less bothered about “Hang Out” which is billed as a mobile living room with pop-up projector screen but looks suspiciously like an MPV.

All three use the same skateboard floor with solid-state batteries packed between the axles to give designers complete freedom on top.

We’ve said it before but solid-state batteries are the silver bullet for EVs.

They are double the density of lithium-ion, cheaper and faster to charge, and use much less of the planet’s most valuable resources.

Plus, they are 100 per cent recyclable.

Bosses had one more surprise for us at the Nissan Futures event in Japan last night by teasing the single-seat Ariya race car concept. Wild.

But on the basis we’ve been waiting for the regular Ariya forever,

I can’t see that happening before Lord Lucan wins the Grand National. On Shergar.