Nikola Motor Company founder and executive chairman Trevor Milton says the Nikola Badger is meant to do everything a gasoline vehicle can do.

Nikola Motors is taking deposits for a new hydrogen fuel cell-powered and electric pickup truck that doesn't even exist yet.

TESLA VS NIKOLA: WHAT TO KNOW

"Unlike our competitors, we don't use your money to fund our development. @nikolamotor is guaranteeing and vouching to leave your paid deposits for all vehicles in an account and not consume the funds," Milton tweeted. "You have a guaranteed ability to get your deposits back until you choose your final colors, specs and your truck enters the assembly line. Without penalty. Now let's see our competitors agree to that as well. Who's solid, who's not. Nikola is solid."

The Badger will be unveiled at Nikola World during the first week of December.

The vehicle only exists in renders and is being made to compete with Tesla's Cybertruck, according to a report by Electrek.

Before Tesla unveiled the Cybertruck last year, Milton reportedly tweeted renders of the Badger and sarcastically suggested that Elon Musk-led Tesla could use them for the Cybertruck.

“We were not planning on it if he built a good looking truck," he said, according to Electrek. "I was waiting to be first on the list, but I would never buy a Cybertruck. The Badger is what I was hoping Tesla would build design wise. So if he won’t, I will. Now our interest is sky high and why wouldn’t I?” 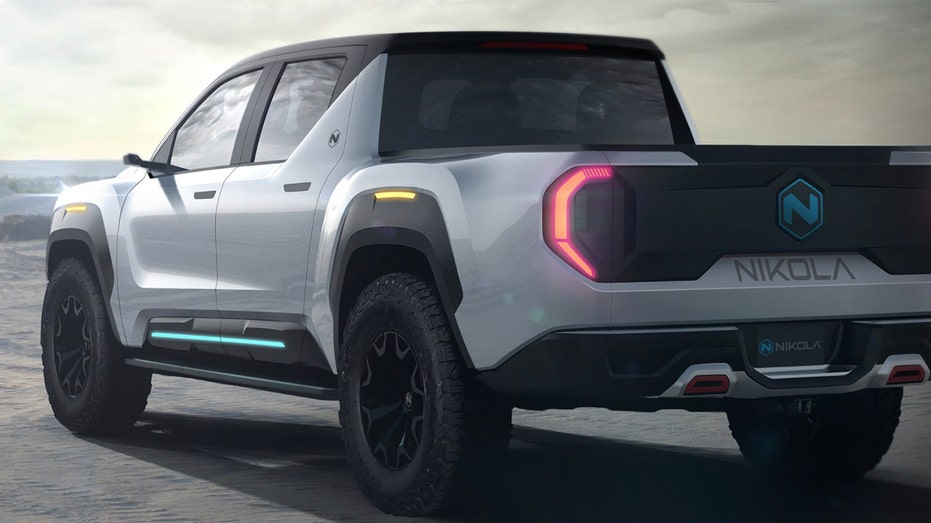 Martin told FOX Business the Badger will also have waterproof displays and a customizable backseat for additional cargo as well as a water fountain that filters the water from the fuel-cell power source.

Nikola stock closed at $67.57 during Monday's trading session, surging more than 6 percent on the announcement.