Nib chief executive Mark Fitzgibbon says the company’s international and travel insurance businesses will not bounce back until the pandemic is under control and borders open, which might not be until 2023.

However, the insurer on Monday said the strength of its Australian private health business would more than make up for those hard hit segments, with the company predicting full-year underlying profits of up to $225 million.

Mr Fitzgibbon told the Sydney Morning Herald and The Age the earnings update showed the strength of the fund’s core health insurance business. “We are very bullish — COVID-19 is clearly put into sharp focus for many people the risk of disease and need for protection,” he said. 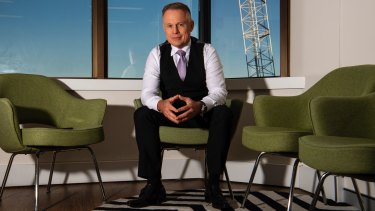 However, he acknowledged the international and travel insurance businesses would not return to normal until COVID-19 was under control across the world. “Realistically they won’t bounce back until COVID is behind us globally. We like to think international borders could start to open in 2022 – but 2023 is probably the year where things return.”

Nib told shareholders it was still difficult to forecast future claims given the pandemic uncertainties, but noted its underlying operating profit for the nine months to March 31 was $140.9 million, driven by a 3.7 per cent growth in policyholder numbers, while claims continue to be lower than expected.

Health insurers across the sector have been including provisions for “catch-up” claims in their balance sheets, to account for treatments that would have been performed last year but had been delayed due to elective surgery shutdowns.

Nib says the extent of that catch up in the third quarter was slower than expected, however. “The strong Australian Residents’ Health Insurance performance coupled with stable performance in New Zealand is more than offsetting COVID-19 inspired weakness in Nib’s international inbound health insurance (iihi) and travel insurance businesses,” the company said.

In February, Mr Fitzgibbon told this masthead he was hopeful international students and workers would be returning to Australia in the near term, with premium revenues down in its international students business by more than 5 per cent and its income from its travel insurance operations dropping 90 per cent.

On Monday the company confirmed that despite the impacts of border closures, the continued strength of its local health insurance business would see its underlying profit growth from $86.9 million in the first half of the year to between $200 million and $225 million for 2021 overall.

Monday’s share price gains have pushed Nib 38 per cent higher compared with October, when the firm was trading at $4.30.

Analysts have noted that claims trends are looking better than the industry had predicted after COVID lockdowns, and it is expected Nib will see gains in the longer term once borders reopen.

“The stock should benefit from any increased bullishness on a reopening of trade for both its travel and international businesses,” JPMorgan analysts wrote in a note to clients.