Nextdoor founder Nirav Tolia just listed his San Francisco home in the Pacific Heights neighborhood. It was originally built in 1916 by famous Bay Area architect George Applegarth for himself and his wife. Applegarth is also known for the San Francisco Spreckels mansion, built in a distinctive French chateau style.

In 2015, the home's interior was totally gutted and remodeled in a three year project, while the Italian Renaissance-style facade was preserved. 2775 Vallejo Street is listed at $25 million with Malin Giddings of Compass.

Tolia bought the home in 2011 as a wedding present for his wife, The Wall Street Journal reported. He told WSJ that the couple is temporarily moving to Florence, Italy, and will eventually look for a home outside of San Francisco.

Tolia founded Nextdoor in 2011 as a social network based around neighborhoods. He stepped down as CEO in 2018, and now invests in early stage Internet companies. 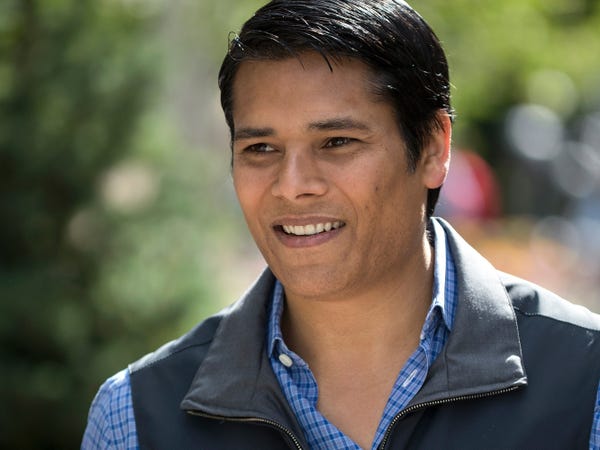 The three story home has six bedrooms and 6.5 baths, with a lower level with separate entrance, kitchen, and bedrooms. 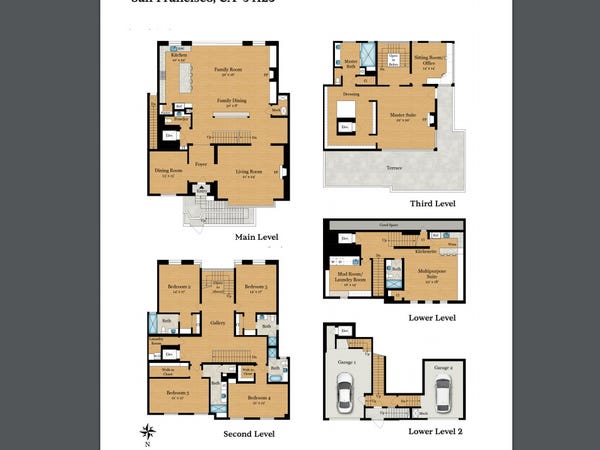 The main level has the kitchen and living areas, including a great room that opens to the lawn for outdoor living. 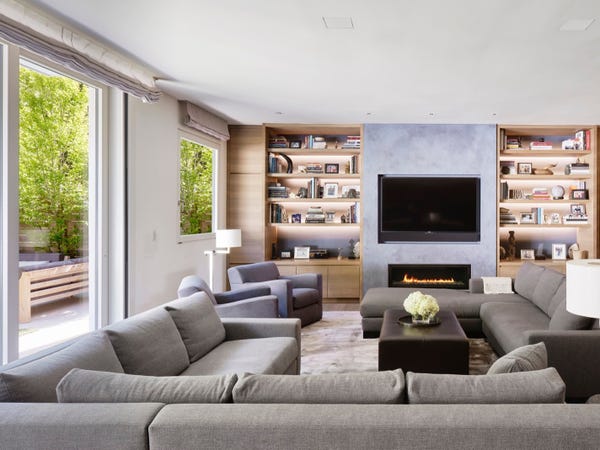 The outdoor space is one of the main perks of the home, offering privacy behind the house and an iron gate. 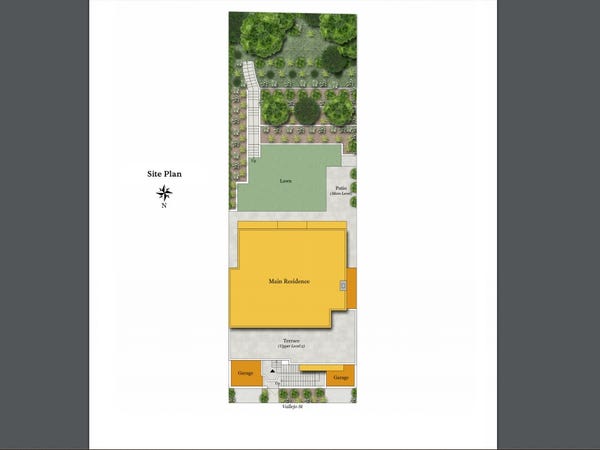 The lower level also has a separate entrance from the lawn to the mudroom. 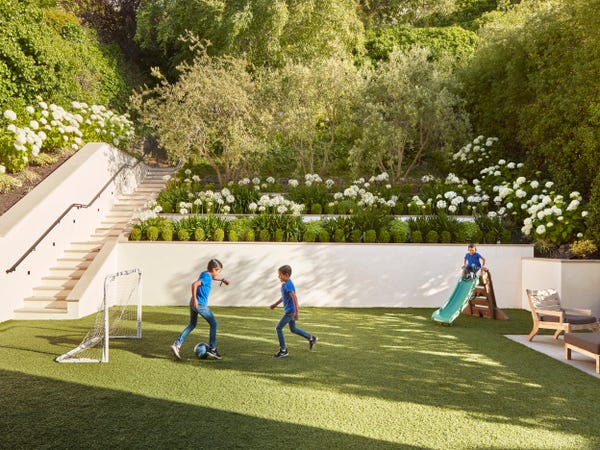 The large kitchen opens into the living area and has features including a double-sized sink, dual dishwashers, and warming drawers. 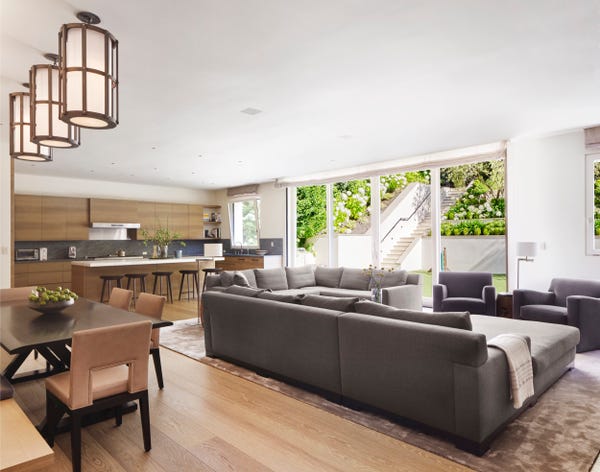 Tolia told WSJ that the original coffered ceiling in the living room was one of the details that made him buy the house. 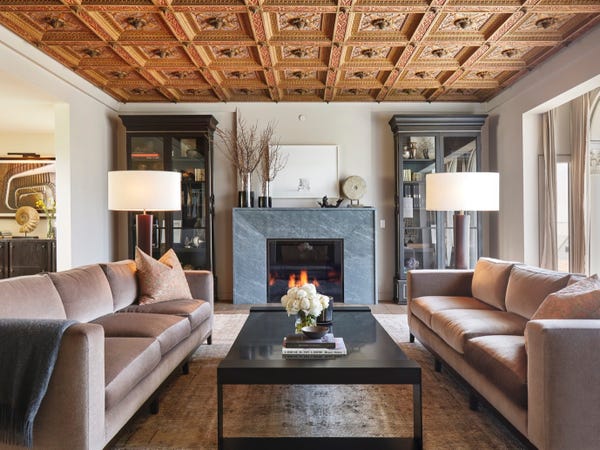 The ceiling is actually visible from the street, which Trolia said he was "transfixed" by. 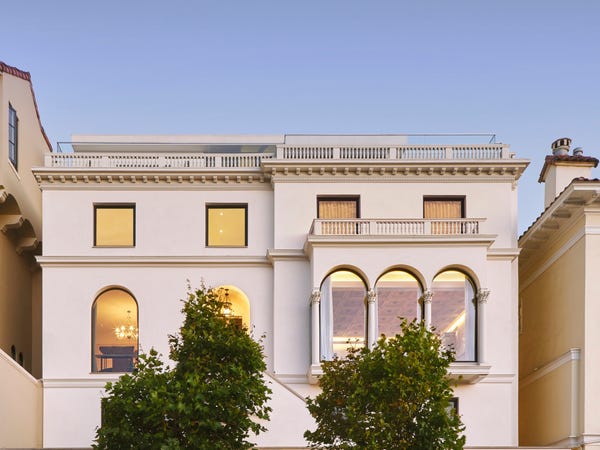 The second floor has four bedroom suites, each with an en-suite bathroom and views of the garden or Golden Gate Bridge. 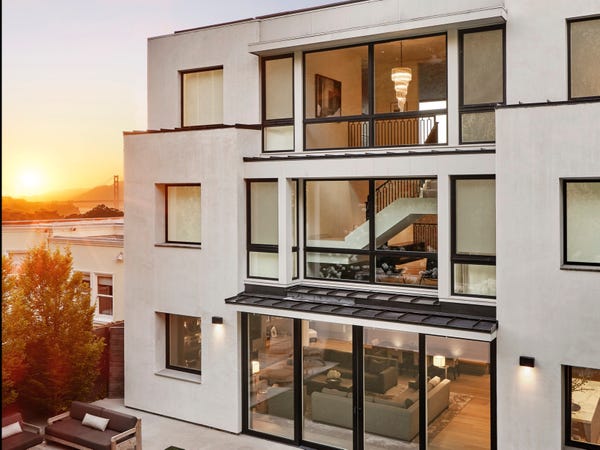 The master suite takes up the entire top level, with a Venini Venetian chandelier. 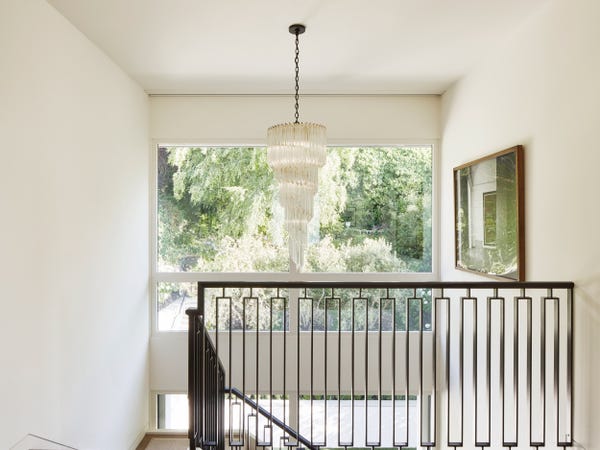 Floor to ceiling windows on the top level give full views of the Golden Gate bridge. 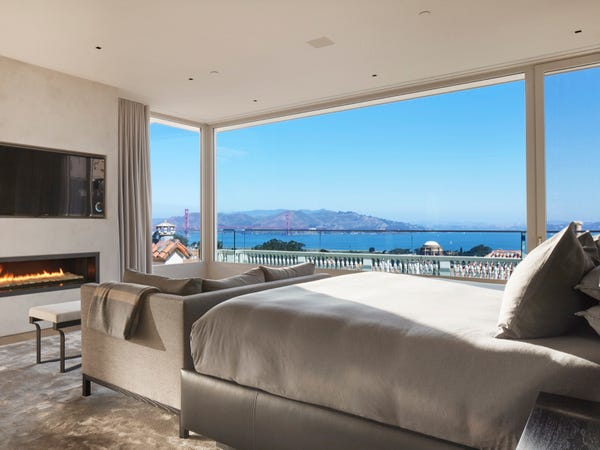