House Democrats have produced two radical demagogues whose policies would endanger the lives of innocent Americans, lead to the breakdown of society, and undermine the U.S. Constitution.

Specifically, Reps. Maxine Waters, D-Calif., and Rashida Tlaib, D-Mich., have recently acted in ways that reflect unfavorably on the House of Representatives and betray their oaths to uphold and defend the Constitution of the United States.

Demagogically encouraging the rule of the mob over the rule of law – and urging people to mobilize against the court and the police at a time of great tension – clearly is a violation of every member of Congress’s responsibility to uphold the rule of law and the Constitution.

Waters’ encouragement to the mob to use “confrontational” coercion to force society to render the result the mob wants creates an immediate threat to public safety.

However, Waters’ call for mob rule may be dwarfed in its impact by Tlaib’s call to abolish the police and close prisons. If her policies were followed, the years of violence and predatory assault on the innocent would utterly destroy the rule of law and eliminate public safety in ways even Waters’ incitement couldn’t achieve.

Tlaib, who represents parts of Detroit, tweeted “No more policing, incarceration, and militarization. It can’t be reformed.” She was setting a standard that was not merely radical, it was insane. Detroit’s police chief has called on her to resign.

In 2020, the United States had the biggest increase in murders in history. The level of violence from Portland’s virtually nightly attacks by Antifa to the looting and street violence that have become the norm in all too many cities is simply intolerable.

For a member of Congress to propose in the middle of this devastating violence that we should end policing and close down prisons is beyond outrageous. It is a policy which, if followed, would lead to thousands of victims of violent crime.

There should be real consequences for this kind of life-endangering, society-threatening irresponsibility.

At the very least, Reps. Waters and Tlaib have violated the rules of the U.S. House as described in the resolution to remove Congresswoman Marjorie Taylor Greene, R-Ga., from her committee assignments:

This is about insisting that members of Congress do not promote mob rule or work to make America less safe.

“Whereas clause 1 of rule XXIII of the Rules of the House of Representatives provides, ‘A Member, Delegate, Resident Commissioner, officer, or employee of the House shall behave at all times in a manner that shall reflect creditably on the House;’ and Whereas Representative _____ should be removed from her committee assignments in light of conduct she has exhibited.”

So, the standard for judging the words of Waters and Tlaib is not the right of free speech. At a time when there have been months of riots, buildings burnt, stores looted, and police across the entire country bracing for violence (with some National Guard already mobilized), the standard for members of Congress – those entrusted to lead us – is what “reflect[s] creditably on the House.” 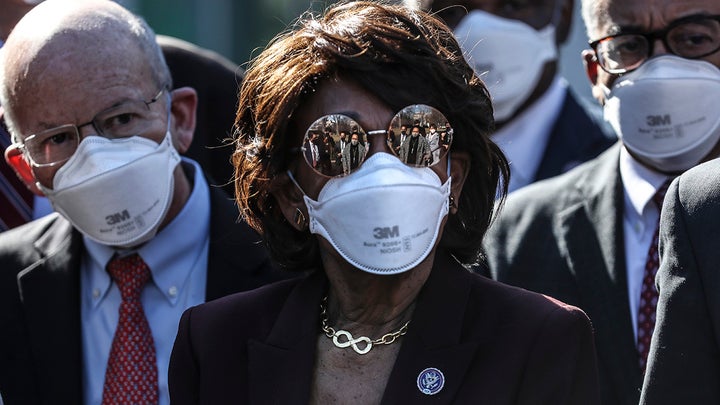 Nothing Greene said was comparable in its potential devastation to everyday Americans as the Waters-Tlaib proposals of letting a mob overturn the U.S. judicial system, abolishing the police, releasing all violent criminals from prison, and allowing murder and violence rates to skyrocket.

Every member of the House should be challenged to join in repudiating Tlaib’s pro-criminal position by voting to remove her from the committees on which she currently serves – Financial Services and Oversight and Reform (which gives her standing to bring her hostility to bear on federal law enforcement and prisons).

Similarly, members should remove Waters from the House Committee on Financial Services, of which she is the chairwoman.

The fight to repudiate Tlaib’s anti-police, anti-prison, pro-criminal position; and Waters’ call for mob rule to replace the rule of law will have five positive results: 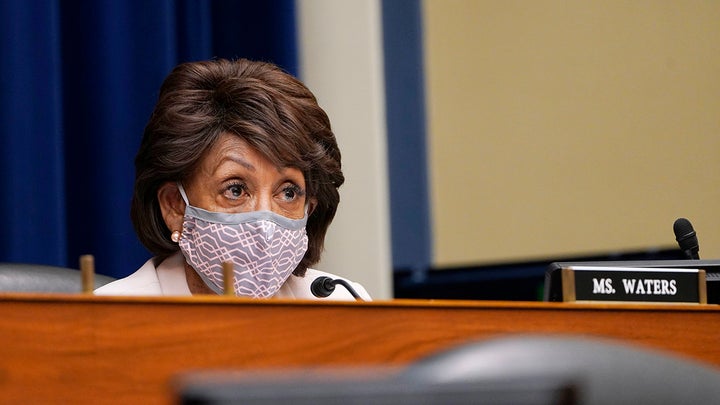 *The fight will draw attention to the staggering and frightening rise in crime and force the news media to cover the degree to which every American is now endangered by the anti-police, pro-criminal policies of the left.

*It will draw attention to the kind of crazy ideas that now pass for legitimate policy proposals on the radical left. Most Americans do not know the level of radicalism and anti-Americanism that is now acceptable in the Democratic Party.

*It will highlight the choice every Democrat House member should be forced to make. At a time when crime is rising, more and more innocent people are at risk, and more and more small business owners are threatened with bankruptcy from criminal mob violence, the views of Tlaib and Waters views are a real threat.   Will each House Democrat fight for the protection of his or her constituents or tolerate the pro-criminal statements and attitudes of Tlaib and her radical associates in “the Squad?” Will House Democrats defend the blatant call for mob rule as people shoot at National Guardsmen (as happened shortly after Waters spoke)?

*Because crime and violence are going to continue to rise under the pro-criminal, pro-illegal immigration, anti-police policies of the Biden administration, these issues of the innocent versus the criminal will continue to grow in importance. Every act of violence and victimized innocent person is another reason to draw attention to Tlaib’s and Waters’ views and call for them to be dropped from their committees.

*If the fight is sustained for eight weeks or more, the pressure will build and a surprising number of people will call to repudiate Tlaib, Waters and other members of the radical left.