Gingrich: Big government socialism is a crisis of the American system

Former Speaker of the House Newt Gingrich told “Hannity” Monday the “disasters” in Democratic states are going to get worse, while the “crisis of the American system” is whether “big government socialism” can be eliminated over the next few years.

The gap between the red states and the worst of the blue states, it’s as though they were two totally different countries. The red states with Republican governors, Republican legislators, lower taxes, less regulation, favoring work, favoring job creation; they’re going to do great. They also have schools that actually work. These blue states California, [Illinois], New York, they’re disasters and they’re all going to get worse because their policies don’t work. Their ideology doesn’t work. Their union allies are destroying the system.

And I think it’s a real crisis of the American system; whether or not we ultimately over the next five or six years eliminate this radical, big government. socialism – go back to a traditional American model where work matters. 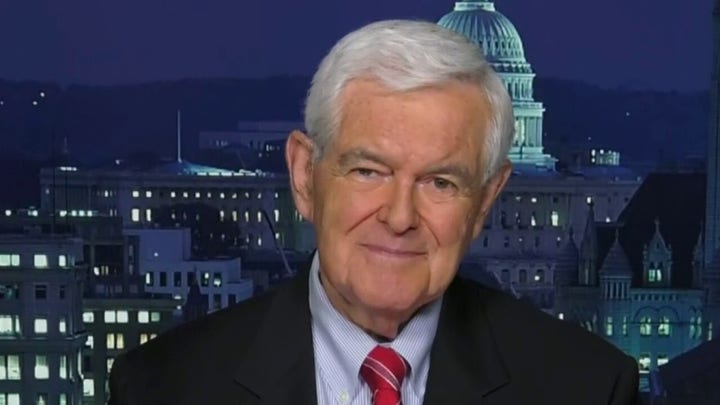