Randy Economy rips California Gavin Newsom amid recall effort: He is ‘not beloved’

Millions have been raised on both sides ahead of the final stretch of California's recall election that could see first-term Democratic Gov. Gavin Newsom removed from office in a state that heavily leans blue.

With just a little over a week until the Sept. 14 contest, the state has received more than 5 million ballots out of 22 million sent to registered voters. The vote will give Republicans a chance to take back Sacramento since Arnold Schwarzenegger left office in 2011.

Fundraising by pro- and anti-recall groups, as well as the top candidates in the race, has topped $72 million, records show.

Ballot committees with a pro-Newsom stance have raised upwards of $49.5 million while those in favor raised $8.6 million as of July 31, according to the California Secretary of State's Office.

The biggest anti-recall committee, Stop the Republican Recall of Governor Newsom, raised the majority of funds with $46.3 million.

Much of the opposition against Newsom stems from his handling of the COVID-19 pandemic in which he has issued mandates requiring masks and public workers to be vaccinated. Those issues coincide with raging wildfires in Northern California, an expanding homelessness crisis, a spike in crime and California's notoriously high taxes and cost of living that have prompted some residents and businesses to relocate elsewhere.

In total, there are 46 candidates running to unseat Newsom.

Of the more prominent names vying for governor, Larry Elder, a conservative radio host who launched his campaign in July, is seen as the front-runner. He raised just over $4.4 million from Jan.1 to July 31 while San Diego businessman John Cox has raised nearly $7 million.

Kevin Faulconer, the former mayor of San Diego raised1.9 million. Both he and Cox are also mounting 2022 gubernatorial campaigns as well. 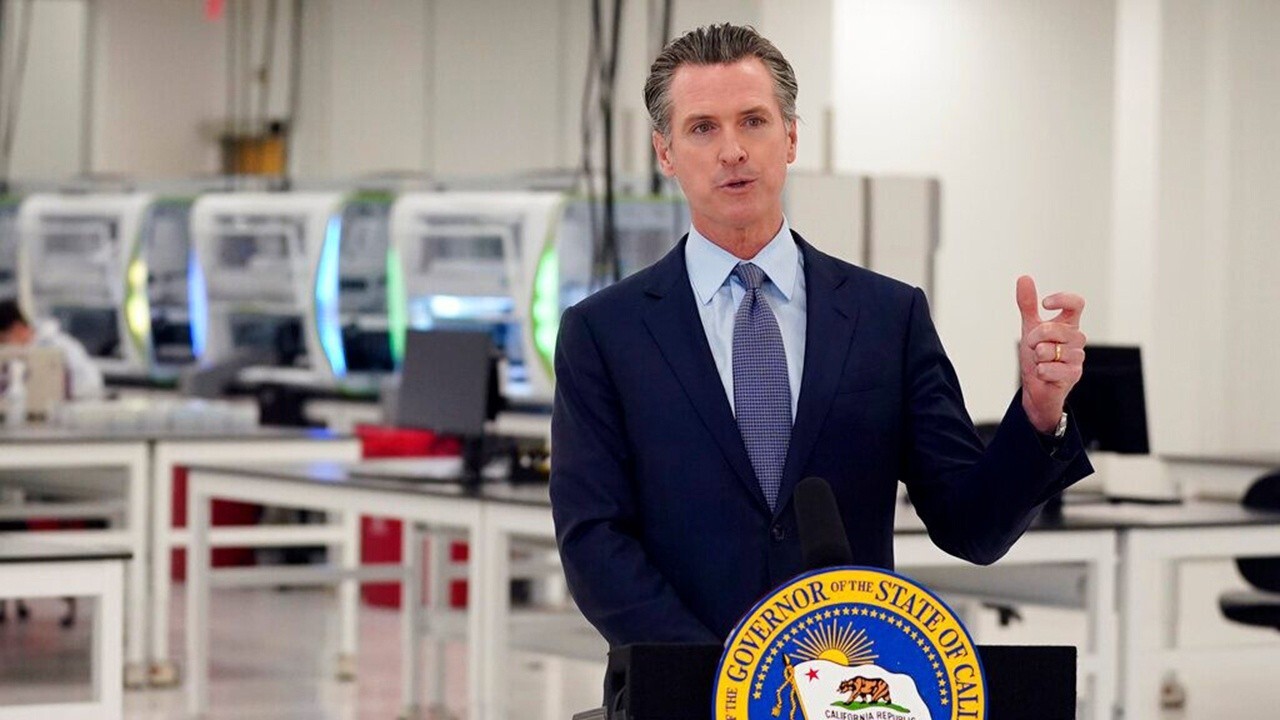 California ‘out of control’ under Gov. Newsom: Larry Elder

On Sept. 14, voters will be asked two questions: Should Newson be replaced and who should replace him? If a majority votes to replace him, the candidate with the most votes on the second question will become governor.

The last governor to be successfully recalled was Gray Davis, a Democrat, in 2003 after serving just 11 months in office. Schwarzenegger, a Republican, was elected and served two terms in office.

Democratic voters outnumber Republicans statewide by nearly 2-to-1, and the party controls every statewide office and dominates the state legislature and congressional delegation.

Republicans last won a statewide election in 2006, when Schwarzenegger was reelected.