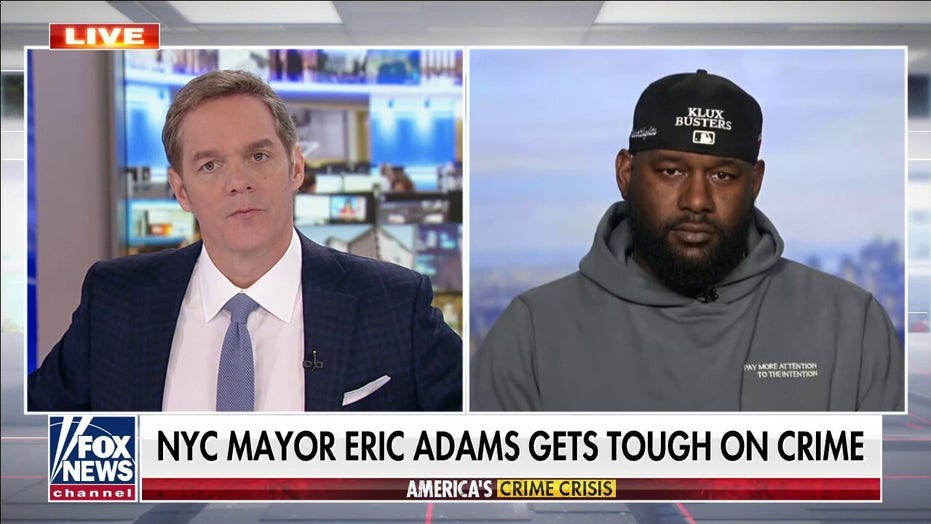 Newsome’s comments on “America’s Newsroom” Monday come on the heels of Mayor Adams announcing he will bring back the disbanded plainclothes anti-crime unit in an attempt to get illegal guns out of the city.

In November, however, Newsome said his BLM organization will take to the streets if old police tactics are revived.

Newsome clarified his previous comments during his interview with co-host Bill Hemmer Monday. 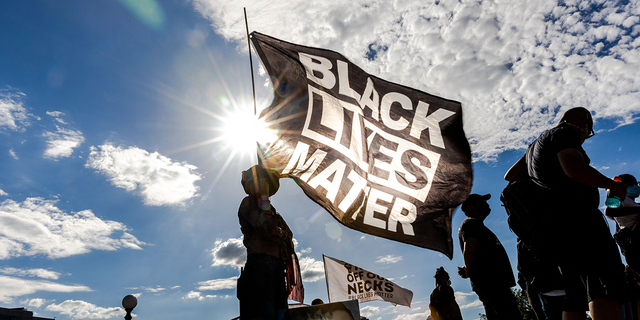 A woman holds a Black Lives Matter flag during an event in remembrance of George Floyd and to call for justice for those who lost loved ones to the police violence outside the Minnesota State Capitol on May 24, 2021 in Saint Paul, Minnesota. (Photo by Kerem Yucel / AFP) (Photo by KEREM YUCEL/AFP via Getty Images)
(Kerem Yucel / AFP)

“There is a cause and there is a reaction,” he told Hemmer. “Don’t just focus on the reaction and ignore the cause.”

Newsome said his problem with Mayor Adams is his failure to produce a plan of action.

“He doesn’t have anything that’s concrete that will save the streets. He just wants to take bits and pieces of what failed in the past and apply it.” 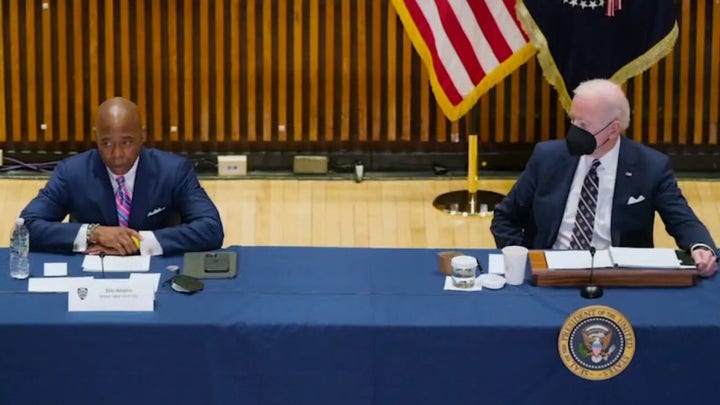 Newsome told Hemmer that the root cause of crime is poverty. In a meeting with Mayor Adams, Newsome stressed the need to address violent groups in a holistic way.

“Taking formerly incarcerated people, taking former gang members and having them go into communities and defuse these violent situations,” he explained.

Newsome further said he was called crazy for his idea, but he went on to explain that investing in community organizations that understand the culture will provide opportunities to reach children and people who may be causing trouble. 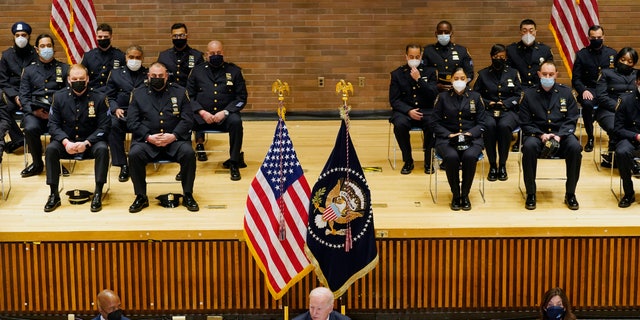 Newsome claimed his idea is now being adopted by the mayor and said, “God gets the glory,” for the proposal.

The issue of crime and violence against police, however, still plagues the city as a seventh NYPD officer was shot since the beginning of 2022.

Newsome was critical of President Biden and his recent visit to New York City after the killing of two officers, saying he doesn’t believe in Democrats or Republicans.

“I believe that it’s the American people against these politicians who are bought and paid for by corporations,” Newsome concluded.