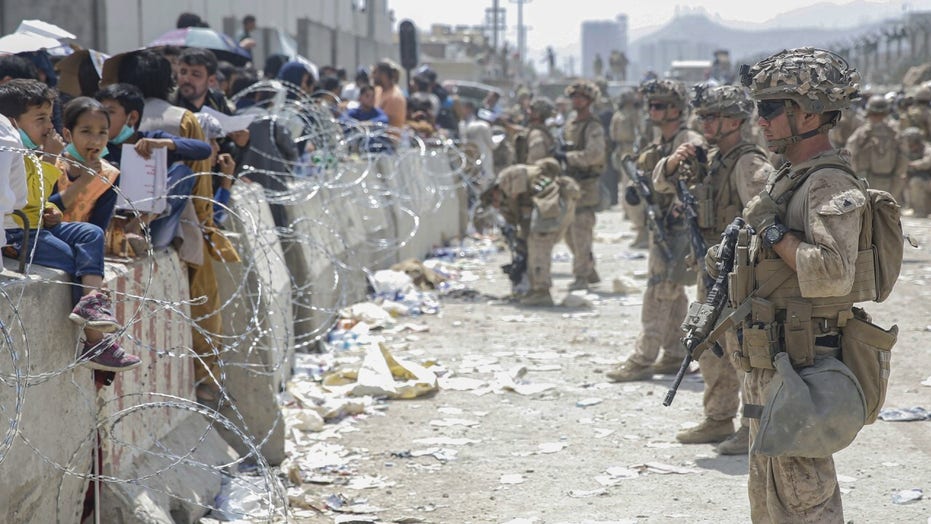 A new threat from the Islamic State’s (ISIS) branch in Afghanistan prompted a new warning from the U.S. Embassy in Kabul that urged Americans to not come to the besieged airport in Kabul, officials confirmed to Fox News on Saturday.

“Because of potential security threats outside the gates at the Kabul airport, we are advising U.S. citizens to avoid traveling to the airport and to avoid airport gates at this time unless you receive individual instructions from a U.S. government representative to do so,” the embassy warned on Saturday.

The warning came amid continued chaos at Kabul airport, where thousands of Americans and Afghan allies have been trying to gain access to flights leaving the country — which has quickly fallen to the Taliban ahead of the planned U.S. withdrawal on Aug 31. Officials have acknowledged that a “small number” of Americans and Afghans have been beaten or harassed by Taliban fighters as they try to get to the airport.

So far, 17,000 people have been evacuated since Aug. 14, 2,500 of whom are Americans. There are now approximately 5,800 U.S. troops on the ground guarding the airport. Officials, speaking to reporters on Saturday, emphasized that the “airport remains secure” and that the military has maintained gate security.

Pentagon officials would not comment on the nature of the possible threat at a press conference on Saturday, but officials told Fox that it was a threat from ISIS that triggered the warning. The ISIS threat was first reported by The Associated Press.

“There are other terrorist groups we are concerned about as well,” one official told Fox.

While the official declined to give details, the Pentagon has long assessed that “hundreds” of al Qaeda fighters remain in Afghanistan. That directly contradicts a claim by President Biden on Friday that al Qaeda is “gone” from Afghanistan. Pentagon spokesman John Kirby later said in a news conference that al Qaeda does in fact have a “presence.” 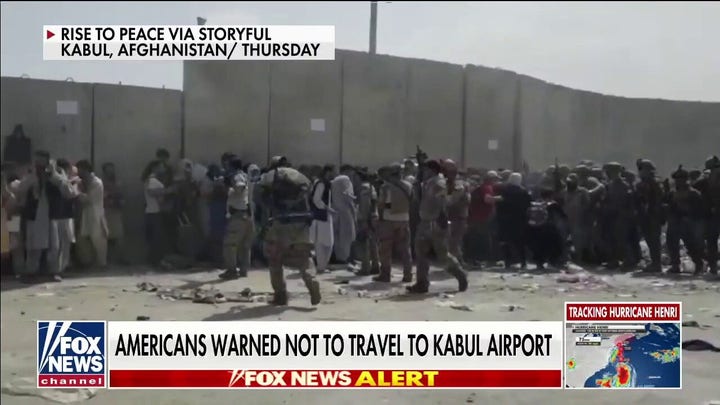 In a statement on Saturday, Kirby told Fox that “We are mindful that the situation is dynamic and fluid, and we are doing everything we can to conduct a safe and orderly evacuation.”

The Biden administration is facing significant political pressure over the crisis, which caught the U.S. by surprise and has led to mounting criticism of President Biden’s handling of the situation — which has led him to defend his handling of the crisis on multiple occasions this week. On Saturday, the White House also announced he would not be going to Wilmington, Del., as scheduled.

In a Friday press conference, Biden sought to portray a situation in which the U.S. had regained control and was steadily evacuating Americans and certain Afghans, but warned that he couldn’t promise what the result would be.

“I cannot promise what the final outcome will be, or that it will be without risk of loss, but as commander in chief I can assure you I will mobilize every resource necessary,” he said.

The Pentagon was asked on Saturday if Secretary of Defense Lloyd Austin was frustrated for reportedly having his advice not to withdraw troops ignored by President Biden.

“The secretary is 100% focused on the mission at hand right now, which is a noncombatant evacuation operation,” Kirby said. “And he’s comfortable that throughout this deliberation, his voice was heard that he had  an opportunity to provide his best advice and counsel to the commander in chief and to the national security team, as did other leaders here at the Pentagon.”