North Carolina lawmakers on Tuesday voted in favor of a bill ending child marriages in the state.

Senate Bill (SB) 35 raises the legal age for marriage in the state from 14 to 16 years old and specifies that those under 18 years of age cannot marry a person more than four years older.

Gov. Roy Cooper is expected to sign the bill, his office told Fox News in a statement.

“While the legislation falls short of raising the age of marriage to 18, the governor supports this step toward ending child marriage in North Carolina and more protections for children,” Cooper spokesperson Mary Scott Winstead said. 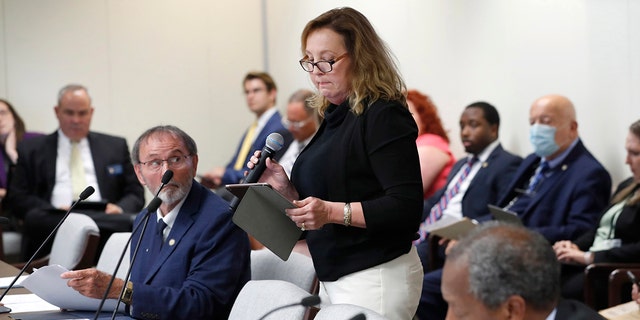 Republican State Sen. Vickie Sawyer, who sponsored the bill, told Fox News in a statement that she was “thrilled” lawmakers voted to pass the legislation “with unanimous, bi-partisan support.”

“It is a true testament to the good we as legislators can do when we come together,” she said. “This bill will protect our most vulnerable youth from the detrimental harms of forced child marriage which among other things include abuse and exploitation. It will also curtail North Carolina from becoming a destination state for child sex trafficking.”

Sawyer went on to thank her colleagues in the House and Senate for their support.

“Every day minors are taken away from their families under collusive marriage traps,” Republican State Sen. Danny Earl Britt Jr. said in a statement. “This bipartisan effort keeps our children and communities safer. I’m thankful for the many collaborators on both sides of the aisle for pushing this much-needed effort over the finish line – our families will remember your determination.”

North Carolina is currently one of 13 states that allow juveniles younger than 16 to get married.

Children who are at least 14 can be married in the state if they are pregnant and get approval from a judge; those who are 16 years old may get married with parental approval.

With adjoining states raising the minimum to 16 or 17 in recent years, North Carolina has become a destination locale for out-of-state couples in which one marriage applicant is a minor, officials and bill advocates said.

A study by the International Center for Research on Women found North Carolina ranked among the top five states in the number of minors listed on marriage applications between 2000-2015, and that 93% of the marriage applications it reviewed for the years 2000-2019 involved a marriage between a minor and an adult.