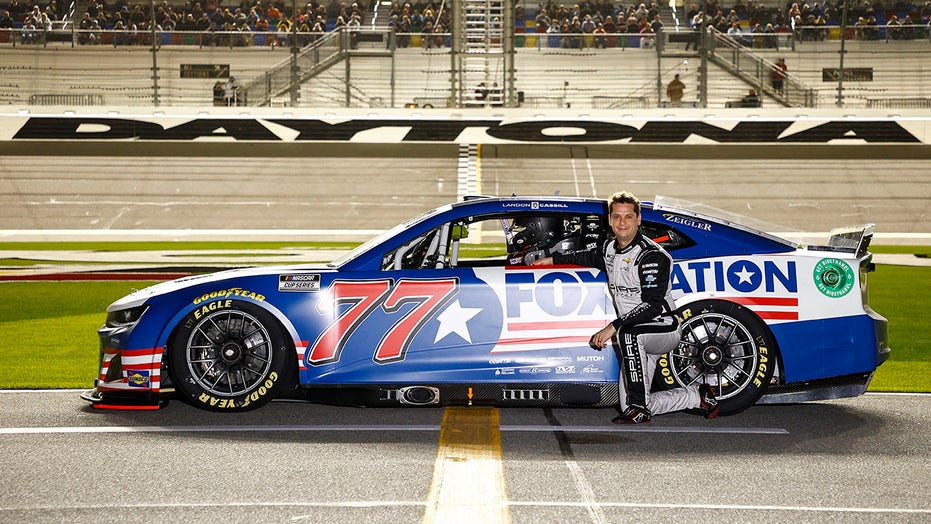 Fox Nation is riding with Landon Cassill in the Daytona 500

Landon Cassill will be driving the Fox Nation-sponsored Spire Motorsports Chevrolet Camaro NASCAR Cup Series car in the Daytona 500 and is featured in the Fox Nation series "Road to Daytona." 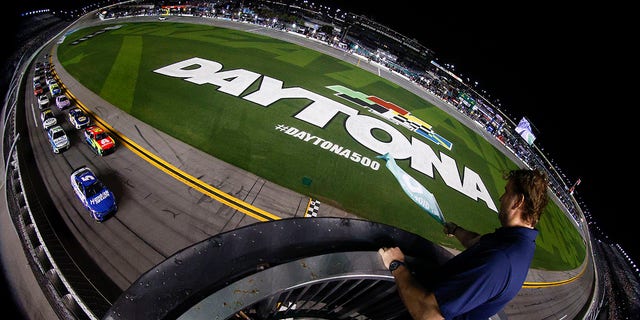 Kyle Larson will start the #5 Hendrick Motorsports Chevrolet on pole for the Daytona 500.
(Sean Gardner/Getty Images)

Defending NASCAR Cup Series champion Kyle Larson will start in the pole position alongside his Hendrick Motorsports teammate, Alex Bowman, on the front row, and leads the pack with +900 odds to win, according to FOX Bet. 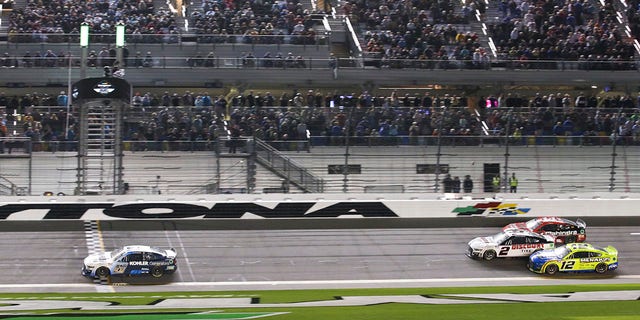 RFK Racing teammates Brad Keselowski and Chris Buescher will follow in the second row, having earned their spots by sweeping the Daytona Duels qualifying races, but one of the favorites is starting way back in the pack.

Joe Gibbs Racing’s Denny Hamlin spun his car entering pit road during his Duel race and ended up finishing 15th, which puts him in 30th for the start of the Daytona 500, but FOX Bet gives the three-time winner of The Great American Race +900 odds even with Larson to make it a fourth this year. 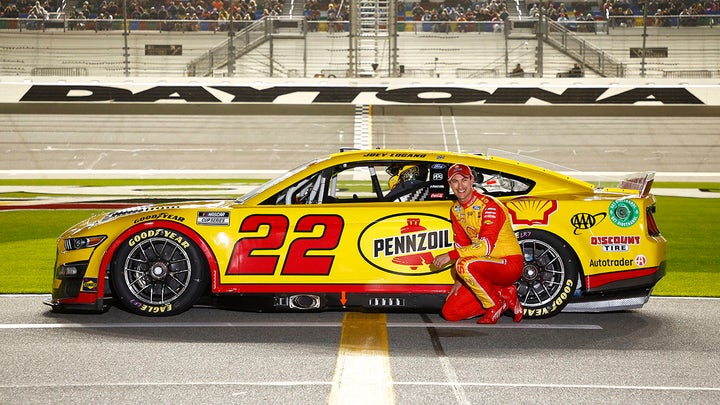 He’s followed by Hendrick Motorsports driver Chase Elliott and Team Penske’s Ryan Blaney at +1000, with Team Penske’s Joey Logano, who crashed while leading his Duel race on the last lap, at +1200.

Coverage of the Daytona 500 begins at 1 p.m. ET on Fox with NASCAR RaceDay followed by the start of the race at 2:30 p.m. ET. Viewers can also tune into Fox Nation’s 4-part special series “Road to Daytona,” and follow Landon Cassills’ quest to win the race in the Spire Motorsports Fox Nation-sponsored car, available now.