NASA is trying to work out how to recycle human waste, including poo and the carbon dioxide we breathe out, into useful products.

Recycling waste could help astronauts go on longer missions without being held back by the amount of resources they can bring. 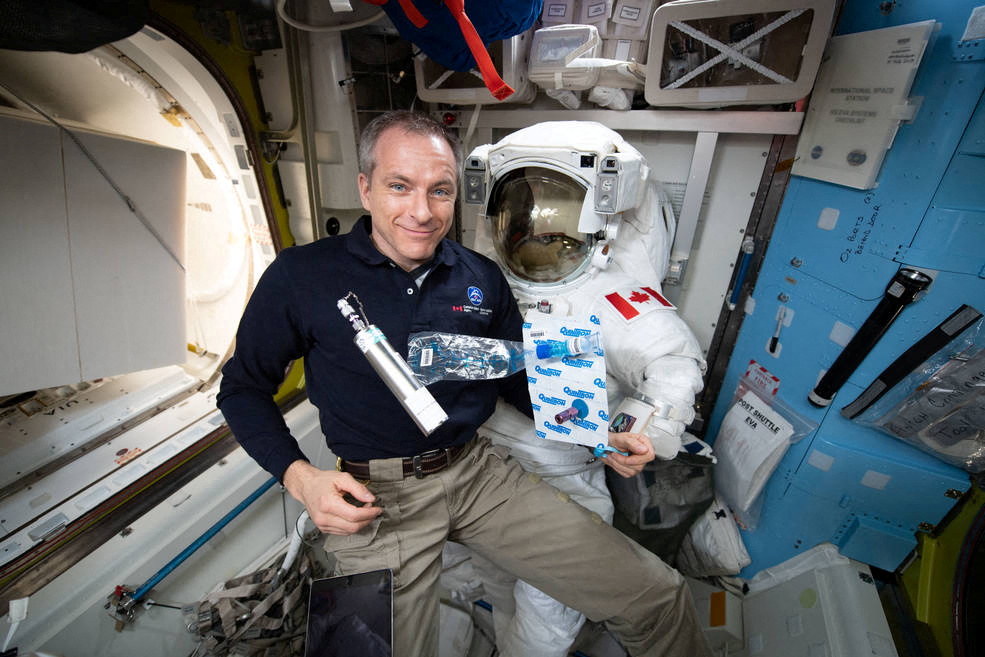 As ZDNET points out, these recycled products would be like 'space gold' for astronauts who won't be coming back to Earth any time soon.

The only problem is, Nasa isn't sure how to create this 'space gold'.

That's why a new crowdsourcing challenge called Waste to Base Materials Challenge: Sustainable Reprocessing in Space is looking for people to help them work this out.

It goes on to tell any one wishing to apply that they should imagine they're on a two to three year journey to Mars with limited supplies.

It states: "This challenge is all about finding ways to convert waste into base materials and other useful things, like propellant or feedstock for 3D printing.

"Eventually, we would like to integrate all the different processes into a robust ecosystem that allows a spacecraft to launch from Earth with the lowest possible mass."

Some recycling in space already occurs on current missions.

Astronauts on the International Space Station have been using a water recycling system since 2009.

It helps them recycle urine and water from condensation.