NASA has released a stunning new picture of our galaxy's violent, super-energized heart.

It's made up of 370 images snapped over the past two decades by the Chandra X-ray Observatory, which orbits Earth around 86,500 miles away. 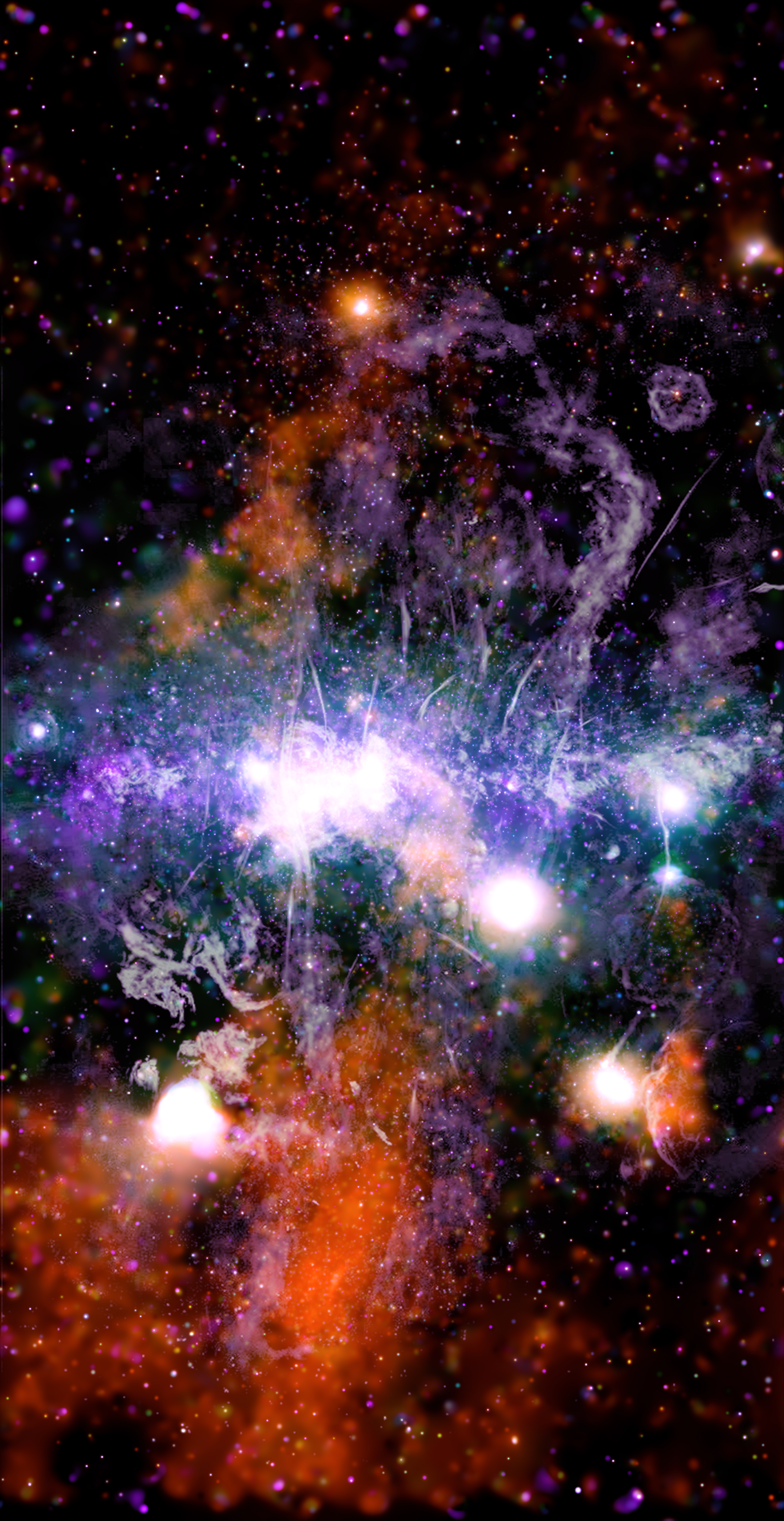 The image depicts billions of stars and countless black holes in the center, or heart, of the Milky Way.

A radio telescope in South Africa also contributed to the image, for contrast.

Astronomer Daniel Wang of the University of Massachusetts Amherst said Friday he spent a year working on this while stuck at home during the pandemic.

"What we see in the picture is a violent or energetic ecosystem in our galaxy's downtown," Wang said.

"There are a lot of supernova remnants, black holes, and neutron stars there.

"Each X-ray dot or feature represents an energetic source, most of which are in the center."

This busy, high-energy galactic center is 26,000 light years away.

His work appears in the June issue of the Monthly Notices of the Royal Astronomical Society.

Launched in 1999, Chandra is in an extreme oval orbit around Earth. It specialises in X-ray radiation, allowing it to peer at cosmic events that no other telescope can.

The probe is sensitive to X-rays fired out by stars, galaxies and more that are 100 times fainter than those detectable by any previous X-ray telescope.

It has helped scientists make breakthrough discoveries about the life cycles of stars, black holes and more.

Chandra's mission was only supposed to last for five years but it's still going strong more than two decades after its launch.

In other news, a diligent space fan has released a stunning snap of our Milky Way galaxy that took 12 YEARS to put together.

Nasa has announced that it is accepting applications for wannabe space explorers who wish to fire their names to the Red Planet.

And, the agency's Perseverance Mars rover recently captured stunning video and audio recordings from the surface of the Red Planet.

What do you make of the image? Let us know in the comments!