A new audit by NASA's Office of the Inspector General finds that the agency "lacks a comprehensive and accurate cost estimate that accounts for all Artemis program costs," noting its rough estimate for the first three missions "excludes $25 billion for key activities related to planned missions beyond Artemis III."

The watchdog's report estimates that approximately $93 billion will be spent on the Artemis program by fiscal year 2025 and that the production and operations cost of its Space Launch System rocket and Orion capsule is estimated to be $4.1 billion per launch for the first four Artemis missions.

Although the Artemis program was first announced in December 2017, development of Orion and SLS officially began in 2011.

NASA is now on track to launch its uncrewed Artemis I mission in summer 2022, rather than in November 2021 as planned, according to the report. Artemis II, which will send astronauts aboard Orion roughly 40,000 miles past the moon before returning home, is expected to be delayed from late 2023 until at least mid-2024 due to the mission’s reuse of Orion components from Artemis I. 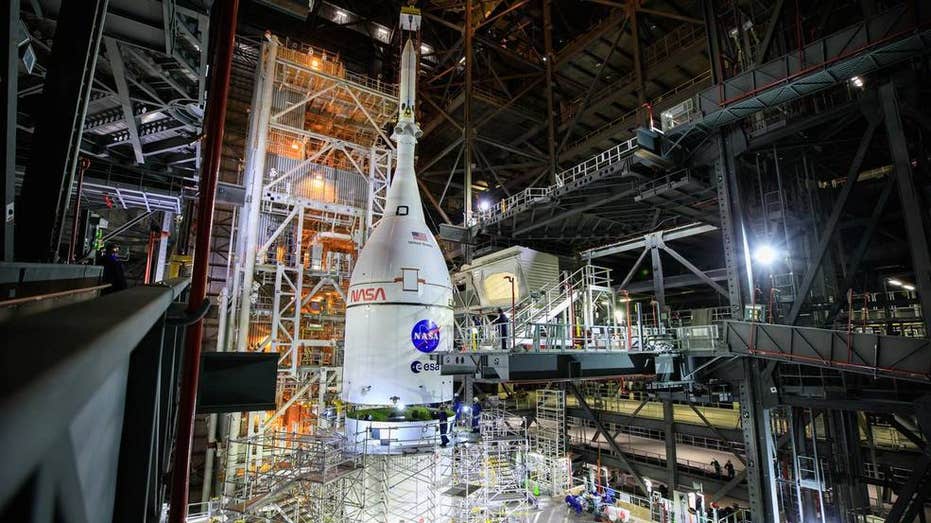 The Orion spacecraft for NASA’s Artemis I mission, fully assembled with its launch abort system, is lifted above the Space Launch System (SLS) rocket in High Bay 3 of the Vehicle Assembly Building at Kennedy Space Center in Florida. (NASA/Frank Michaux)

NASA added that the Human Landing System program could face up to 3.4 years of delays before operational flights begin, citing six months of delays caused by the HLS contract procurement process and subsequent bid protests from Blue Origin and Dynetics over the $2.9 billion award being given to SpaceX in April. The report did not factor Blue Origin's unsuccessful lawsuit filed in August into the delays.

"We found the HLS development schedule to be unrealistic when compared to other major NASA space flight programs," the agency wrote. "Specifically, space flight programs in the last 15 years have taken on average about 8.5 years from contract award to first operational flight and the HLS Program is attempting to do so in about half that time." 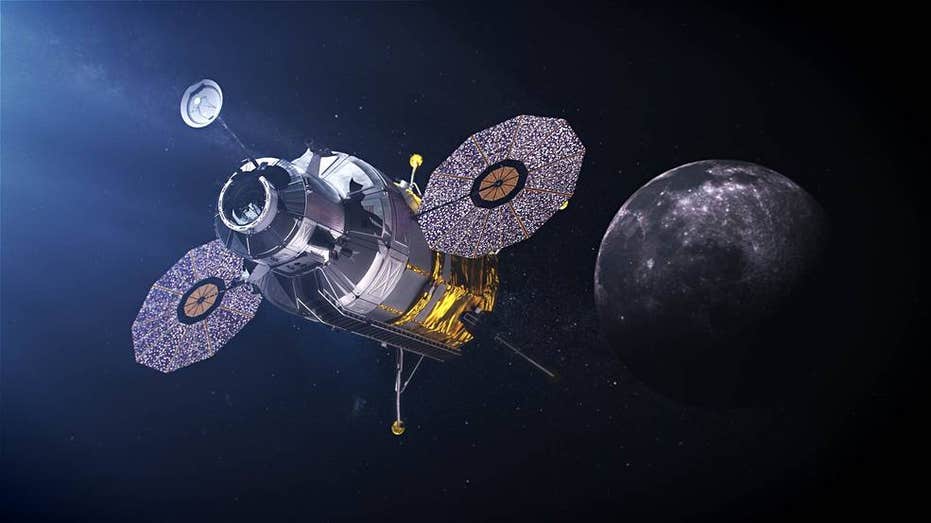 Both HLS and the Gateway program to build an outpost orbiting the moon received "significantly less funding in fiscal year 2021 than required to meet NASA’s initial acquisition strategy," the report noted. NASA is also behind schedule on the development and testing of its next-generation spacesuits.

"Given the time needed to develop and fully test the HLS and new spacesuits, we project NASA will exceed its current timetable for landing humans on the Moon in late 2024 by several years," the agency said.

The inspector general's office predicts 2026 will likely be the Artemis program's earliest timeframe for humans' first return to the Moon in more than 50 years.

The audit's release comes a week after NASA administrator Bill Nelson warned humans' return to the moon would likely occur no earlier than 2025.

Nelson, who said that the Trump administration's 2024 goal for humans' return to the moon under the Artemis program is not "technically feasible", cited Congress not appropriating sufficient funds for the HLS competition and the COVID-19 pandemic as major factors in the Artemis program delays.

"Going forward, NASA is planning for at least 10 moon landings in the future, and the agency needs significant increases in funding for future lander competition, starting with the 2023 budget," he said.

The audit has outlined nine recommendations for NASA to increase the accuracy, transparency, and safety of human space flight going forward. However, NASA disagreed with two of the recommendations to maintain an annually updated Artemis-wide cost estimate and an accounting of per mission costs, arguing the moves would "reduce contractual transparency to key stakeholders."