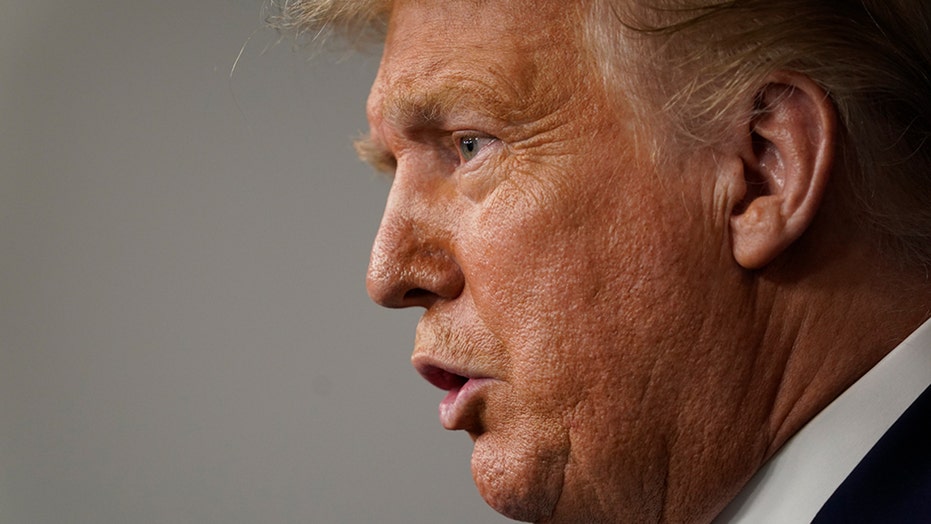 Trump fears November will be the greatest election disaster in history; reaction and analysis on ‘The Five.’

MSNBC host Joy Reid appeared giddy over the idea of a "President Pelosi" amid a hypothetical election debacle.

Over the past several weeks, President Trump has expressed his deep opposition towards mail-in voting amid concerns from the coronavirus outbreak. Following his explosive tweet that suggested the delaying of the November election, Trump warned that allowing mail-in voting could prevent the determination of a decisive winner for "days," "weeks," even "months."

Harvard Law School professor Laurence Tribe, an outspoken critic of the president, joined Reid on Friday's installment of "The ReidOut" to urge Democrats not to play Trump's "game" of allowing him to continue to be president if no winner is determined following the election. He stressed Trump cannot legally declare himself the "default" winner.

"He can't really do it," Tribe told Reid. "The default solution in our system is President Nancy Pelosi. And I can think of worse things than that."

"You have made, I think, a lot of peoples' nights, Laurence Tribe," Reid gleefully reacted. "President Pelosi, hmm."

Reid launched "The ReidOut" last week and was panned for her softball interview with former Vice President Joe Biden, who was the first guest on her show.