Fox Nation host Lawrence Jones reacts to the speakers and messages from the Conservative Political Action Conference in Orlando, Florida.

MSNBC contributor Donny Deutsch doesn’t think former President Donald Trump will be an option to represent the GOP in the 2024 because he’ll be in jail.

“Donald Trump is going to go to jail, I really believe that,” Deutsch said on Friday, citing taxes, banking issues and insurance fraud as reasons why he could get locked up.

“Donald Trump will not be a candidate in 2024, Donald Trump will not be a viable alternative, but you’ve got every one of these Republicans that just somehow believe this is the Holy Grail and if they move away from him they won’t get re-elected a year from now, two years from now, three years from now,” Deutsch said. “And they’re not wrong, I mean when you still see that 75 percent of Republicans think that he should be the man … they are lemmings at this point.” 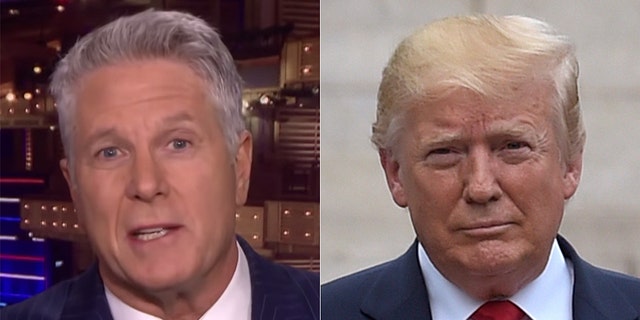 MSNBC contributor Donny Deutsch doesn’t think former President Trump will be an option to represent the GOP in the 2024 because he’ll be in jail.

Deutsch then said the state of the Republican Party is clear because the ongoing CPAC event is loaded with speakers who continue to support Trump.

“It is the radical Republican Party right now and it is a Republican Party of cowards,” Deutsch said. “They are right now just paying homage to this false god, false idol Donald Trump and just protecting their jobs. It’s not more complicated than that.”

Deutsch has a complicated relationship with Trump. He appeared on the first three seasons of Trump’s reality show “The Apprentice” and called him a “friend” in 2016, but he has since become one of his more hyperbolic critics.

In 2017, in a segment that made his colleagues cringe, he challenged him to a fight “in the schoolyard” after Trump made disparaging remarks about “Morning Joe” hosts Joe Scarborough and Mika Brzezinski.

Last year, the outspoken Deutsch compared Trump to Adolf Hitler and blasted any Jewish Americans who planned to vote for him. Deutsch also apologized last year for using the term “yellow man” while criticizing “racist” Americans who trusted information from Trump about the coronavirus.

Yet, Deutsch also hinted in 2019 he would vote for Trump over far-left Sen. Bernie Sanders, I-Vt., before being rebuked by Scarborough.

Deutsch is a frequent guest on “Morning Joe” and “Deadline: White House” and hosted a short-lived Saturday night MSNBC talk show that began and ended in 2019.