President Biden is facing a crisis of confidence in his ability to serve as commander in chief due to the overwhelming negative fallout he is receiving over the botched Afghanistan withdrawal, but MSNBC analyst Claire McCaskill was a big fan of his first address to the nation since troops fully withdrew.

Biden pinned partial blame on former President Donald Trump for some of the chaos that unfolded during the withdrawal during a widely criticized Tuesday speech.

“I thought it was slightly defensive but brutally honest,” McCaskill said Wednesday on “Morning Joe.” 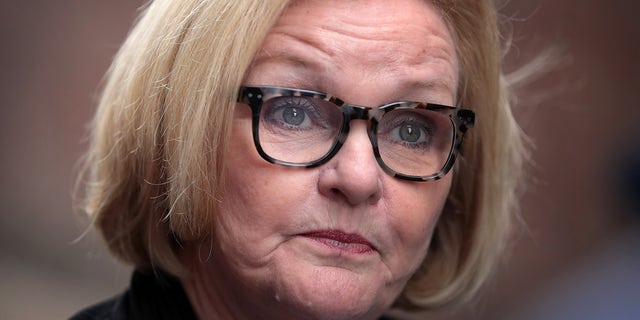 “He laid out exactly why he made in decision, and why he’s standing behind it. In many ways, I found it refreshing,” McCaskill said. “Nobody really believed that the Afghan government would melt away as quickly as it did.”

Former “View” co-host Meghan McCain was among the critics of Biden’s speech.

“[Thirteen] American soldiers are dead – most of them between the ages of 20-23 because they were put in harms way chaotically in the line of fire of a suicide bomber. Disappointed and disgusted President Biden says ‘this couldn’t have been done in a more orderly manner,'” McCain reacted on Twitter.

McCain then went personal, invoking Biden’s decades-long relationship with her family as the president and her late father John McCain worked alongside one another in the U.S. Senate.

“This is extremely difficult for me to say: I once thought I truly knew Joe Biden and he helped me through pain and grief, for which I am grateful,” McCain wrote. “This man on tv giving this speech, I do not recognize this man.”

Public confidence in Biden has also diminished due to the Afghanistan withdrawal, according to a CBS News poll released last week, which found that the majority of Americans do not consider Biden to be competent, focused or effective at the job. In addition, the president’s overall approval rating dropped to 50%, down from 58% in July, and 74% said the removal of U.S. troops has gone very or somewhat badly.

At least 45 members of Congress have called for Biden’s removal from office since the Afghanistan withdrawal went awry.