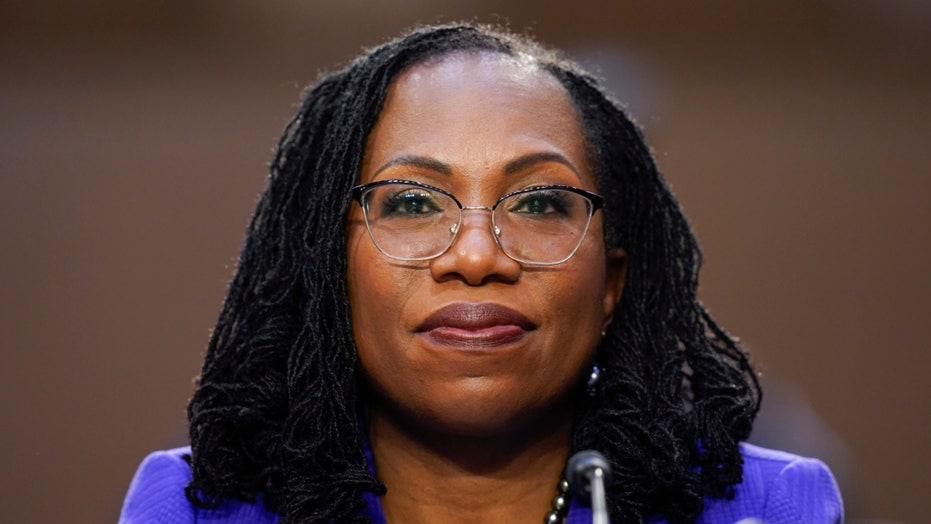 During the Senate hearing for Supreme Court nominee Ketanji Brown Jackson on Monday, the “All In” host attacked what he called conservative “whining” over the judge. He further added that conservatives have no reason to complain with a court majority that was “dubiously obtained.”

“Conservatives love nothing more than to be both victor and victim. Just utterly addicted to whining even with a dubiously obtained 6-3 majority and Roe about to fall,” Hayes tweeted. 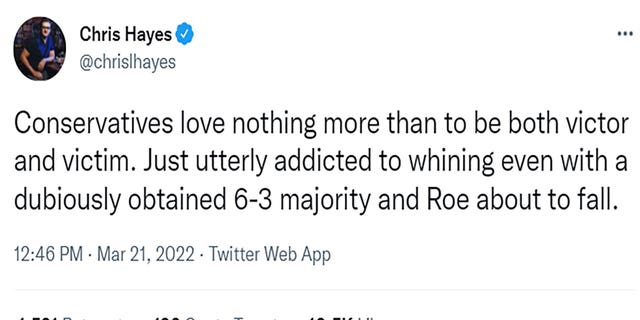 While Hayes’ comments about conservatives echo similar sentiment among media figures, critics took notice of his claim that the Supreme Court was “dubiously obtained.”

“’Dubious’ for democratic elections to matter or to restore powers to democratically elected governments that were stolen by unelected judges without a basis in anything done by the people,” National Review writer Dan McLaughlin added.

“These incessant attacks on the Court ignores Justice Breyer’s own admonishment that the left was creating a perception of a political court that was both untrue and undermining the essential trust in the institution,” he added. “He warned that ‘the perception of political influence can only feed that perception, further eroding that trust.’” 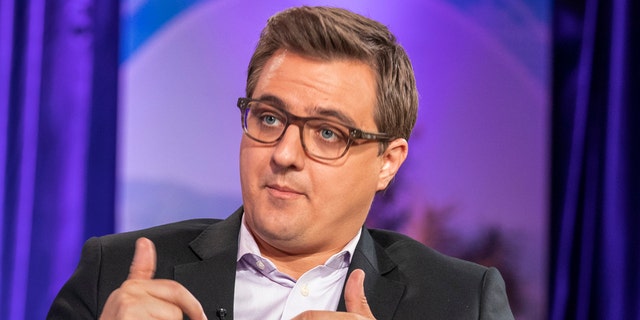 During Justice Amy Coney Barrett’s Senate hearing in Oct. 2020, Hayes tweeted, “The thing I find most notable about ACB’s answers today is that the GOP traded a hundred thousand American lives for her seat on the court, and there are thousands of Americans walking around healthy right now who will be sick and dead by year’s end.”

In Jan. 2021, he also bashed the female justice tweeting a photo of Barrett with President Trump with the caption “Wonder if Amy Coney Barrett has pictures like this framed and up in her house or not.”

Reporters are pouncing on Republican criticism of Jackson following a Twitter thread posted by Sen. Josh Hawley, R-Mo. The senator used examples from Jackson’s record as a judge to allege that Jackson has been lenient on child sex offenders.

Outlets like CNN and the Washington Post stated that Hawley’s claims had been taken out of context. The Nation’s Elie Mystal suggested on MSNBC that Hawley’s attempt to bring up Jackson’s record was trying to get her killed. 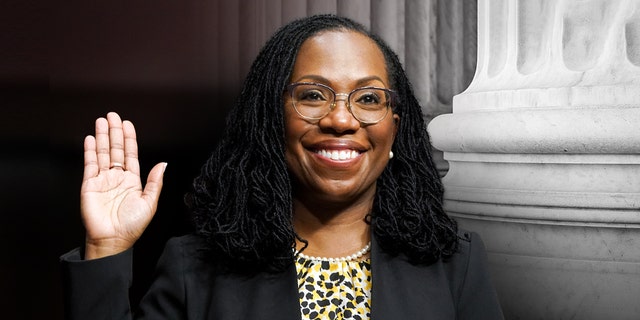 WASHINGTON, DC – APRIL 28: Ketanji Brown Jackson, nominated to be a U.S. Circuit Judge for the District of Columbia Circuit, is sworn in to testify before a Senate Judiciary Committee hearing on pending judicial nominations on Capitol Hill, April 28, 2021 in Washington, DC. The committee is holding the hearing on pending judicial nominations.
(Photo by Kevin Lamarque-Pool/Getty Images)