MSNBC is being criticized for not disclosing links between the Joe Biden presidential campaign and one of the channel's medical contributors, who has made dozens of on-air appearances during the coronavirus pandemic.

According to NewsBusters, Dr. Vin Gupta has appeared on NBC News ten times and on MSNBC a whopping 31 times between July 15 and Sept. 15. However, neither station has disclosed Gupta's ties to the Democratic candidate on their air.

CNBC reported in January that Gupta had "worked as a volunteer advisor for Joe Biden’s 'Biden for President' group." Last month, the medical news outlet MedPage Today reported that Gupta would be under consideration for the post of Surgeon General in a Biden administration.

Despite this, viewers likely only know Gupta as a "global health policy expert" and an "MSNBC medical contributor." 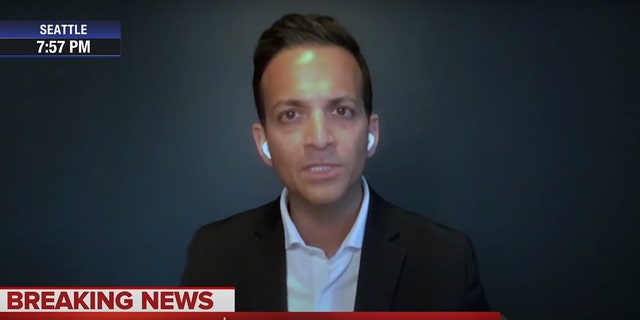 "The liberal media love to pose as the Defenders of Science, and part of the game they play is by turning to medical experts with left-wing political backgrounds that they hide," NewsBusters executive editor Tim Graham wrote on Tuesday. "Dr. Gupta is touted by his medical credentials as he bashes Trump like every other MSNBC political pundit. This tactic seemed most egregious as MSNBC brought Dr. Gupta on TV every night to 'fact check' the Republican convention on the coronavirus."

MSNBC did not immediately respond to Fox News' request for comment, but the channel is not the only network accused of brushing the political ties of medical experts under the rug.

Frequent CNN guest Dr. Rob Davidson is billed as an "emergency room physician," while the network does not disclose that Davison ran for Congress as a Democrat in 2018.