Mrs Hinch is a Instagram cleaning sensation who is well known for her cheap, quick cleaning hacks. She posts regularly on her social media to reveal any hacks that she has found while cleaning her Essex home. Fans have now set up Facebook pages to share their own cleaning finds with each other, and one Mrs Hinch fan has shown how to remove mould and grime from the grout in the bathroom.

One cleaning fan posted to the Facebook group Mrs Hinch Cleaning Tips the best hack to clean the grout in your bathroom tiles.

Many people tend to forget to clean the grout in their bathroom but this is an important step of cleaning as it will kill bacteria and other harmful germs.

The woman revealed that she used one of Mrs Hinch’s favourite cleaning products to get the grout looking white again.

She wrote: “DON’T JUDGE! Moved into our rental and the bathroom floor was left like this! Decided to give the pink stuff a go! Amazing! Tiles are now shining!” 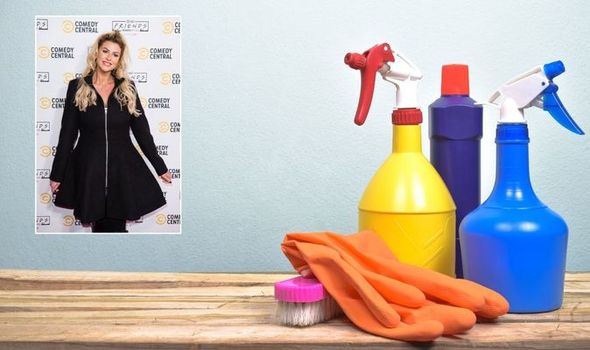 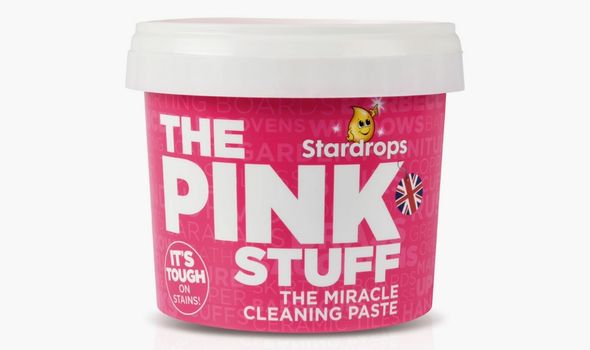 The woman then posted a before and after photos of her blue bathroom tiles.

The before snap showed the tiles looking dull and the grout in-between the tiles had mould and grime build up.

She revealed that she added a generous amount of the Pink Stuff paste onto the tiles and worked it in with a bristle brush.

Scrubbing the grout with a bristle brush will destroy any of the harmful bacteria that is living on the tiles.

Using a toothbrush may also be used to get precise application but this may take longer.

The after photo showed the tiles looking sparkling with the grout completely clean and white.

One cleaning fan commented saying that the tiles looked like they had just been put in the bathroom and how they looked good as new.

Another woman replied to the photos and said: “Did mine the other day! Think i got about 30years worth of grime up.” 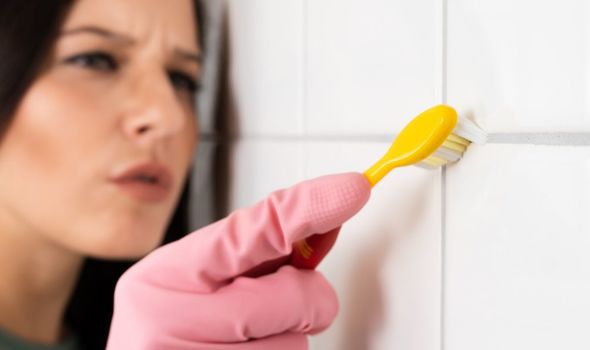 Pink Stuff paste is one of Mrs Hinch’s favourite cleaning products, along with many of her fans. This is because the product is so versatile and can be used on many different appliances.

It has a thick, paste consistency that claims to be gentle on surfaces but tough on stains.

Comments soon flooded asking where the miracle product can be bought. 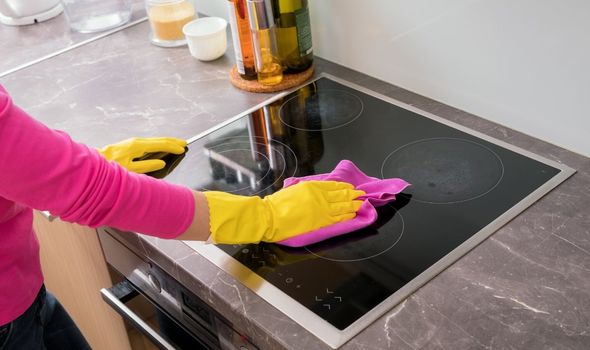 The product can also be used on a variety of different surfaces including stainless steel taps, stainless steel sink and has also been seen to remove grime from the bottom of a saucepan.

Mrs Hinch herself has been seen to use the Pink Stuff paste on her oven and hobs. She says that she leaves the paste to sit for a few minutes and then she will wipe it away with one of her favourite cleaning pads, known as a Minky to reveal her sparkling kitchen.

According to Star Brands, the company behind the Pink Stuff, the cleaner is a : “Hardworking, cream cleaner designed to help you remove stains from around the home whilst being gentle on surfaces.

Previously, a woman revealed that she used the paste to remove rust from her old radiator.

Another user shared how she managed to clean her white trainers with the Pink Stuff and they came out looking brand new.

The company has since bought out different varieties of the Pink Stuff.

There is now a multi-purpose cleaner which fans have taken to Facebook to reveal how great it is for cleaning kitchen surfaces.

There is also a cream cleaner too which many have used to clean her electric hobs.