Minnesota voters weigh in on the 2020 presidential election

The most vulnerable incumbent in the House of Representatives ahead of this year's general election is Minnesota Democratic Rep. Collin Peterson, according to a new FiveThirtyEight report.

Peterson has been in office since 1991 representing Minnesota's 7th District — the largest in the state — which leans more red than blue and voted for Donald Trump in 2016.

"Peterson’s chances come down partly to the makeup of his rural district in western Minnesota. The 7th Congressional District is 26 points more Republican than the country as a whole, according to FiveThirtyEight’s partisan-lean metric, making it the most GOP-leaning House seat held by a Democrat," FiveThirtyEight wrote in a blog post explaining the findings.

The "Deluxe" version of FiveThirtyEight's House forecast gives Peterson a one-in-four chance of winning the district against Republican Michelle Fischbach, who served as Minnesota's lieutenant governor from 2018 to 2019 and was the state's first female Senate president in 2017.

Peterson, who is running for his 16th term in office, has previously been elected in a red-leaning district due to his moderate political stances and interest in agricultural issues, according to the poll analysis website. 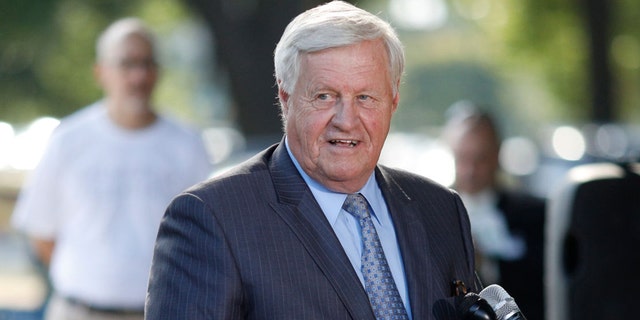 Fox News reported last week that Peterson personally charged taxpayers $39,113 for auto mileage reimbursements between 2017 and 2019, according to public spending records. He also billed his campaign $9,048 for mileage over the same time period, including $8,349 for mileage on his private, single-engine airplane.

"I have a lot of ground to cover to meet with constituents," Peterson said in a statement to Fox News at the time. "It's an important part of my job as representative."

Peterson spokesperson Sue Dieter confirmed that Peterson’s "private auto mileage reimbursement includes his travel by plane and auto to meet with constituents throughout the 38 counties in the [7th District], and also travel between his home in Detroit Lakes and Minneapolis-St. Paul to get to and from votes in Washington, D.C."