Powerful investors are calling on other Australian mining companies to take steps to ensure their workplaces are safe and inclusive after an investigation launched by Rio Tinto uncovered systemic sexual harassment, bullying and racism.

Rio Tinto, the nation’s second-largest miner, earlier this week released the findings of an investigation by former sex discrimination commissioner Elizabeth Broderick. She surveyed more than 10,000 employees and found more than half of the workforce had been bullied in the past five years, more than 30 per cent of women had been sexually harassed, and 21 women had experienced actual or attempted rape or sexual attack. 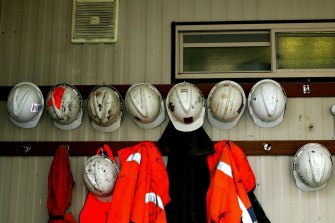 Shareholders in Rio Tinto on Wednesday described the findings as “extremely concerning” and said they would monitor the company’s progress after chief executive Jakob Stausholm vowed to implement all 26 of the report’s recommendations.

Debby Blakey, head of the $68 billion superannuation fund HESTA, said Rio’s decision to commission a comprehensive, independent and transparent enquiry “must be acknowledged”, and other mining industry executives and board members should consider taking similar steps.

“HESTA will be writing to mining companies to understand how they are considering these issues and will seek to engage with senior management and boards on how they are overseeing company culture and ensuring high standards of workplace safety and employee wellbeing,” Ms Blakey said.

The Australian Council of Superannuation Investors (ACSI), whose 39 members own on average 10 per cent of every ASX-listed company, said there were significant challenges to be addressed “both at a company level and across the sector as a whole”.

“While the findings of Elizabeth Broderick’s research are confronting, it is important that this report has been made public and that Rio’s CEO Jakob Stausholm has taken responsibility for the failings as well as giving a commitment to implement all the report’s recommendations,” ACSI chief executive Louise Davidson said.

“Investors will continue to monitor Rio Tinto’s progress in addressing the recommendations of the report.”

Rio Tinto ordered the workplace investigation in 2021 after internal reviews and parliamentary inquiries into issues including sexual harassment on mine sites and the treatment of Aboriginal cultural heritage uncovered failures in the company’s culture, attitudes and processes.

Mr Stausholm, who has led the miner for one year since a management clear-out in response to the destruction of Aboriginal heritage at Juukan Gorge in the Pilbara, on Tuesday said the findings demonstrated that the company was at the “foothill of the mountain, but we are determined to get to the top”.

“I’m absolutely determined to address these things that should not happen,” Mr Stausholm said.

As well as sexual harassment, the Rio Tinto report also addressed racism and bullying. Nearly 40 per cent of Rio Tinto’s Aboriginal and Torres Strait Islander employees said they had experienced racism in the past five years.

“It’s not just a couple of sites where things have to change,” Mr Stausholm added. “This is much more systemic.”

Across Western Australia, other resources companies are tackling similar workplace behaviour issues to Rio Tinto. However, when questioned this week, none would commit to undertaking an independent and publicly transparent review of its workplace culture.

“Our members spoke loud and clear about unacceptable behaviour on site and their lack of trust in managers and supervisors to take action,” Mr Walton said. “Women told us about being threatened with ‘blacklisting’ if they pursued complaints of sexual harassment.”