Every year the John F. Kennedy Presidential Library and Museum gives out a Profile in Courage Award, named for JFK’s 1957 book spotlighting eight senators who took unpopular, politically difficult positions in the interest of the public good.

This year’s winner is Sen. Mitt Romney (R-Utah), the JFK Library announced late last month. The honor is for Romney’s promotion of democracy and the rule of law, at a time when both had been under assault from President Donald Trump and nearly all of his fellow Republicans.

Usually the award ceremony takes place at the library, with a full audience and a member of the Kennedy family on hand to present it. This year’s event will be virtual because of the coronavirus pandemic. And that’s a shame.

Standing on a stage in Boston with a member of the Kennedy family would have reprised one of the most important moments of Romney’s political career: the signing of a 2006 law that brought nearly universal health care to Massachusetts.

Romney, who as governor had been the bill’s most prominent architect and advocate, was the star of the show. But at his side was Ted Kennedy, the longtime Democratic senator, a brother of JFK and an icon of American liberalism.

Romney and Kennedy had worked together on the reforms, and, at the ceremony, Romney was happy to talk about their collaboration. He already harbored presidential ambitions and, back then, an elected official could make a name for himself in the Republican Party by demonstrating his ability to craft landmark legislation.

But that was a very different era.

An Unlikely Partnership, From A Different Era

The alliance between Ted Kennedy and Romney was always improbable, at least to those who didn’t know either man. A decade earlier, Romney had challenged and nearly beaten Kennedy in a brutal Senate campaign. He’d then gone on to wage a successful campaign for Massachusetts governor.

But Kennedy didn’t hold grudges. He also believed that the only way to pass ambitious liberal reforms was through compromise. One of his biggest regrets from public life was not pushing harder to broker a deal with then-President Richard Nixon, who in the early 1970s had proposed a conservative health plan that would have led to most Americans getting insurance.

Although Romney’s scheme for achieving quasi-universal coverage wasn’t the one Kennedy would have chosen, he wasn’t about to pass up another opportunity. He helped Romney get special regulatory approval that the plan needed from the U.S. Department of Health and Human Services, then lobbied liberal allies in Massachusetts to get behind the initiative. 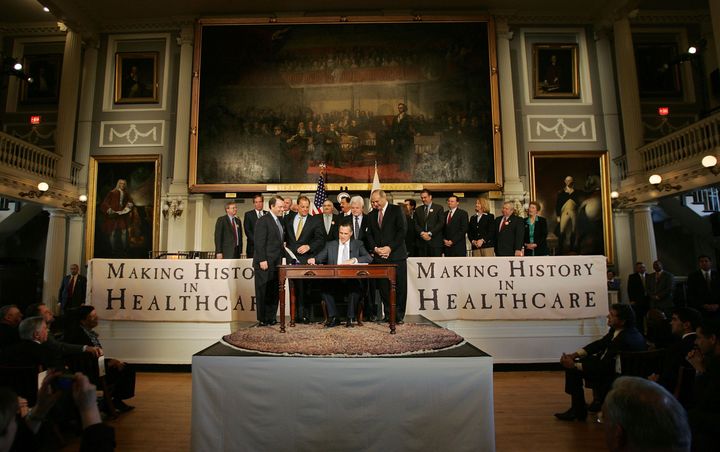 At the signing ceremony, Kennedy joked about their partnership and predicted that the law would become a template for national reforms. He was right. The Massachusetts reform scheme was a model for the Affordable Care Act, which became law four years later.

Inspiring “Obamacare” had not been Romney’s goal, of course, and there’s no evidence that helping the uninsured was even his motivation. But Romney was a problem solver, going back to his days as a consultant and then head of Bain Capital. And as a newly elected governor, he quickly discovered that the state’s biggest budget challenge was sustaining its high spending on health care.

After devouring spreadsheets and PowerPoint decks, and quizzing policy experts who gave him long briefings, he settled on the quasi-universal coverage scheme because it seemed more efficient than subsidizing charity care at hospitals, as the state had traditionally done.

Then he negotiated with Democrats, including not just Kennedy but also leaders in the state legislature, because it was the only way to pass legislation.

The Republican Fringe, Then And Now

In promoting the health care plan and ignoring political advisers who warned that some of its features might alienate anti-government conservatives, Romney was following in the footsteps of another Republican politician who had, in similar fashion, broken with more ideologically minded members of his party.

That Republican was Romney’s father, George, the former governor of Michigan.

As a rising star in the 1960s, George Romney had fought with members of his party who were lining up against civil rights and declaring war on the “welfare state.” In a famous 1964 GOP convention speech, he warned that these fringe elements were becoming too influential. Mitt, then just 17, watched the speech from the front row.

George Romney lost that fight and, a half-century later, the heirs to that fringe movement have taken over the GOP, although these days it sometimes seems to be as much a cult of personality around Trump as it is a triumph of right-wing governing philosophy. The point is to get and to keep power, and if that requires flouting the rule of law or basic principles of democracy, Republicans generally do not seem troubled by it. 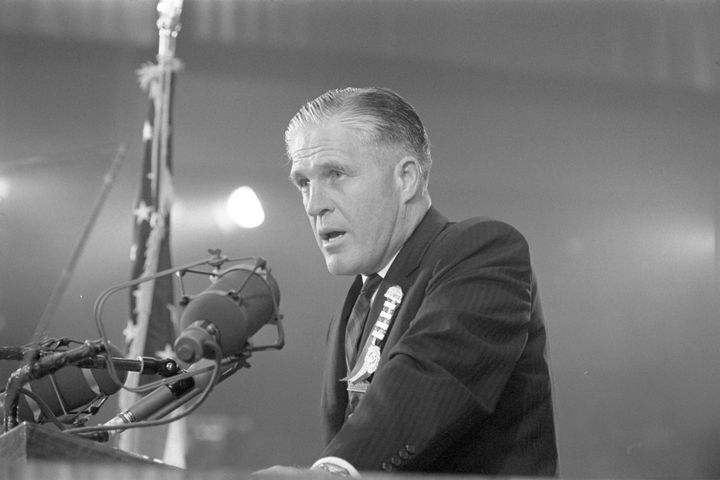 But Mitt Romney does, and he has acted on that impulse repeatedly since becoming a senator from Utah in 2018. He voted to remove Trump twice, the first time for abuse of power during the Russia investigation and the second time for incitement of insurrection in an attempt to overturn the result of the 2020 presidential election. He also voted to certify the Electoral College results on Jan. 6, the pro forma action Congress was taking on the day of the insurrection.

Those votes earned Romney grief from Trump and his supporters ― in one instance, captured on video and then spread virally over social media, while Romney was at the airport waiting for his flight in advance of the Jan. 6 certification.

When a Trump supporter asked him if he was prepared to reject the election results because Democrats had supposedly stolen the election, the unfailingly civil Romney replied, “No, I’m not.”

“We have a Constitution, and the constitutional process is clear, and I will follow the Constitution,” Romney said. “And then I will explain all that when we meet in Congress.”

The Future For Romney And His Party

It’s hard to figure out what place Romney has in the Republican Party going forward.

Trump has left the White House, but his presence still hovers over the party. And although the Republican caucuses in Congress are smaller following the 2020 losses, they are also more extreme, both philosophically and temperamentally. Only a handful joined Romney in voting to remove Trump the second time, even though the trial came just weeks after rioters literally threatened their lives. 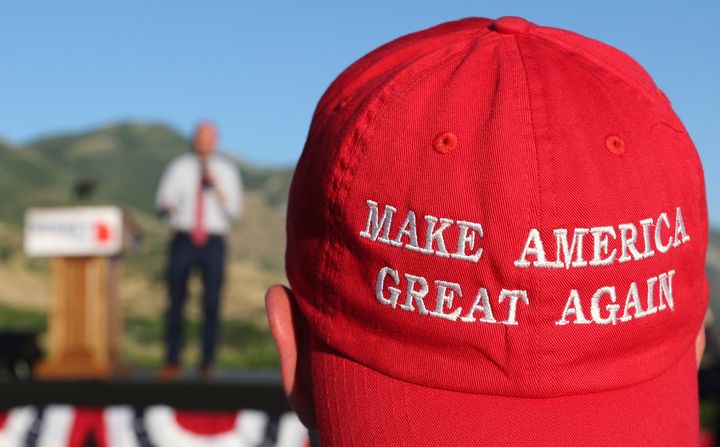 Romney’s problem-solving attitude also feels anachronistic. Back in 2006, he imagined the Massachusetts health care law as a signature accomplishment on which he could base a future run for president. But when he became the GOP nominee in 2012, he had to distance himself from the plan because mere association with Obamacare had become such a political liability among Republicans.

More recently, Romney has been among a small group of Republicans reaching out to the Biden administration over policy initiatives, including a “child allowance.” But most Republicans, including caucus leaders, are not engaging seriously on policy and focusing more energy on “cancel culture.”

This is probably a pretty good glimpse into Romney’s political future and, rest assured, he will be just fine. He is a very wealthy man, and his Senate seat is probably safe, although right-wing activists in Utah have been known to punish principled conservatives who deviate from the party line.

They are profiles in cowardice, and there’s no award for that ― just the harsh verdict of history.