JACKSON, Miss. (AP) — After rejecting a proposal to move a Confederate monument, a white elected official in Mississippi said this week that African Americans “became dependent” during slavery and as a result, have had a harder time “assimilating” into American life than other mistreated groups. Critics said his remarks were outrageous and called on him to resign.

Confederate symbols are being debated in many states amid widespread protests across the U.S. against racism and police violence. Monuments that have stood for more than a century outside courthouses and on other public property have been removed or relocated in other Southern states in recent days, and supervisors in several Mississippi counties are discussing the matter. 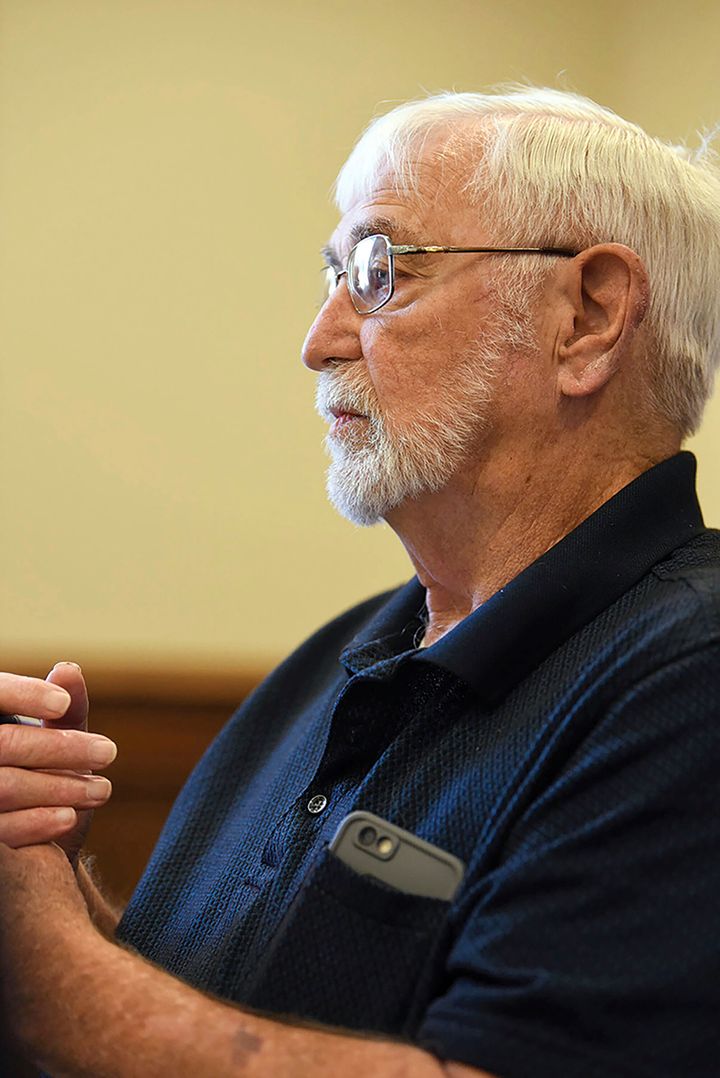 At one point during the meeting, a white supervisor, Harry Sanders, said moving the monument would solve nothing and would be an attempt to erase history.

“We need to be reminded of some atrocity that happened,” he said. “If we are not reminded about it, we are going to have a tendency to forget it and (the history) is going to repeat itself.”

After the meeting, Sanders, a Republican, was quoted by the Commercial Dispatch as saying that other groups of people who had also been mistreated in the past — he cited Irish, Italian, Polish and Japanese immigrants — were able to successfully “assimilate” afterward.

“The only ones that are having the problems: Guess who? The African Americans,” Sanders said. “You know why? In my opinion, they were slaves. And because of that, they didn’t have to go out and earn any money, they didn’t have to do anything. Whoever owned them took care of them, fed them, clothed them, worked them. They became dependent, and that dependency is still there. The Democrats right here who depend on the black vote to get elected, they make them dependent on them.”

“It’s really unforgivable how outlandish they were, knowing that he has black people in his district,” Karriem said. “His revisionist history is not accurate at all. Our ancestors didn’t want to be slaves.”

Sanders did not immediately respond to a message the AP left on his cellphone voicemail Tuesday. 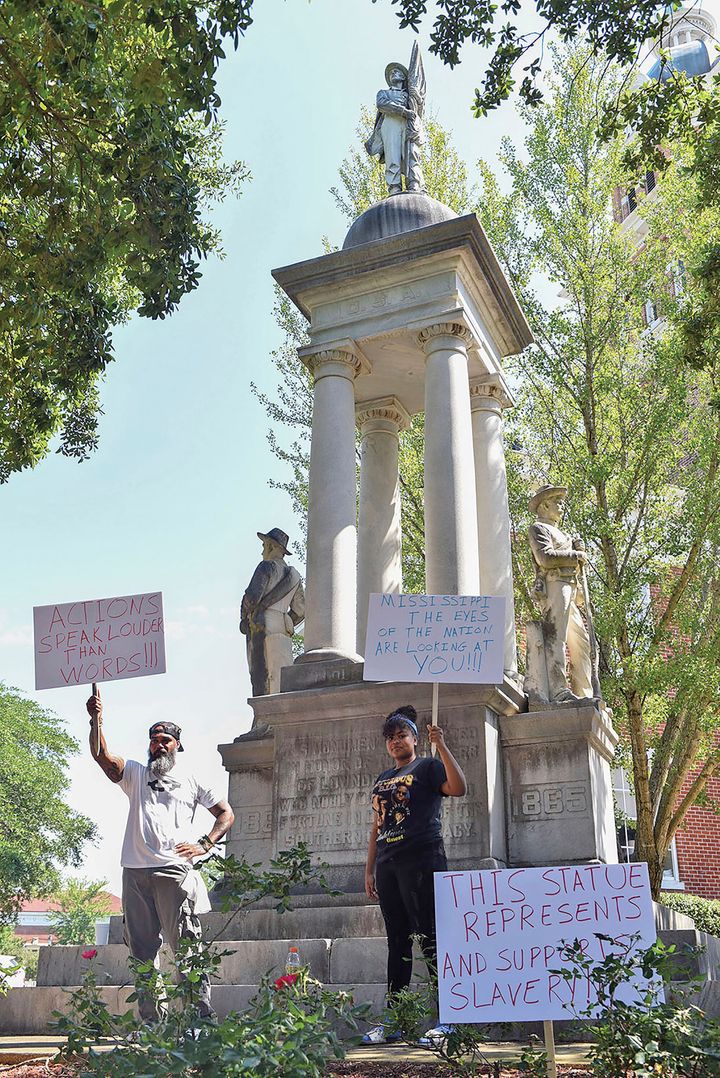 A Mississippi law enacted in 2004 says no war monument may be “relocated, removed, disturbed, altered, renamed or rededicated.” But the law also says: “The governing body may move the memorial to a more suitable location if it is determined that the location is more appropriate to displaying the monument.”

Lowndes County is 53% white and 45% black. Several black and white residents asked supervisors on Monday to move the Confederate monument. One of the two black supervisors, Democrat Leroy Brooks, said people were not trying to change history, but wanted to “rechannel some things that are offensive.”

“We are not saying tear it down,” Brooks said. “We are saying relocate it, so when people come to the courthouse and they look at it from a certain angle, they don’t see something that looks like a Ku Klux Klan.”

Mississippi is the only state with a flag that includes the emblem: a red field topped with a blue X with 13 white stars. White supremacists embedded it in the upper left corner of the flag in 1894.

Several other Mississippi cities and counties and all eight of the state’s public universities have stopped flying the state flag in recent years, saying that the Confederate symbol does not properly represent a state with a 38% black population. People who voted in a 2001 statewide election chose to keep the symbol on the flag, but recent protests are reviving debate about changing the design.

Republican Gov. Tate Reeves has said that if the flag is going to be changed, it should be done in a statewide referendum.