RM Williams has been on the block since May last year after its parent company, Louis Vuitton-backed private equity firm L Catterton, started to seek buyers for the business at a $400 million to $500 million asking price. 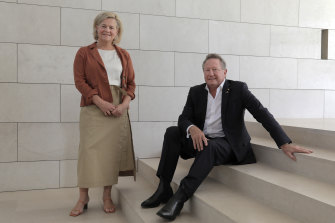 The sale had attracted a number of interested buyers including Dr Forrest's investment fund Tattarang and global private equity firm TPG Capital, the latter of which was close to finalising a deal last month.

However, sources close to the companies who were not authorised to speak publicly on the matter have confirmed TPG has pulled out of the race, leaving Tattarang as the sole interested party.

The Age and The Sydney Morning Herald have also been told that Tattarang is close to firming up a final offer for RM Williams, which if successful would see the brand return to Australian hands for the first time since 2014.

Market sources said TPG pulled out of the process after Tattarang signalled it could pay a significantly higher price for the business. The private equity firm also had concerns around RM Williams' reliance on the government's JobKeeper stimulus package, which significantly boosted the retailer's earnings for the 2020 financial year.

RM Williams' financial results for the most recent period are not yet available, but the business reported earnings of $23 million in the 2019 financial year.

Multiple sources said the business could fetch a price of 10 times earnings.

This may fall well short of the $500 million L Catterton was originally hoping for, but is still more than double the $110 million the firm paid for RM Williams in 2014. It would also create a sizable payday for Hollywood superstar Hugh Jackman, who owns a 5 per cent stake in the business.

While a luxury fashion retailer may seem like an odd pick for mining magnate and Fortescue chairman Dr Forrest, the rich lister is said to "absolutely love" the boots and wears them regularly. 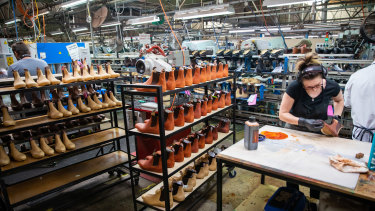 Tattarang has interests in the metals, energy and agriculture sectors. Any investment into RM Williams would diversify its portfolio.

Local shoemakers have previously expressed a desire for the retailer to return to its roots and focus on quality, rather than push for broad market appeal and international expansion.

RM Williams was founded in 1932 by Reginald Murray Williams and has changed hands three times since then, including in 1993 to a group of investors including News Corp executive Ken Cowley and media magnate Kerry Stokes, and again in 2014 to L Catterton, IFM Investors and Mr Jackman.

Both L Catterton and Tattarang declined to comment. The Financial Review first reported that TPG had pulled out of the process.