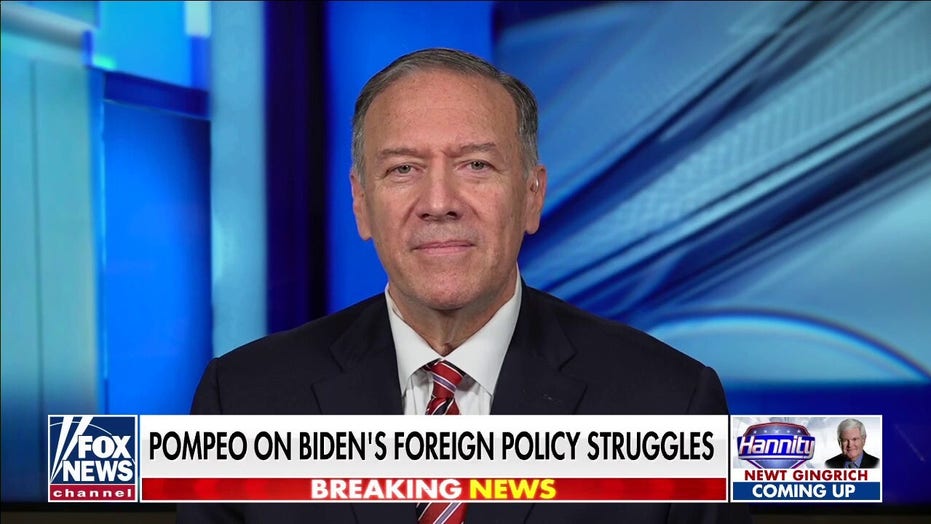 The latest on aggression from China, Iran

“We’ve demonstrated weakness with respect to the Russians for the entire … now 14 months of this administration,” he told host Sean Hannity. Such weakness started with “a free pass on a nuclear treaty [from which] we extracted nothing.” It continued with lifting former President Donald Trump’s sanctions on the Nord Stream 2 pipeline.

“And then we did the worst thing,” he said. “We shut down American natural gas and crude oil production, giving Vladimir Putin [$100] a barrel or [$93] a barrel for the crude oil that’s produced in Russia. We put his economy on super warp, and we harmed ours and lost jobs here at home.”

“These are all things I think Vladimir Putin saw very quickly,” he added. 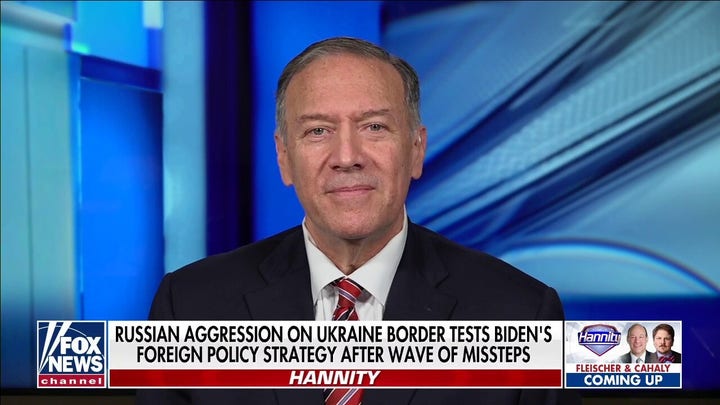 Hannity said the United States could “cripple Russia’s economy” by producing more energy than it, but it will not because President Biden is “beholden to the climate change cultists in his own party,”

“We should be crushing the Russians with” energy independence, Pompeo said. Instead, the U.S. is siding with Russia in Iran nuclear deal negotiations, discussing enabling Iran to export its natural gas and crude oil worldwide.

“This is an enormous sign of weakness. This is a failure of American foreign policy in the fundamental deterrence sense that Reagan had and that we had for our four years,” Pompeo said.

“[Russian Foreign Minister] Sergei Lavrov will eat our secretary of state’s lunch if we don’t demonstrate American resolve and the capacity and willingness to do the right things for our friends.”

The U.S. has “fail[ed] to enforce” sanctions on Iran, and Chinese President Xi Jinping can take note, Pompeo added. He predicted Jinping will “continue to try and put a stranglehold on Taiwan.”

“That does not bode well for freedom and democracy on that island.”