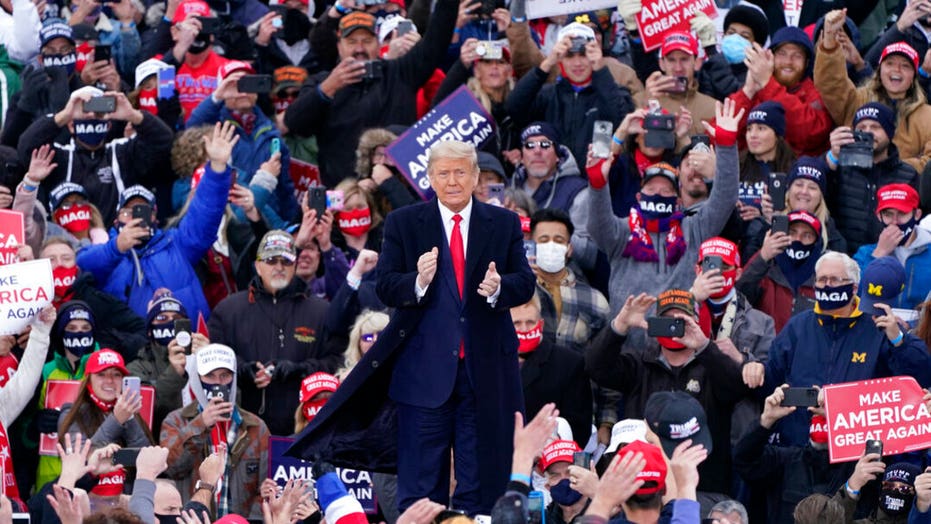 Liberal filmmaker Michael Moore is sounding the alarm five days before Election Day, strongly suggesting that polls showing Joe Biden in a comfortable lead against President Trump are not accurate.

During his appearance on The Hill TV's "Rising," Moore began by calling it "awful news" that Biden was ahead of Trump by seven points in his home state of Michigan and explained how Trump managed to cut Biden's lead "in half," citing another poll that had the Democratic nominee "16 points" ahead of the president.

"Trump has tightened virtually every one of these swing states to the point where- what are they saying this morning?… 'Biden's five points ahead in Wisconsin… maybe three points ahead in Florida, two points ahead in Arizona'… Listen, don't believe these polls,'" Moore said. "The Trump vote is always being undercounted. Pollsters- when they actually call the Trump voter, the Trump voter is very suspicious of the 'Deep State' calling them and asking them who they're voting for."

Polls are "fake news" to Trump supporter, he said.

Back in August, the Oscar-winning documentarian warned Democrats about the enthusiasm gap between the Biden base and the Trump base.

"I’m warning you almost 10 weeks in advance. The enthusiasm level for the 60 million in Trump’s base is OFF THE CHARTS! For Joe, not so much," Moore wrote in a Facebook post. "Don’t leave it to the Democrats to get rid of Trump. YOU have to get rid of Trump. WE have to wake up every day for the next 67 days and make sure each of us are going to get a hundred people out to vote. ACT NOW!"

Moore was one of the rare liberal voices who famously predicted Trump's victory in the 2016 election.