A few things were hard to ignore about the audience at first lady Melania Trump’s Republican National Convention speech on Tuesday night — especially amid the COVID-19 pandemic.

Despite recommendations by the Centers of Disease Control, most people in the crowd of about 70 gathered in the White House Rose Garden were unmasked. They also did not appear to to be sitting six feet apart.

Now CNN is reporting that most attendees were not required to test for the coronavirus beforehand, either. 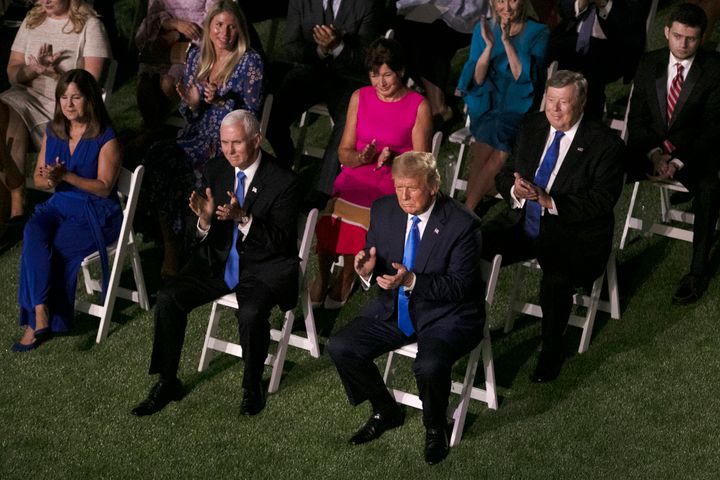 A person who reportedly attended the speech told the outlet that there were COVID-19 screening questions on the form to RSVP, but there were no COVID tests and no temperature checks at the White House before the speech.

Stephanie Grisham, the first lady’s chief of staff, confirmed to CNN that most people in attendance were not tested — especially those “in the last five or six rows.”

Yet she also clarified that there were some exceptions.

Audience members in the rows near President Donald Trump and Vice President Mike Pence were tested for coronavirus before the speech, Grisham said, as was anyone who came in close contact with them, like senior aides, staff members and the first lady’s parents. 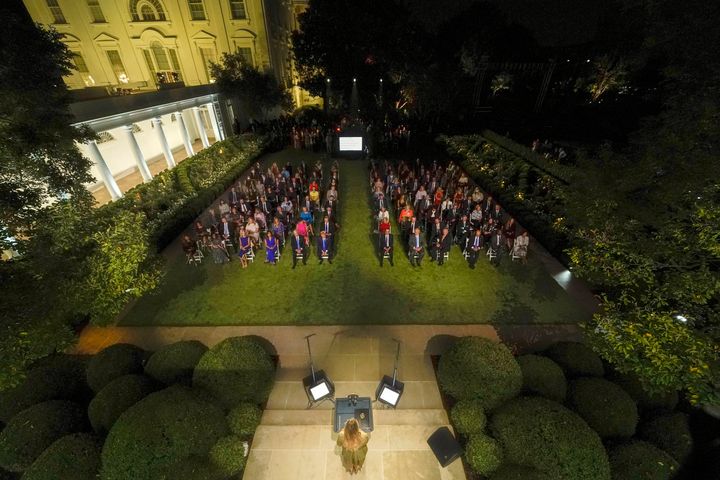 Trump campaign communications director Tim Murtaugh also told CNN that organizers consulted with a “coronavirus adviser” before the speech and that “all suggested protocols were followed.” 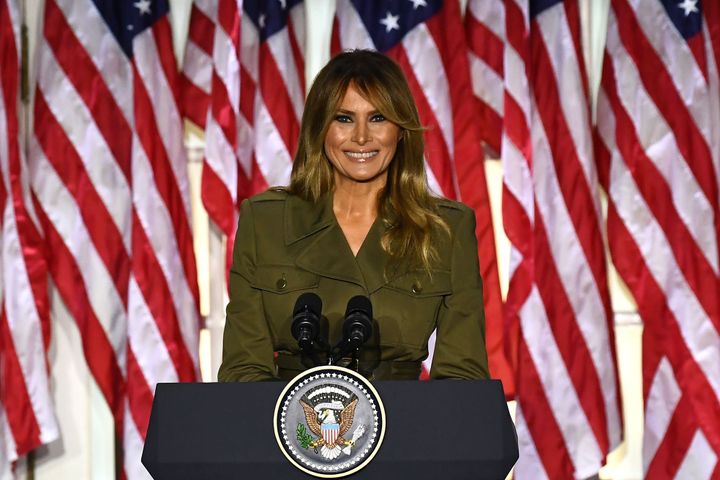 Despite her audience visibly not conforming to the CDC’s recommendations, Melania Trump was one of the few RNC speakers thus far to not completely disregard the loved ones of the nearly 180,000 people killed by COVID-19 in the United States.

﻿During her speech, she told those who were grieving that “you are not alone” and recognized that an “invisible enemy swept across our beautiful country and impacted all of us.”

That kind of message is in stark contrast to her husband’s jaded attitude that the coronavirus death toll “is what it is.”