An Intercept reporter suggesting DeSantis is to blame for the condo collapse, an MSNBC anchor trashing Bill Maher as an "angry White man," and a CNN anchor cozying up to Ron Klain round out today’s top media headlines.

“The View” co-host Meghan McCain flamed U.S. athlete Gwen Berry Tuesday over her controversial protest against the American flag and the National Anthem during an awards ceremony at the U.S. Olympic trials over the weekend.

In a scathing, emotion-filled rebuke, McCain slammed Berry for creating a potential national security risk by making it easier for autocratic world leaders to deflect criticism from the U.S. over how they treat their citizens, defended the importance of the flag to other people who’ve risked their lives by serving in the military, and backed Rep. Dan Crenshaw, R-Texas, over attacks following his criticism of Berry.

“I just want to first and foremost say that Dan Crenshaw is an American hero. He’s a Navy SEAL that got his eye blown out, among other things, and was on Navy SEAL teams that killed terrorists and did incredible things defending our nation,” McCain said in response to attacks on Crenshaw from her co-hosts over his criticism of Berry.

“The problem I have is this woman is doing this internationally. And if anyone just saw Vladimir Putin’s recent speech when he met with President Biden, he’s using the propaganda that America is an irredeemable craphole against us, saying, ‘You think your country is so great over there? … You don’t even treat your people correctly.’ At the same time where he’s literally imprisoning people,” McCain added. “And we’re having our enemies and propagandic [sic] dictators using our own propaganda against us, which, in turn, turns into a real national security risk.” 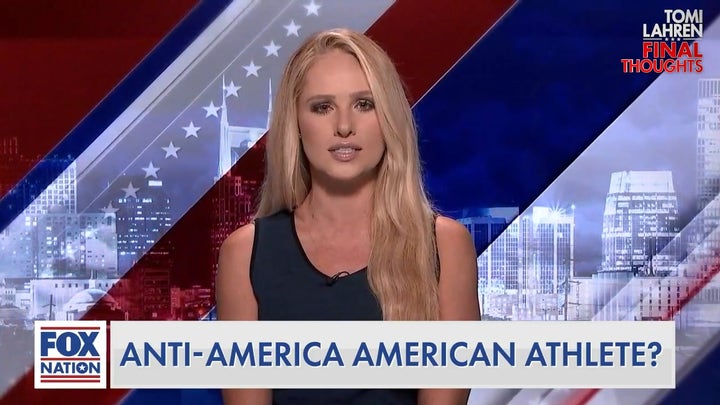 “My other problem with this is I don’t understand why we all can’t have shared experiences in this space, or have our own stories, because for some reason my relationship with the flag isn’t allowed anymore. My love of the American flag, my love of the National Anthem,” she said.

McCain relayed a story her father, the late Sen. John McCain, told her about his time as a POW during the war in Vietnam. She said that one of her dad’s cell mates, Mike Christian, sewed a makeshift American flag into his prison uniform so he and his fellow prisoners could say the Pledge of Allegiance every day.

“One day the Vietnamese captors found that and beat the living crap out of Mike Christian, to the point that his eyes and his body was so badly injured that he could barely move. And the second that he was able to move again — do you want to know the first thing Mike Christian started doing?” McCain said. “He started resewing the American flag into his prison garb so his cell mates could say the Pledge of Allegiance and remember what they were doing and what they were fighting for in prison for America.”

“So excuse me if I don’t think some of these athletes are representing America in the same way,” she added. “I will die on this hill that it is not appropriate or patriotic to go to a foreign country where you’re supposed to be representing America, and act like it’s just about you. It’s not about you, it’s about all of us.”