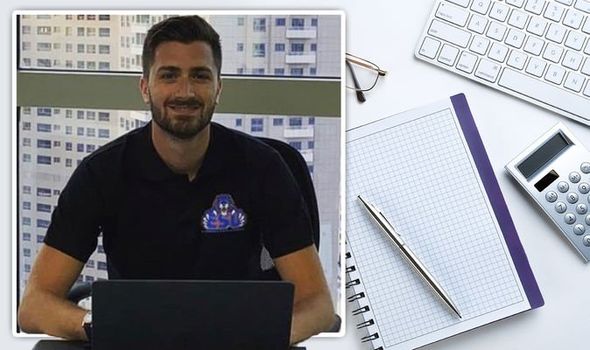 Greg Cooke started his first business as a teenager and eight years on, he has built an eCommerce empire. In an exclusive interview with Express.co.uk, he told the story of his journey to the top and shared his tips to the next generation of young entrepreneurs.

Mr Cooke’s entrepreneurial spirit was sparked at just 15 years old by his then girlfriend and now fiancée’s father.

“He told me about buying and selling things online from China and I was instantly hooked,” he explained.

“Then he gave me an envelope with £80 in it for Christmas and said, ‘Go and start your own business.’

Mr Cooke has also had more traditional jobs, 16 in fact since the age of 16, but always ran his own business on the side in one form or another.

In the last few years, he has been able to focus solely on his eCommerce business, founding Asset E-Commerce in 2018.

The company continued to grow and then received a big boost due to the impact of the COVID-19 pandemic, with lockdowns meaning more people began making purchases via eCommerce.

Today, 23-year-old Mr Cooke earns more than £500,000 a year, as his successful company has served 99 different countries, or 56 percent of the world.

The entrepreneur suggested tips for young people looking to start their own business, rather than going for the traditional route of university.

He said: “I was never given any other option apart from university, profession or trade.

“I did awful in my GCSEs, I suffer with severe dyslexia, dyspraxia and dyscalculia and have mild ADHD.

“All you get drilled into you is this route which is fantastic for some people, but there’s always going to be a group of people who don’t really know what to do.

“If you’re a good person, you’ve got good morals and you’ve got a good work ethic, and if you’re able to follow your passion, you will always find your way.”

He continued: “You will find your path, just keep stepping forward. Just keep putting one foot in front of the other and don’t overthink it.

“Follow something you are passionate about. If your only goal is to make money, you’ll never make money.

“When you do something that you care about, you forget about the pressures of money. The reason a lot of businesses fail is that they start with the wrong intentions.”

He added: “If someone told me they wanted to start a business, the first thing I would ask them is what do you care about, what are you passionate about?”

Mr Cooke also explained how his fiancée, who he met when he was 15 and now works with him, has been a huge part of his rise to prominence.

“In the early days, I would have sacrificed anything to make the business work, so at times I completely sacrificed my health,” Mr Cooke said.

“She came to live with me and she did the little things which I wasn’t taking care of.

“She would check in on me and say, ‘Come and sit with me for an hour’, which allowed me to switch off.”

“She handles the social media side of the business. People ask how on earth we work with each other, but it just works for us.”

The pair are inseparable, even completing a 50-kilometre ultramarathon together recently.

“We live together and train together, so there’s not much time when we’re not together,” Mr Cooke said.

Mr Cooke’s eCommerce empire is now a seven-figure business, but he is not content and will keep pushing forward to continue building his hugely successful company.