What do Amazon, Fox Corporation, and Walgreens all have in common?

At least eight major corporations employ staffers who worked for Biden during his decades as a senator, vice president, and presidential candidate, according to an Insider analysis of staff lists, social media, and employment databases. The companies all have significant business before the federal government.

The diaspora of former Biden aides to powerful companies isn’t surprising, given the president’s long track record in Washington politics. Unlike President Barack Obama and Donald Trump, Biden spent decades in Washington before becoming president, and his new ethics pledge doesn’t necessarily limit lobbying by his vast network of former aides who were close to him 10 or even 20 years ago.

Good government experts are keeping close tabs on where Biden’s allies are now in positions of power. And they’re monitoring how corporations that former Biden staffers work for are trying to shape the administration’s policies on everything from stimulus spending to Big Tech regulations.

“The people that he likes the most and sees, he doesn’t view them as what their corporate hats are at the moment, he sees them as his former staffers,” said Jeff Hauser, founder and director of the Revolving Door Project, a nonprofit that tracks executive branch appointments. “So to the extent to which personal relationships serve to camouflage the economic interests they’re serving, I think it’s a real concern.”

Watchdogs hailed Biden’s ethics pledges as improvements over those of the Obama administration. As for the Trump administration, “massive conflicts of interest” were “practically a job requirement for service,” the watchdog group Public Citizen wrote in an analysis of cabinet officials.

Jeff Connaughton, a former Biden Senate staffer and former lobbyist, said what matters most is Biden’s appointments to key enforcement and regulatory positions, “and not that there are random, former Biden people working for Facebook. Biden has slowed the Wall Street and big law revolving door while the Obama administration was filled with Wall Street people from the very beginning,” Connaughton said in an email to Insider.

Still, Public Citizen ethics lobbyist Craig Holman said, Biden staffers “have access, they do know who’s who, so they are available for corporations to hire.” 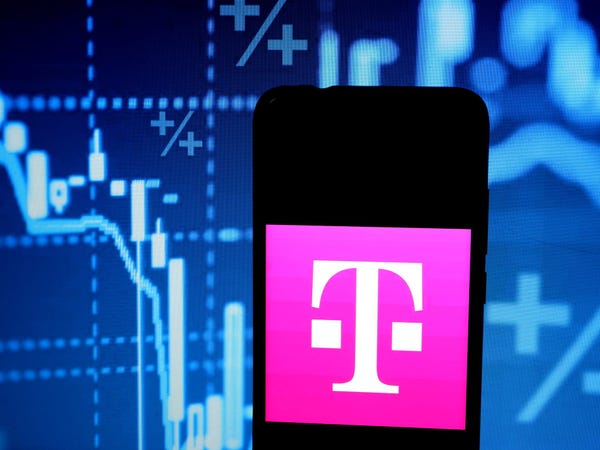 Russo’s daughter identified herself as Biden’s goddaughter in an Instagram post that her father shared on November 7, the day most media organizations declared Biden the winner of the 2020 election. “Proud Dad, tearing up. Congrats to democracy and all who participated!” Russo tweeted, sharing the post of his daughter pictured with Biden.

Russo worked for Biden for four years, from 1996 to 2000, serving as Biden’s legislative counsel. He’s also been Biden’s golfing buddy, who played with him at Joint Base Andrews when Biden was vice president. “He loves it when he out-drives me,” Russo told the Washington Post in 2011. Biden has described Russo as his “third son,” according to the newspaper.

Russo’s latest lobbying report shows he worked on legislation to promote access to broadband and to secure 5G systems, two areas of interest for the Biden administration.

T-Mobile spent about $9.9 million on federal lobbying in 2020, according to its most recent lobbying disclosures compiled by the Center for Responsive Politics. The T-Mobile media relations team confirmed that Russo is a registered lobbyist. 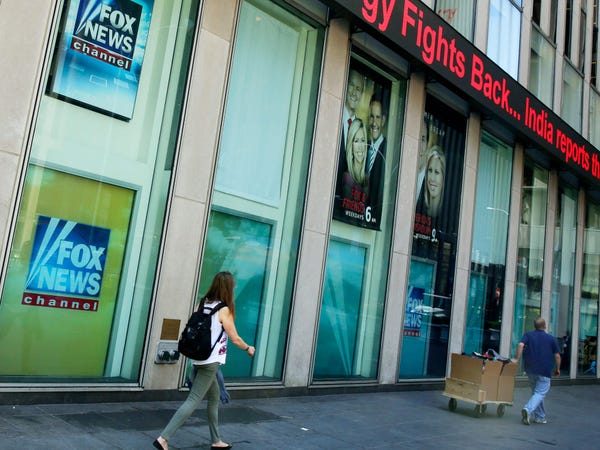 O’Brien was a longtime Democratic Senate staffer, who served as chief of staff to former Sen. Robert Torricelli and Sen. Robert Menendez, as well as Biden when he served in the Senate.

O’Brien worked in Biden’s Senate office for three-and-a-half years, from 2003 to 2006. He left to work in senior roles on Biden’s short-lived 2008 presidential campaign.

“Danny has not only real substantive depth on domestic and foreign policy issues, he also understands how to get things done,” Biden told Roll Call in 2015.

O’Brien worked as the government relations leader for GE Transportation before he landed in 2018 at Fox, leading on “legislative, regulatory and strategic policy matters,” according to his company bio. Fox Corporation is the parent company of Fox News, whose top media personalities are among Biden’s most pointed critics.

Fox Corp. spent about $3 million on federal lobbying in 2020, according to its most recent disclosures compiled by the Center for Responsive Politics. Online privacy, sports betting, advertising, and media ownership are among the issues listed on the company’s latest lobbying disclosure reports.

O’Brien and Fox did not respond to Insider’s request for comment for this story. 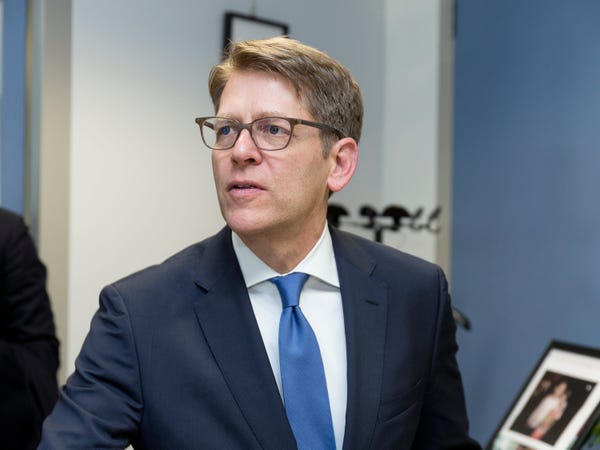 He served on Biden’s VP staff for about two years, working alongside veteran Biden aides Ron Klain, Mike Donilon, and Tony Blinken — all of whom are now key players in the Biden administration. Carney went on to serve as White House press secretary for Obama, then left the administration in 2014.

Union rights could cause the Biden White House and online retail giant to clash. Biden has already used his perch in the White House to offer his support for Amazon workers pushing to unionize. Biden tweeted a video cautioning against “intimidation or threats by employers” ahead of a pivotal union vote in Alabama among Amazon workers.

Amazon and its subsidiaries spent nearly $19 million on federal lobbying in 2020, including lobbying the White House, according to its most recent disclosures compiled by the nonpartisan Center for Responsive Politics.

Carney declined to comment on the record, and Amazon did not respond to Insider’s request for comment for this story. 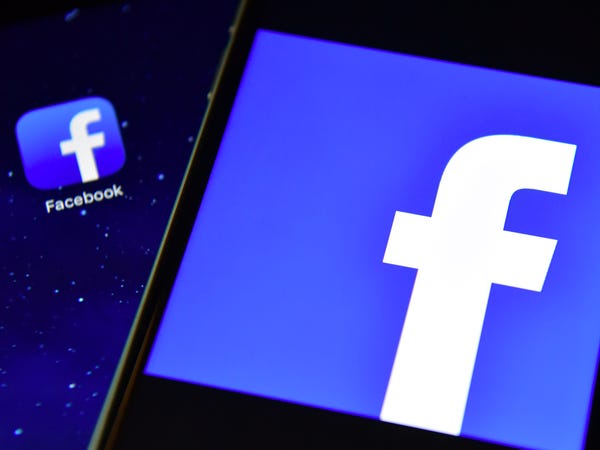 Facebook hired Isaac in February as its director of international strategic response, according to Isaac’s LinkedIn profile.

She’s a veteran political and policy expert who has worked in corporate America, the White House, and on Capitol Hill. She served on the Biden transition team as one of the volunteers charged with preparing the Treasury Department for the new administration.

Isaac’s last corporate job was as senior director of North America policy at LinkedIn, where she worked from 2015 until she left in February. Isaac spent five years in the Obama White House, including more than two years working on legislative affairs for then-Vice President Biden. She also worked on Capitol Hill for Senate Democratic Whip Dick Durbin of Illinois.

Lawmakers have been calling for tougher regulations on Facebook and other social media companies, calls that were amplified after the platforms were used to spread false claims about election fraud and violent rhetoric in advance of the siege on the US Capitol in January.

Facebook spent about $19.7 million on federal lobbying in 2020, including lobbying the White House, according to its most recent disclosures compiled by the Center for Responsive Politics. 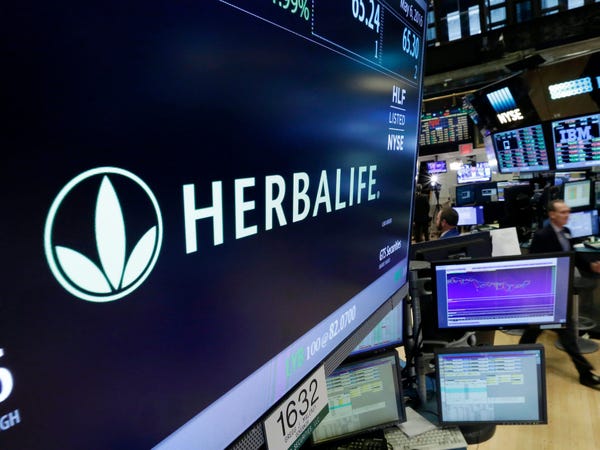 Hoffman is a longtime Biden aide who served as chief of staff in Biden’s Senate office, and later, as deputy chief of staff to then-Vice President Biden.

Since 2014, Hoffman has worked at the nutritional supplement company Herbalife, where he’s executive vice president of global corporate affairs and chief communications officer.

Hoffman, now based in Los Angeles, is a veteran Democratic insider who has also worked as PepsiCo Inc.’s senior vice president of global public policy and government affairs, and as a lobbyist for a range of corporations at the firm Timmons and Co. Inc. He was last registered as a federal lobbyist in 2008, prior to his work in the Obama White House.

He also worked in the Clinton administration, including stints as special counsel at the Justice Department, and served as an assistant US attorney.

Herbalife spent about $610,000 on federal lobbying in 2020, according to its most recent lobbying disclosures compiled by the Center for Responsive Politics.

Hoffman declined to comment for this story, and Herbalife did not respond to a request for comment. 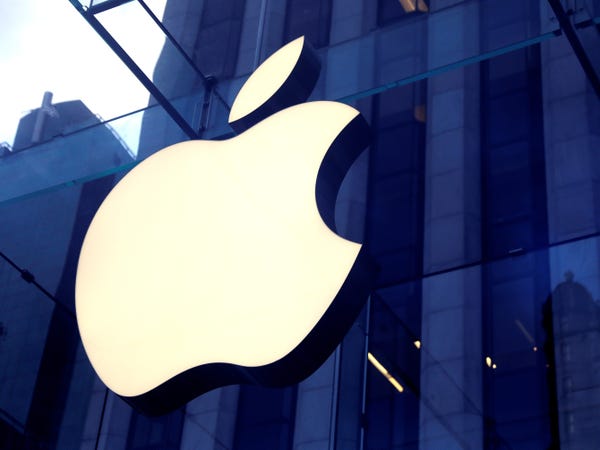 Bolduc, who’s been working on Apple’s executive operations team since 2016, served as an advance and operations director for then-Vice President Biden from 2011 until 2015.

Advance directors are responsible for choreographing politicians’ public outings. They often travel ahead of events, scope out locations, and handle the barrage of logistical details that come with politicians’ appearances.

Bolduc was also the national advance lead on Hillary Clinton’s 2008 campaign for president, according to his LinkedIn profile. He also worked as an advance staffer for Labor Secretary Hilda Solis during the Obama administration. After he left the Obama White House, Bolduc was chief of staff for government relations at the University of California, where he worked for the university’s then-president, Janet Napolitano, who was Obama’s secretary of Homeland Security.

Apple is one of the media giants that can expect to wrangle with the Biden administration and congressional lawmakers on antitrust and data privacy issues.

Apple spent about $6.7 million on federal lobbying in 2020, including lobbying the White House, according to its most recent lobbying compiled by the Center for Responsive Politics.

Bolduc and Apple did not respond to Insider’s requests for comment for this story. 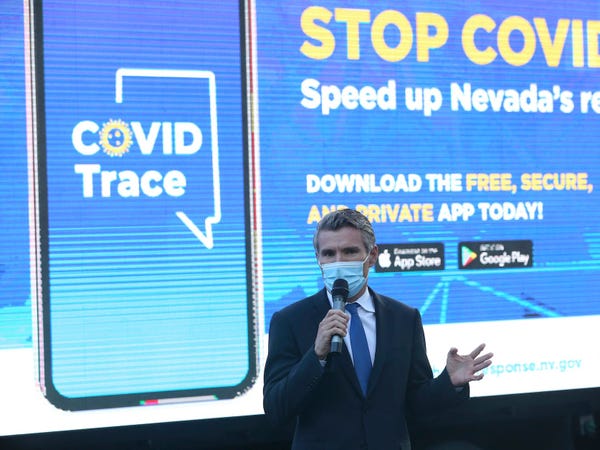 An Air Force veteran, Flynn started as a senior military aide to Biden before becoming a personal aide and advisor, and later in 2016, serving as a senior advisor to Biden, according to his LinkedIn profile.

He has worked in Las Vegas since leaving the administration in December 2016, moving up through the ranks at MGM. Brian Ahern, MGM Resorts International spokesperson, said Flynn oversees the company’s health and safety initiatives, among other things, and is not involved in lobbying.

MGM spent about $1.3 million on federal lobbying efforts in 2020, including lobbying the White House, according to the most recent disclosures compiled by the Center for Responsive Politics. 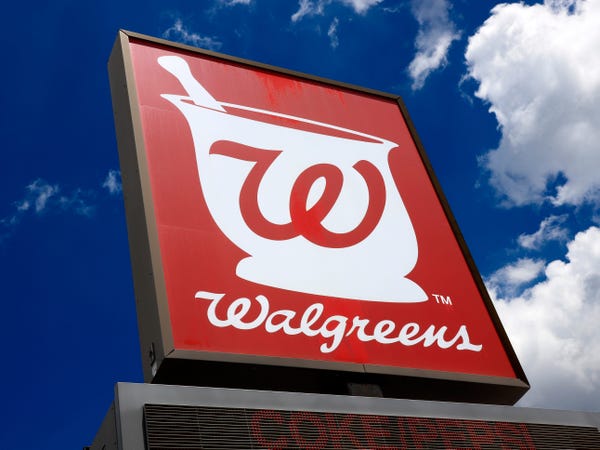 Hunger worked in Biden’s Senate office from May 2007 to January 2009, according to Legistorm. She stayed on for eight months when Ted Kaufman was appointed to fill the remainder of Biden’s Senate term when he vacated it to become vice president.

She worked in government relations for the Security Industry Association from 2012 to 2015 and then as the director of state government affairs for the Retail Industry Leaders Association until she landed at Walgreen Co. in 2016, according to Legistorm.

Walgreen Co. spokesman Fraser Engerman said Hunger worked for Biden as an “entry-level constituent relations aide.” She has had no contact with the administration “and there are no plans for her to lobby the administration” on behalf of the company.

The Walgreens Boots Alliance, the holding company that owns Walgreens pharmacies and other companies, spent about $3.2 million along with its subsidiaries on federal lobbying in 2020. That included lobbying the White House, according to its most recent disclosures compiled by the Center for Responsive Politics.