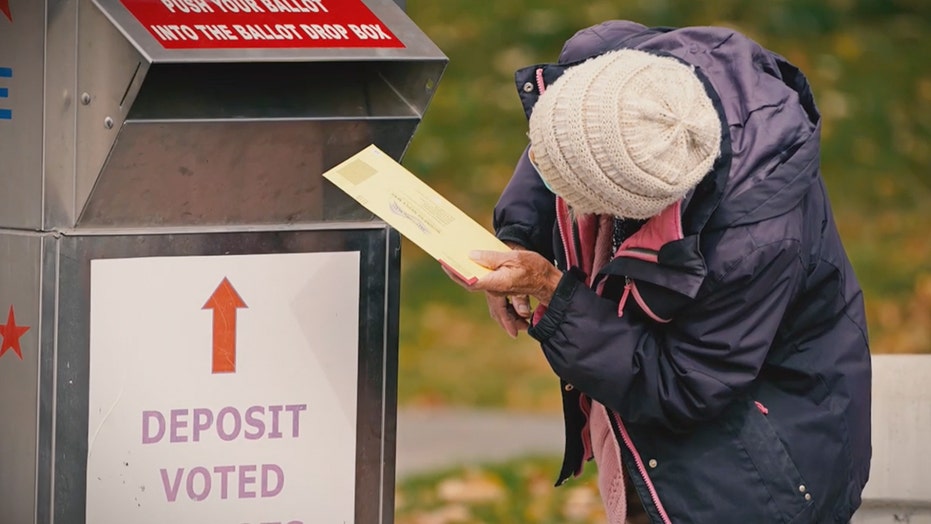 Texas state Democrats digging in with escape to DC

They are being portrayed as heroes for furtively leaving their states.

If ever there was a story—okay, a non-Trump story—that dramatized how the political press takes sides, it is the spectacle of Texas Democratic lawmakers blocking action by high-tailing it out of the Lone Star State.

Now you may think these Democrats are yellow-bellied cowards, or you may think they’re taking a principled stance to stop the GOP from passing what they view as a devastating set of voting restrictions. That’s a legitimate subject for debate.

But the Republicans have the votes to push the measure through, so the Dems are denying them a quorum, for now, by refusing to show up.

In other words, they’re foiling the democratic process while telling the world they’re trying to save democracy.

Imagine, for a moment, that Republicans in a liberal state such as New York left the state en masse to prevent the Democrats from enacting a strong voting rights bill. Wouldn’t they be depicted as obstructionists? Wouldn’t their tactics be described as desperate? Wouldn’t their approach be dismissed as foul play?

Instead, the Washington Post ran this headline yesterday: “Inside the Secret Plan for the Texas Democratic Exodus: A Phone Tree, a Scramble to Pack and a Politically Perilous Trip.”

I mean, the paper made it sound like commandos on a secret CIA mission.

Here’s the lead: “They activated the plan with a phone tree late Sunday: Pack your bags — and make sure they weigh no more than 45 pounds. Be ready to leave Austin at noon tomorrow. We’ll tell you then where we’re going.”

Their goal: “to block what they described as a full-on assault on democracy meant to make it harder for people who tend to vote Democratic to cast their ballots. It was just a question of when.”

“The hastily arranged departure added a cinematic element to the partisan wrangling in a state with a colorful political history.”

Again, I don’t think renegade Republicans would be hailed for bringing Hollywood entertainment to a “colorful” state. The coverage would be more along the lines of suppressing people of color.

Not that there isn’t grandstanding on both sides. Are Gov. Greg Abbott and his Republicans really going to follow through on their threat to have the Democrats arrested? Will the Democrats, who met with Kamala Harris yesterday, really stay in D.C. until the special session expires on Aug. 7? As the Texas Tribune put it, “On its face, it’s ridiculous to everyone but the politicians themselves. In any other workplace, that kind of manufactured drama and stress would be ominous.”

And yet the Dems-on-the-run are getting sympathetic interviews on CNN and MSNBC and profiled as to their means of transportation (ranging from a flight to a Dulles airport presser to the lawmaker who packed his family into a Jeep for the 23-hour drive.

The Texas melodrama played out against the backdrop of President Joe Biden making an impassioned speech for his party’s voting rights legislation. Yet a striking number of Democrats and liberal commentators say the oratory about Jim Crow and the big lie does nothing to break the Hill stalemate. “Biden didn’t offer much in the way of a plan,” said MSNBC’s Joy Reid.

The coverage here too is sympathetic to the Democratic side, except for Biden’s failure to embrace the lifting of the filibuster to ram through the sweeping For the People bill with 50 Senate votes. That would mean the Democrats would change the rules to achieve their end, which is fine, in this view, because the filibuster is anti-democratic (except when they’re in the minority and employ it vigorously).

But that political science debate doesn’t matter, because Biden doesn’t have 50 votes to suspend the filibuster, thanks to Sens. Joe Manchin, D-W. Va., and Krysten Sinema, D-Ariz.

So with their path pretty firmly blocked, Hill Democrats will have plenty of time to shoot the breeze with their visiting pals from Texas.