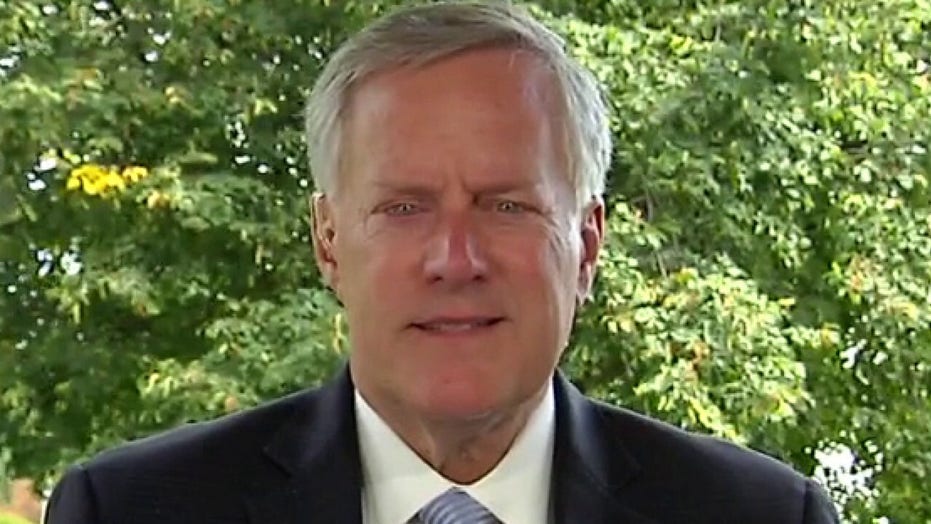 Mark Meadows on WH response to Jacob Blake shooting: Trump’s trying to ‘not make this political’

White House chief of staff Mark Meadows tells ‘The Daily Briefing’ Trump requested he reach out to the family of Jacob Blake personally.

Democratic presidential candidate Joe Biden only condemned the ongoing violence in Kenosha, Wis. and cities across the country this week because he "sees this as a political liability," White House Chief of Staff Mark Meadows charged on "The Daily Briefing" Friday.

"After 90 days [of] Portland rioting, and … month after month things have gone on, he's remained largely silent," Meadows told host John Roberts. "In fact, if anything, he's condoned it and said that there should be more of it. The problem that we have is, it's his running mate and people associated with his running mate that actually were bailing people out that got arrested for the rioting that happened in the first place. So, it's typical Joe Biden hypocrisy."

In an interview with MSNBC Thursday, Biden claimed Trump is "rooting for more violence" and "pouring gasoline on the fire," calling the violence and riots in largely Democratic-run cities a hallmark of "Donald Trump's America." 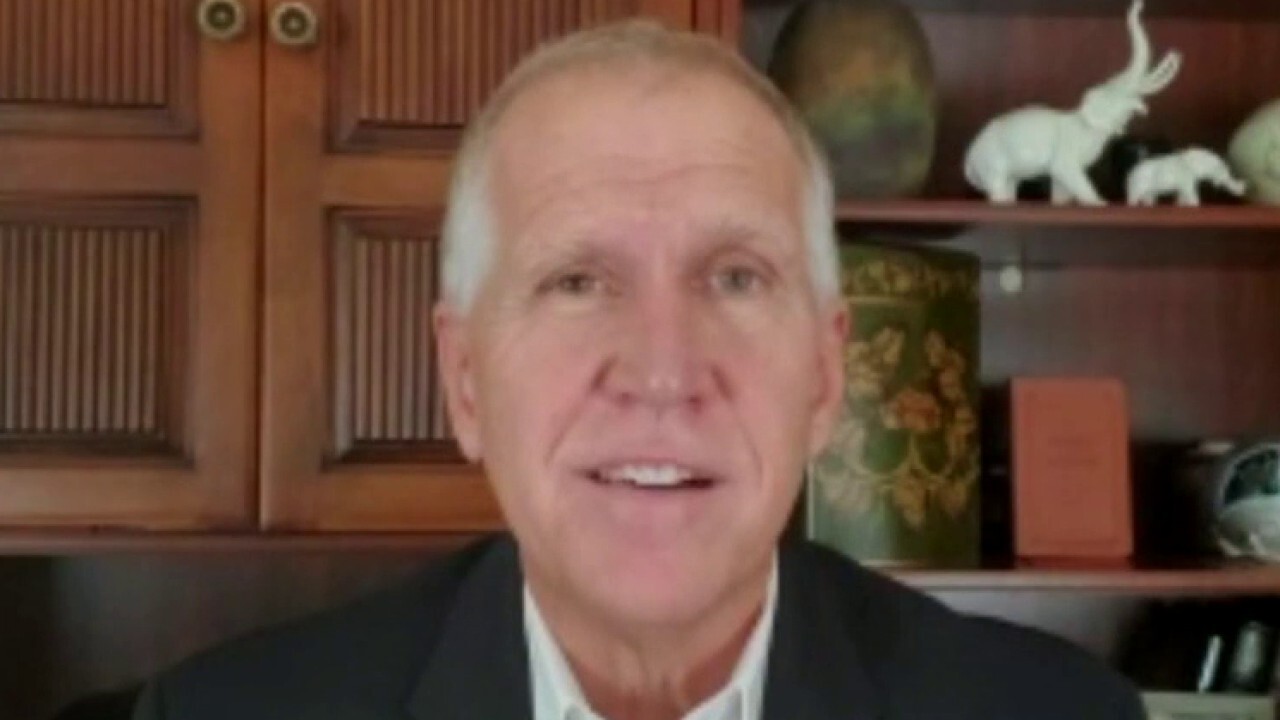 "Let’s see if he's really real about it and let's see if there is more than one comment he can point back to, hopefully in a debate, and if it becomes part of an action he is willing to take for people all over the country that are worried that their communities are no longer safe because of Democrat activism," Meadows responded.

The former congressman further called on Biden to make a strong stand in support of police officers under siege from rioters.

"What we saw on the streets of Washington D.C. last night was not necessarily a peaceful protest," Meadows said of demonstrations outside the White House on the final night of the Republican National Convention. "In fact, there were people in harm’s way and that takes away from the ultimate message."

"I will say that the president has been the only one in Washington, D.C. that's actually acted on police reform," the former North Carolina congressman added, noting that Trump had worked with Sen. Tim Scott, R-S.C., on the issue while Scott himself was condemned by top Democrats.

"The president's willing to act not only that we have safe communities but have the tools to hold people accountable."