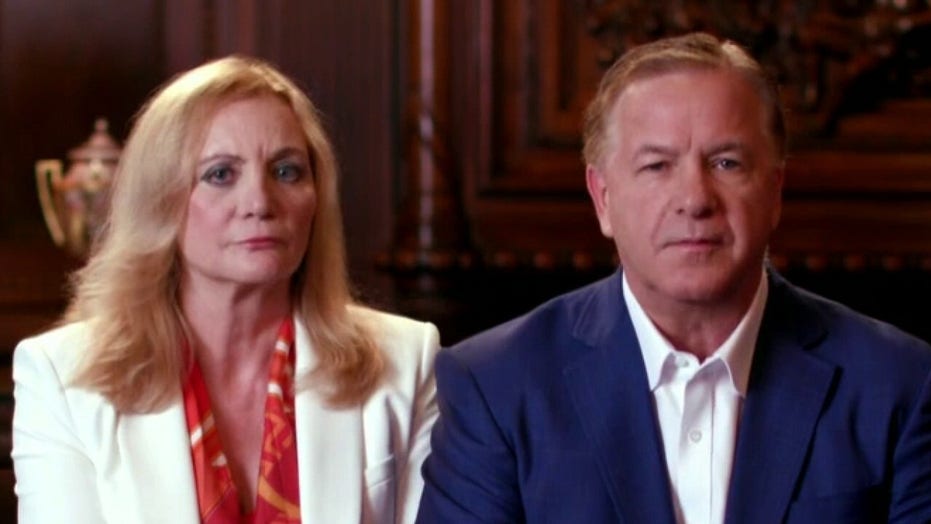 Patricia and Mark McCloskey: Your family will not be safe in radical Democrats’ America

St. Louis homeowners who defended their home from angry protesters speak at the 2020 Republican National Convention.

Mark and Patricia McCloskey, the St. Louis couple who garnered national media attention when they aimed guns at Black Lives Matters protesters in June outside their home, warned during their Monday night speech at the first night of the Republican National Convention that Americans would not be safe in a nation run by the "radical Democrats."

"The radicals are not content just marching in the streets," Mark McCloskey said. "They want to walk the halls of Congress. They want power. This is Joe Biden’s party. These are the people who will be in charge."

The McCloskeys, both personal injury attorneys, were charged with one felony count of unlawful use of a weapon after they waved guns at demonstrators near their St. Louis home in June.

The couple defended themselves again on Monday night, saying they were faced with an "out-of-control mob" — none of whom were charged with a crime — and were merely defending their home on a private street in an upscale neighborhood.

"They've actually charged us with felonies for daring to defend our home," Mark McCloskey said.

They warned that their situation is not unique, saying that it could "easily happen to any of you who are watching from quiet neighborhoods around our country."

Certain policies — such as defunding the police, ending cash bail and ending single-family home zoning — makes it seem "as if Democrats no longer view the government's job as protecting honest citizens from criminals, but rather protecting criminals from honest citizens," Mark McCloskey said.

"These are the policies that are coming to a neighborhood near you," Patricia McCloskey added. "So make no mistake: No matter where you live, your family will not be safe in the radical Democrats’ America."

Trump has frequently accused Biden, the Democratic nominee, of supporting legislation to defund the police, which is a goal of the Black Lives Matter movement.

But Biden has denied that, saying during a recent "Good Morning America" interview that he supports increasing funding for local police forces and deploying more psychologists and social workers in the field.

The McCloskeys went on to laud Trump during their speech, vowing that he would pledge Americans' right to defend themselves.

"Trump brought us the greatest economy our country had ever seen," Mark McCloskey said. "The Democrats have brought us nothing but destruction."

According to Politifact, however, despite Trump's claims of having inherited "economic decay," most of the country's economic gains of the last four years are a continuation of those that began under the Obama administration.