EXCLUSIVE: House Minority Leader Kevin McCarthy was briefed Tuesday on a classified memo regarding his request last month for information about suspected terrorists apprehended at the U.S.-Mexico border, and told Fox News he’s “even more concerned for America’s security” than he was before.

McCarthy, R-Calif., was not able to share details about the memo due to its classified status, but told Fox News the “border crisis has spiraled into a national security crisis.”

“When House Republicans traveled to the southern border earlier this spring, Border Patrol agents told us firsthand that individuals on the Terrorism Watch List had been apprehended trying to enter our country,” McCarthy told Fox News. “Since then, numerous public reports confirmed these accounts.”

“Although the briefing I received today was classified, I can tell you that I’m even more concerned for America’s security than I was before,” he said. “The border crisis has spiraled into a national security crisis, and with public reports showing that more than 1,500 individuals evade law enforcement at the border every day, it must be immediately addressed.”

McCarthy continued, “Every congressional leader and Vice President Harris should receive this same briefing to help them understand the extent of the security risks we face because of the border crisis.”

He went on, “The American people deserve leaders who are actively working to stop this crisis before the threats continue to jeopardize our communities’ safety.” 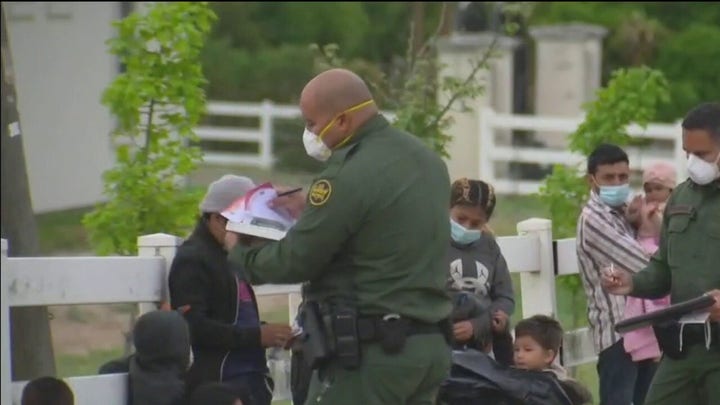 Last month, McCarthy requested a classified briefing from the CIA and FBI after two Yemeni men had been apprehended and identified on a terror watch list in the El Centro Sector in California earlier his year.

The first arrest, in January, involved a 33-year-old illegal Yemeni man who was on both the FBI’s Terrorism Watch List and a No-Fly List. The second unfolded last month in the same sector. The 26-year-old was also on both lists. The first was handed over to Immigration and Customs Enforcement (ICE) while the second was being held in federal custody.

Back in March, McCarthy and a Republican delegation traveled to El Paso, Texas, to see the situation at the border “firsthand,” and receive briefings on the ground from U.S. Border Patrol.

Meanwhile, CBP announced last week it encountered more than 178,000 migrants in April, a jump of over 900% compared to April 2020, putting into context how dramatically the numbers have spiked in recent months.

CBP encountered 178,622 migrants in April trying to enter the U.S., a 3% increase over the 172,000 encountered the previous month, which had been the highest number in 20 years.