On Sunday, mayors from two large cities dealing with surges in new coronavirus cases and deaths decried President Donald Trump’s response to the pandemic. With numbers continuing to rise, the U.S. has recorded more than 2.8 million cases and nearly 130,000 deaths due to coronavirus.

Trump, who last week said he thinks the virus will “just disappear,” has publicly undermined his own health officials fighting the virus. Until this month, he rejected the use of masks; in May, his administration shelved a report from the Centers for Disease Control and Prevention advising states how to reopen safely; and in June, he told attendees at a rally that he asked officials in his administration to “slow the testing down.”

During ABC’s “This Week” on Sunday, Phoenix Mayor Kate Gallego said her city, which is averaging the country’s highest number of new coronavirus cases per capita, is receiving no help from the Federal Emergency Management Agency, even after asking for assistance.

“This is many months in,” Gallego said of the crisis. “We’ve asked FEMA if they could come and do community-based testing here. We were told they’re moving away from that, which feels like they’re declaring victory while we’re still in crisis mode.” 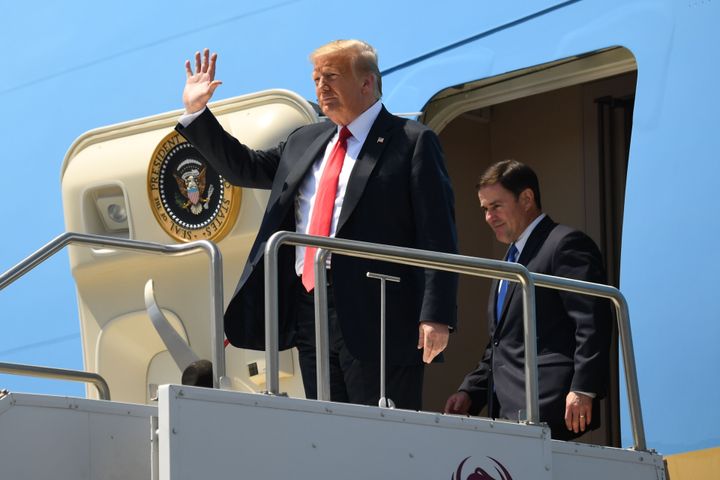 In South Phoenix, a majority Black and Latino community, people have reported waiting in miles-long lines to undergo drive-thru testing. Arizona Governor Doug Ducey is one of several GOP governors who adopted Trump’s dismissive stance toward the virus. Ducey has welcomed Trump for a walkthrough and photo op in a mask factory; he suspended a partnership with local health experts after those experts produced a study depicting a rise in coronavirus cases across the state; he instituted a stay-at-home order in Arizona weeks after other states had done so, and he’s had to order bars and gyms to close again after allowing them to reopen far earlier than many states.

Trump told attendees at a Fourth of July rally that the virus is “totally harmless” 99% of the time. Austin, Texas, Mayor Steve Adler said on CNN on Sunday that this sort of approach ”makes me angry,” adding that “it is dangerous not to be sending a clear message to Americans.”

“When they start hearing that kind of ambiguous message coming out of Washington, there are more and more people that won’t wear masks, that won’t social distance ― that won’t do what it takes to keep a community safe,” Adler said. 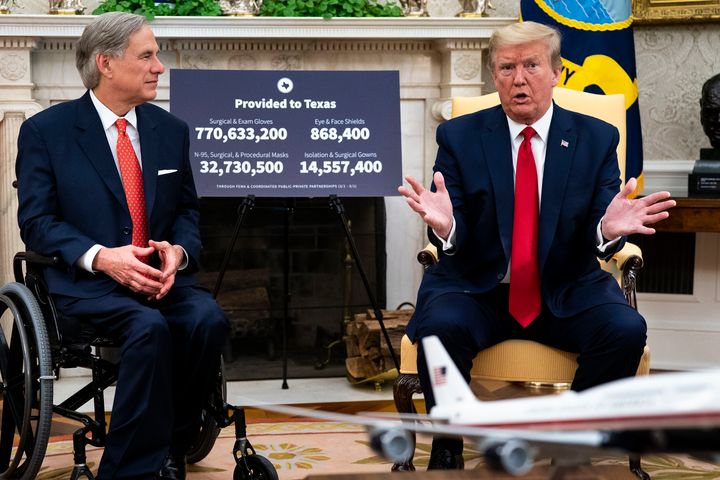 Texas Governor Greg Abbott delayed requiring Texans to stay home and nonessential businesses to close amid the pandemic. Abbott’s stay-at-home guidance wasn’t instituted until April 3, after dozens of other states had done so, and, despite pleas from Democratic legislators and health officials, he allowed nonessential businesses to reopen on May 1, before Texas had satisfied CDC guidelines for relaxing social distancing measures.

On Sunday, Adler said Travis County, which includes much of Austin, is “within two weeks of having our hospitals overrun” and 10 days away from ICUs being overwhelmed, if the current rate of infection continues.

CORRECTION: This article originally misidentified Steve Adler and the county he represents. Steve Adler is the mayor of Austin and represents much of Travis County.