For the second year in a row, Mattel's Day of the Dead Barbie is a hit, but not without controversy.

Mattel introduced the $75 doll in September, and it quickly sold out according to Mattel, just like in 2019. Last year, the response was divided between people who worried that the holiday was being used as a cash grab, and those who were optimistic about the visibility for Mexican Americans, The New York Times reported.

Day of the Dead — or Dia de los Muertos — is a holiday celebrated in Mexico dating back nearly 3,000 years, combining Catholic and Indigenous traditions. Mattel explained back in 2019 that it hoped the Barbie would "honor the holiday for the millions that celebrate and to introduce people not familiar with the tradition to the rich meaning."

Mattel did not immediately respond to Business Insider's request for comment.

Both dolls were created by Mexican American designer Javier Meabe.

"I also know how important representation is in our community, and I wanted little girls to see themselves through this doll," he said about his design this year, where he combined his own experiences and memories with research.

Read more: Retailers are struggling to attract seasonal workers for what experts anticipate will be a 'tough holiday season'

Barbie is one of the biggest winners of the pandemic, according to The Wall Street Journal. Mattel Chief Executive Ynon Kreiz said that retail level Barbie sales were up a staggering 50%, which can be partially attributed to parents trying to keep their kids off of screens. Now, Mattel is preparing to keep the momentum going through the holidays.

Take a look at the controversial, sold out doll here. 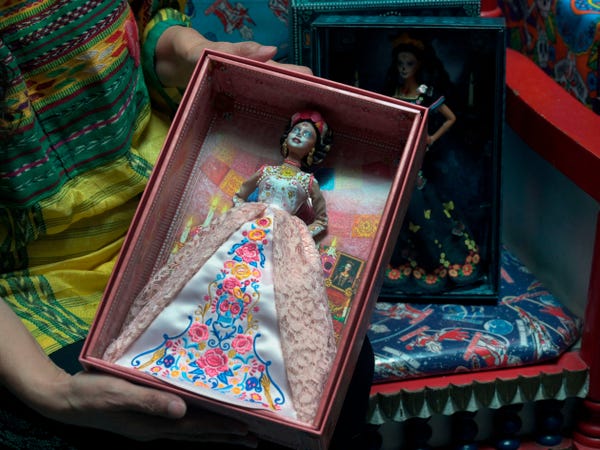 The doll's face is decorated based on the "Calavera Catrina," a popular image that emerged in art during the Mexican Revolution. 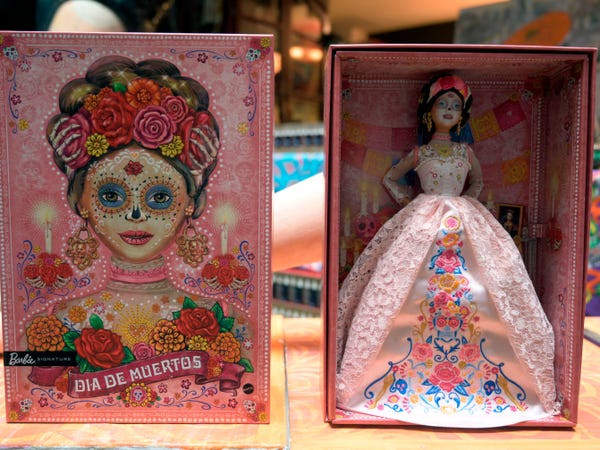 The character is often an inspiration for face paint on the holiday, and "calavera" means skull. 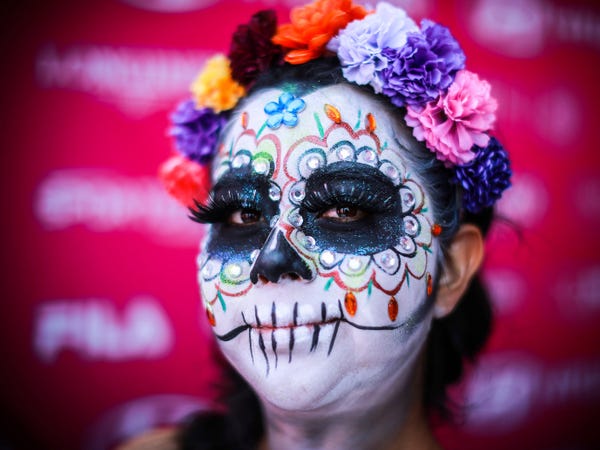 The 2020 edition also holds a bouquet of marigolds, a flower often associated with the holiday. 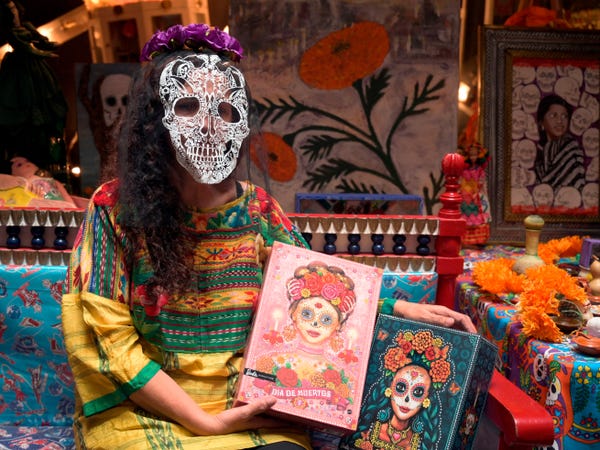 Last year's Barbie, which Mattel said was one of its best selling dolls of the year, wore a black mermaid dress also decorated with marigolds and Calavera Catrina makeup. 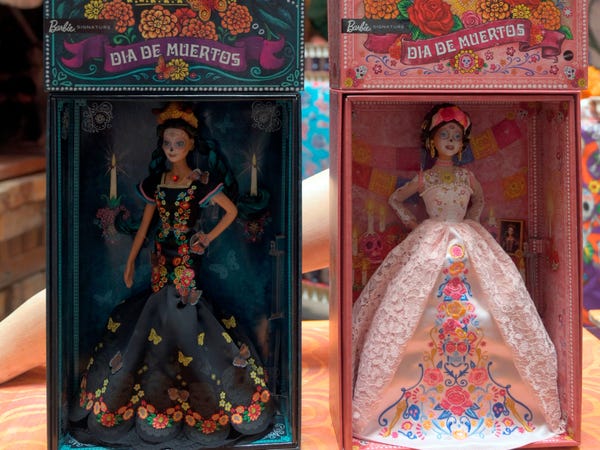 Designer Javier Meabe was responsible for both dolls. "Traditions like marigolds, skeleton details, and Calaveras makeup were elements that I knew we had to keep but introduce in a new way," he said of creating the 2020 edition. 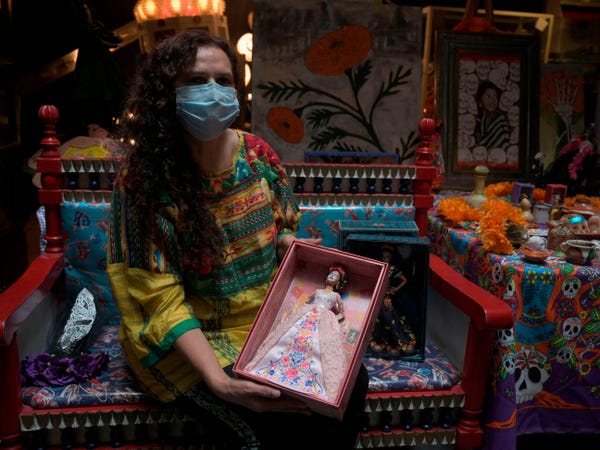 Last year, Meabe told the Times that he based the doll on dresses his mother wore. "I grew up going to Mexico and I pulled a lot of that inspiration and things that I remember growing up." 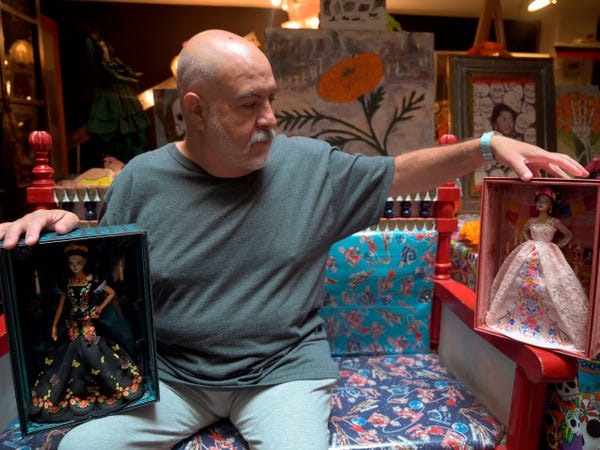 Reviews on Mattel's website are largely positive. "I bought this for my Day of the Dead altar," one buyer wrote. 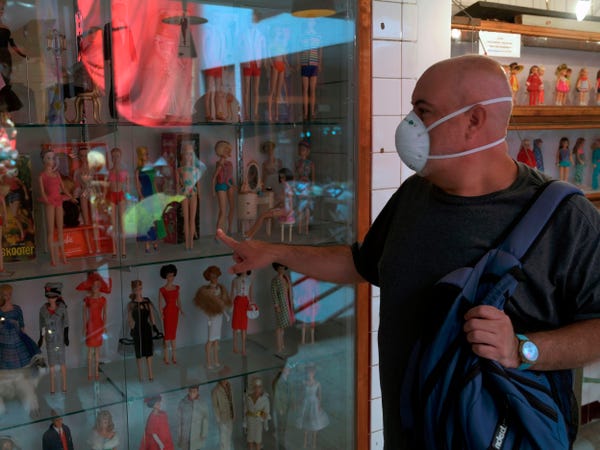 Critiques of the Day of the Dead dolls echo earlier criticisms of Mattel's Frida Kahlo Barbie doll. Critics argued that the doll erased Kahlo's disabilities and lightened her skin tone. The doll is banned in Mexico. 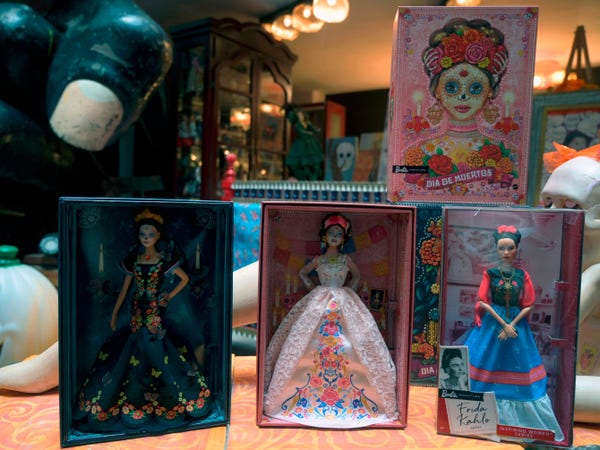