A RANGE of 6ft tall rubbish bins designed to be within easy reach for truck drivers have been unveiled – and they even dwarf lanky cricket legend Freddie Flintoff.

The bins have been developed to combat roadside littering and are 'cab height' to make it easier for truck, lorry and HGV drivers to put rubbish in when visiting service stations. 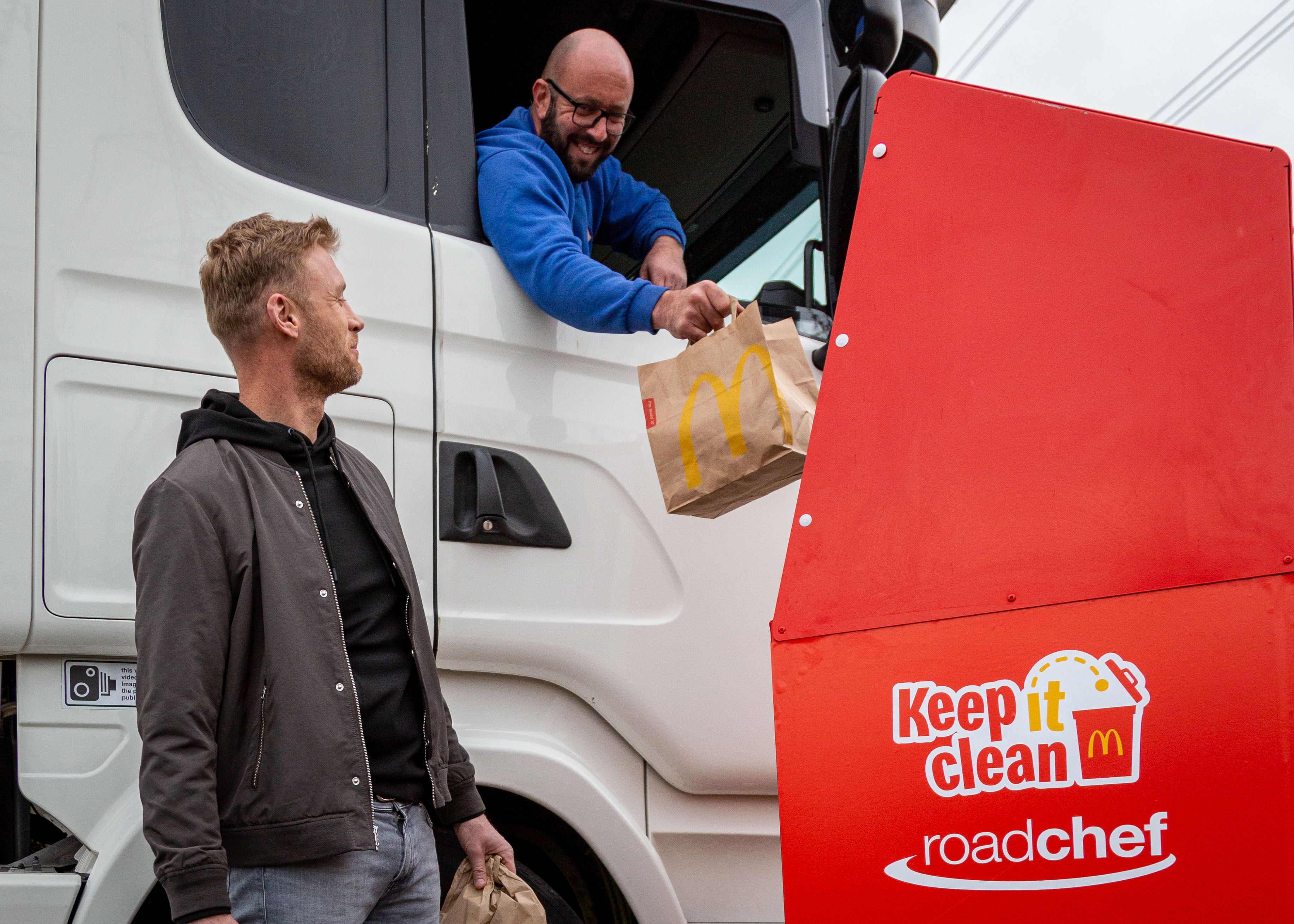 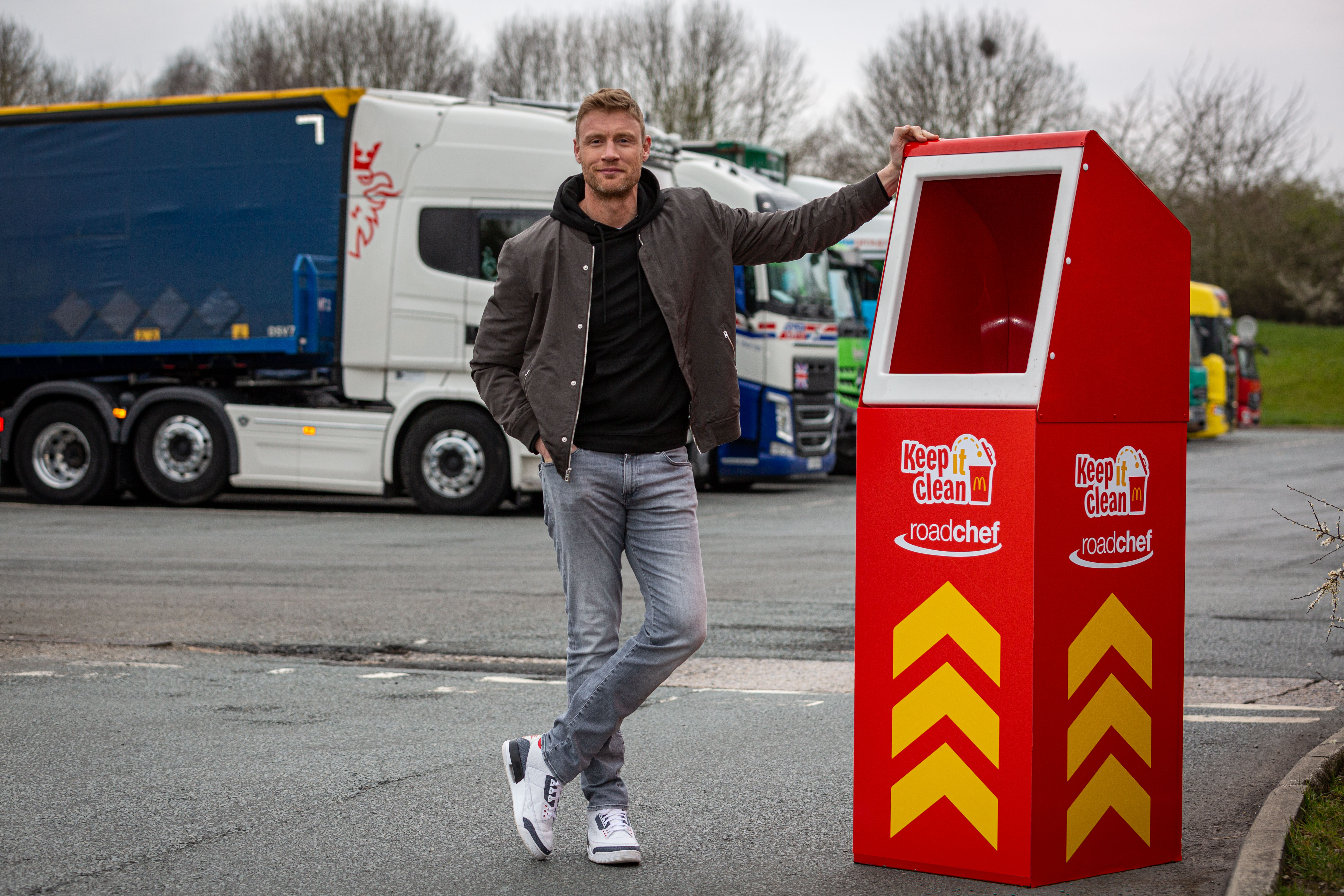 But they're notably also the same size as Ashes and World Cup winning cricketer Freddie Flintoff, who is 1.93 metres tall.

McDonald's, in partnership with Roadchef, will roll out the bins in services stations across the UK this summer.

It follows research of 2,000 adults by the restaurant chain which found eight in 10 fear we're still decades away from winning the battle to keep Britain tidy.

And 44 per cent think littering is most prevalent along roadsides. 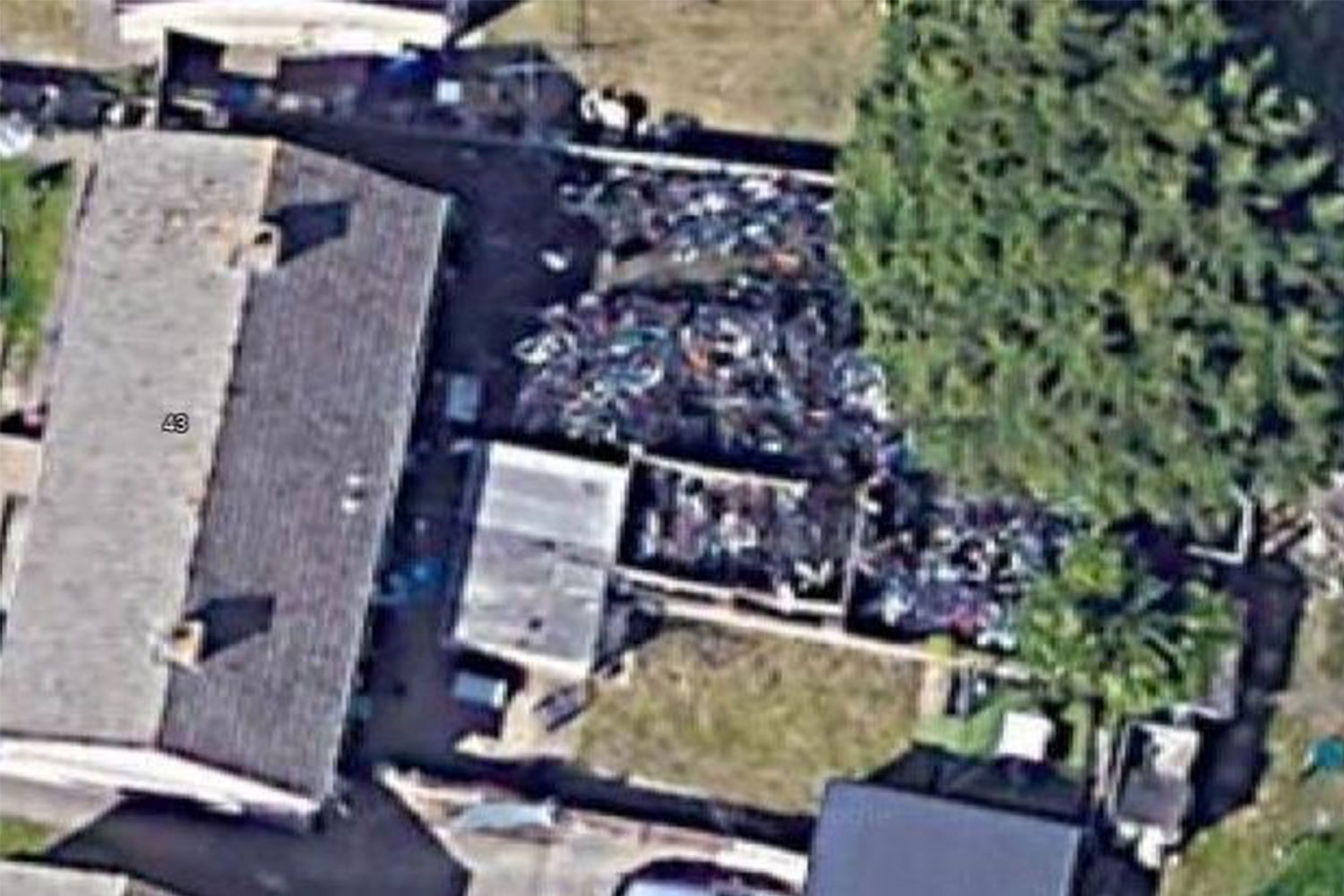 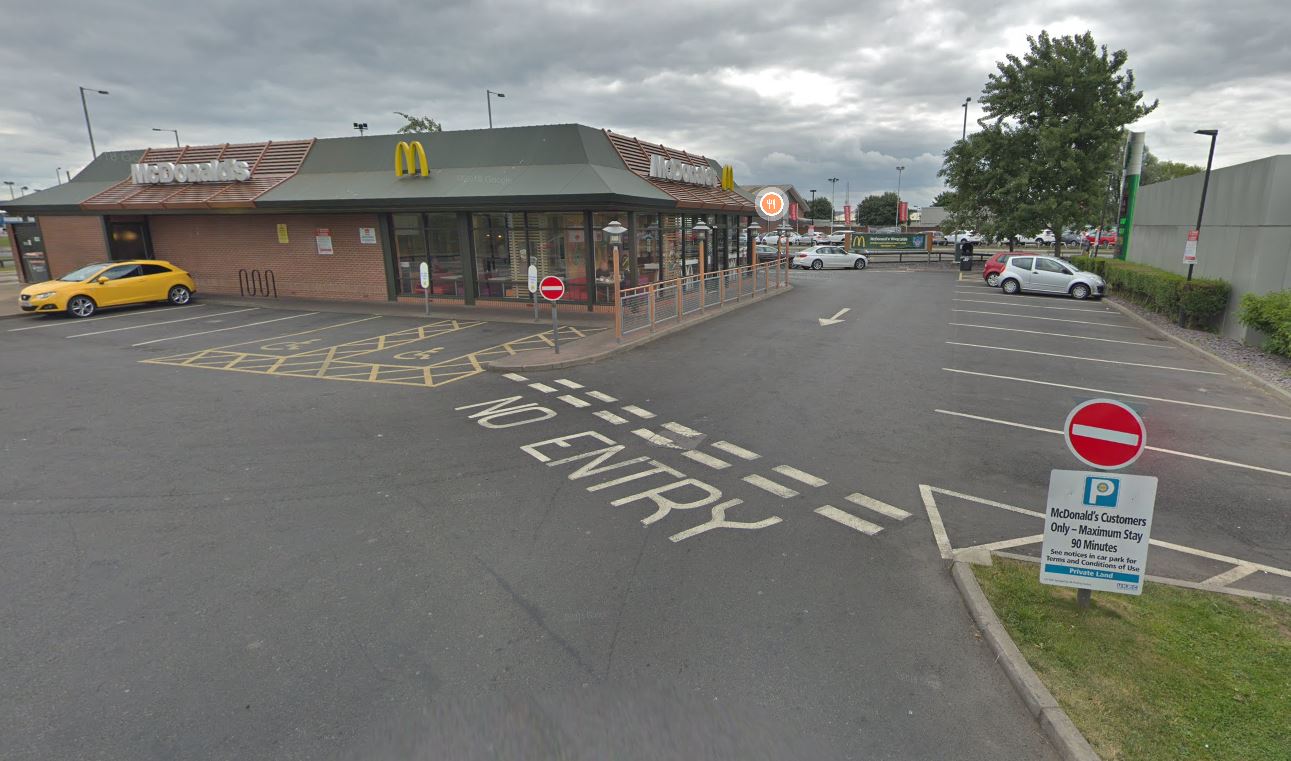 Broadcaster and cricket legend Freddie said: "What a good idea to help curb motorway and service station rubbish with something so simple.

"I look forward to seeing them rolled out when I'm on the road.

"It's in everyone's interest to be more responsible and accountable when it comes to littering.

"And this new partnership between McDonald's and Roadchef offers an easy way for anyone driving a taller vehicle to do so. Now there's no reason to drop the ball by littering." 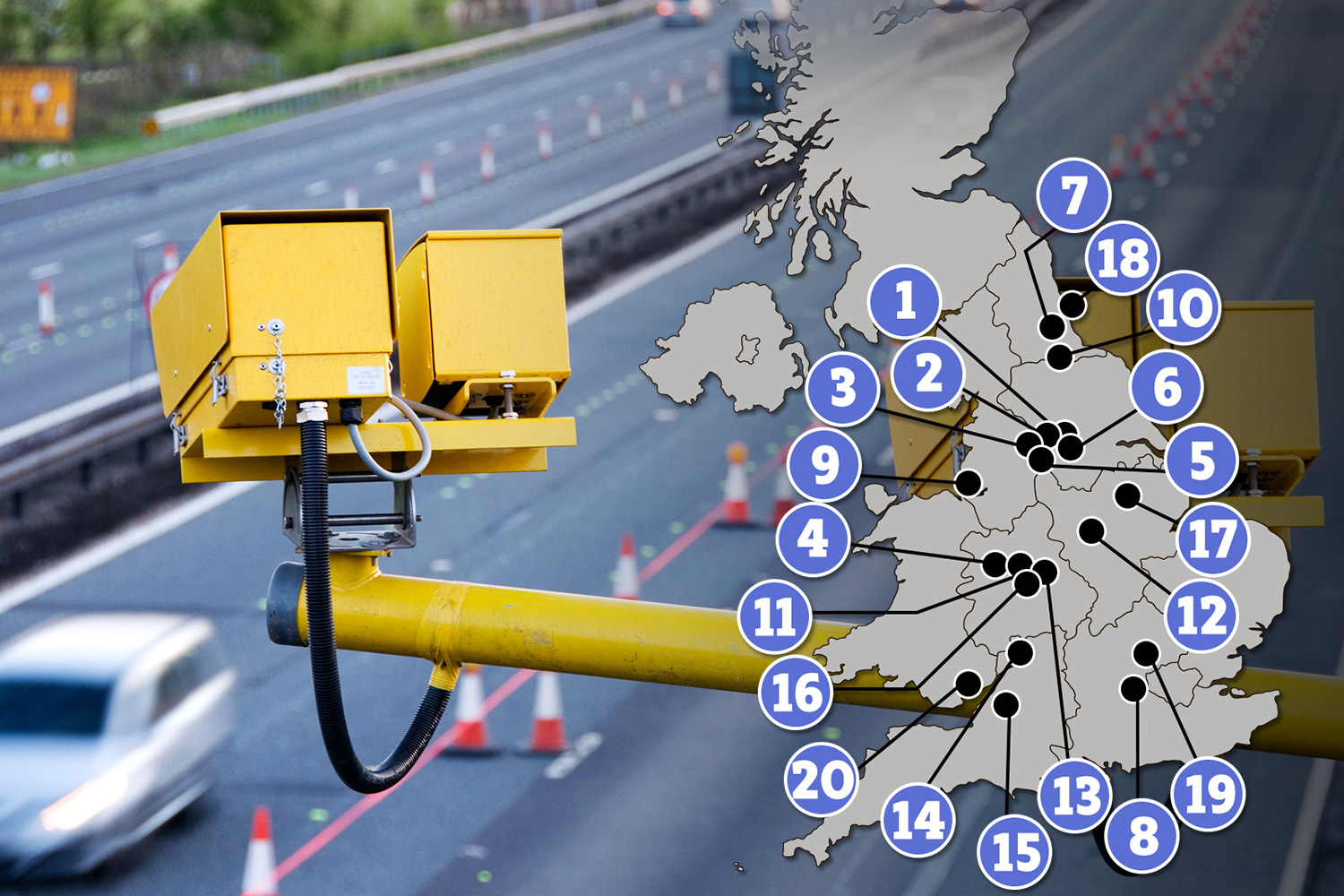 Britain’s worst drivers revealed – where does your area rank? 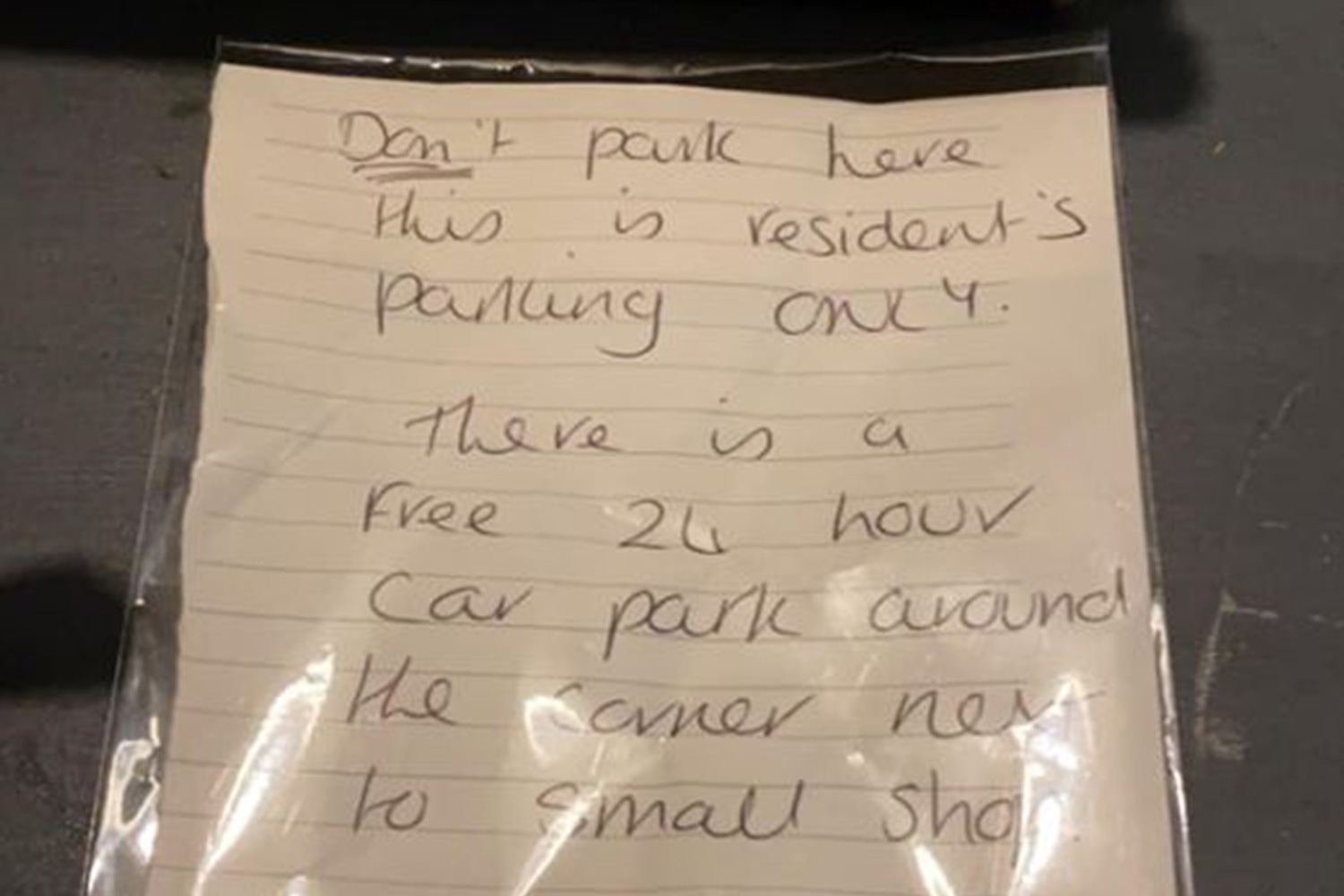 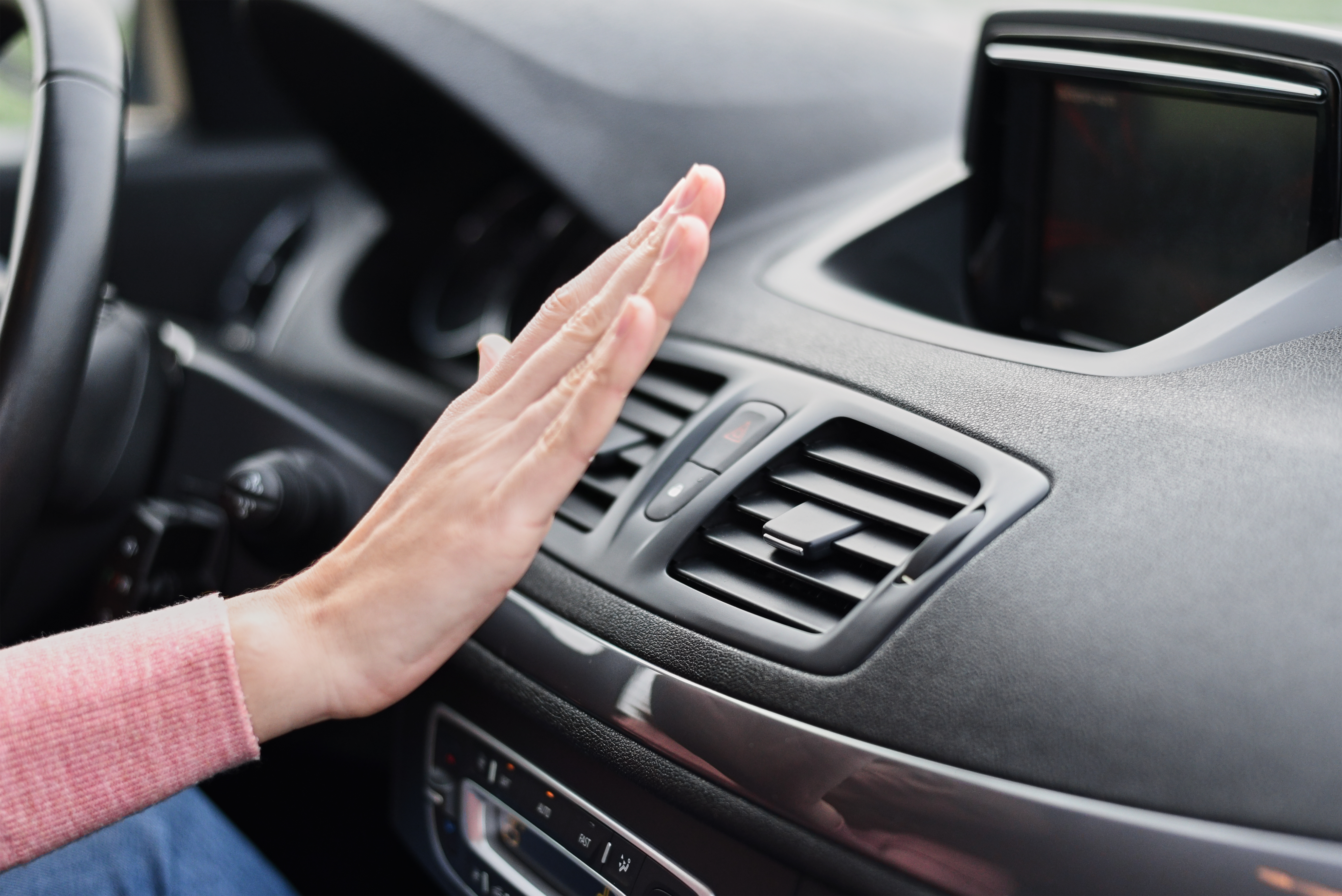 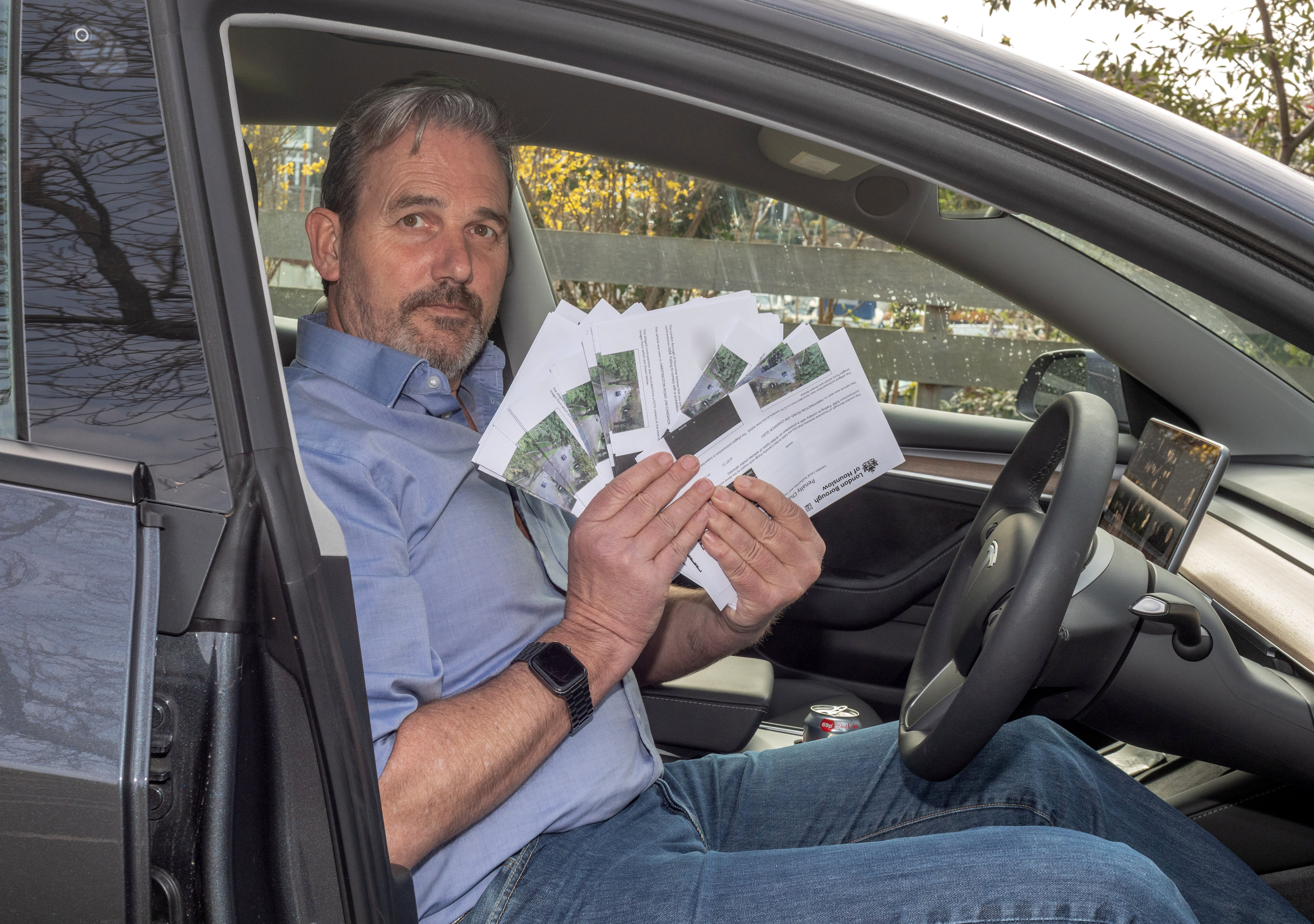 The study also found 81 per cent believe the amount of rubbish discarded across the country is a massive problem.

This is despite 43 per cent agreeing littering has become increasingly socially unacceptable.

Of those polled, 39 per cent consider it to be a city-based problem, but 83 per cent think everyone needs to take responsibility for littering.

And 38 per cent appear to be doing just that, by participating in a litter pick at one time or another.

The study, carried out through OnePoll, found 17 per cent of those who haven't taken part in one think they will at some point in the future.

It comes as McDonalds is also organising what it hopes will be the UK's 'biggest ever' litter pick, to take place in locations across the country this week.

"For 40 years our restaurant teams have walked miles across the UK and Ireland each week, collecting other people's discarded litter.

"But there is still work to be done and we are committed to finding innovative ways to make it easier than ever before to keep our communities clean.

"Our partnership with Roadchef is a perfect example of how changing the way drivers dispose of their litter by creating bins perfect for their vehicle height.

"We believe this truly will make a huge difference to motorway litter and road safety."