Boston Mayor Marty Walsh is President Biden's pick to head the Labor Department as the new president vows to "build back better."

BIDEN'S FIRST 100 DAYS IN OFFICE TO BE MET WITH 'HEAVY LOADS ON HIS BACK': KARL ROVE

"Honored, moved, and so proud to witness this historic inauguration and moment of healing for our nation," Walsh wrote on Twitter.

Walsh, a longtime union member and leader, has curried support from a number of union heads including the president of the nation’s largest labor organization, Richard Trumka of the AFL-CIO.

Like Biden, Walsh is Catholic. The 53-year-old Boston native is also a recovering alcoholic, now 25 years sober. He has a longstanding relationship with Biden, who presided over Walsh’s second inauguration in 2018. The two share common ground on many issues, including labor initiatives and efforts to combat climate change. 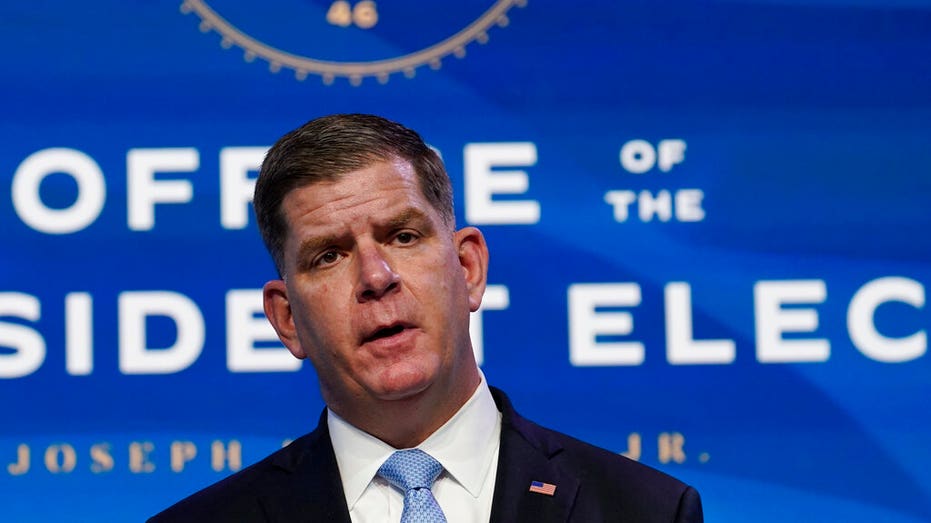 But the mayor is also trailed by ethics concerns. Walsh is facing scrutiny after campaign filings showed he paid his girlfriend’s fundraising consulting firm over $1 million.

Walsh was also once linked to a federal probe alleging his associates had used illegal tactics to "strong-arm" local developers.

While Walsh was not the probe's subject and was never charged with a crime, questions arose about tactics he purportedly employed in 2012 while head of the Boston Building Trades, a group which oversaw several local unions, prior to his tenure as mayor.

In an October 2012 conversation recorded through federal wiretaps, Walsh informed a local union leader that he had told housing developer AvalonBay Communities that it would face permitting delays if it did not hire union workers for a planned project. In a separate incident in December 2012, a developer told the Boston Globe that Walsh had pressured him to rescind building contracts awarded to non-union contractors.