Meadows: Democrats want to talk about anything other than the economy

Congressional Democrats have been working to pass trillions in legislation to support the Biden agenda with the narrowest of margins and in the face of Republican opposition.

Mark Meadows, the former Trump official and senior partner at the Conservative Partnership Institute, appeared on “The Ingraham Angle” on Monday night to discuss the ongoing debate in Washington.

MARK MEADOWS: “Democrats want to talk about anything other than the economy; anything other than the fact that there are more people who could be working than are working right now. And you were exactly right to hit on all of these. We went from energy dominance—and we’ve now got a secretary of energy that somehow is lost—you know—they need to go back to high school as it relates to what we can do. We went from energy dominance to begging OPEC to reduce oil prices and get gasoline prices down. And yeah, we are paying people not to work; we’ve got a supply chain issue that is going to effect, not only our economy in the near term, but the long term. But here’s what the Democrats are trying to do, Laura. They’re trying to replace a robust economy with a big government but we can’t let that happen.”

WATCH THE ENTIRE INTERVIEW BELOW 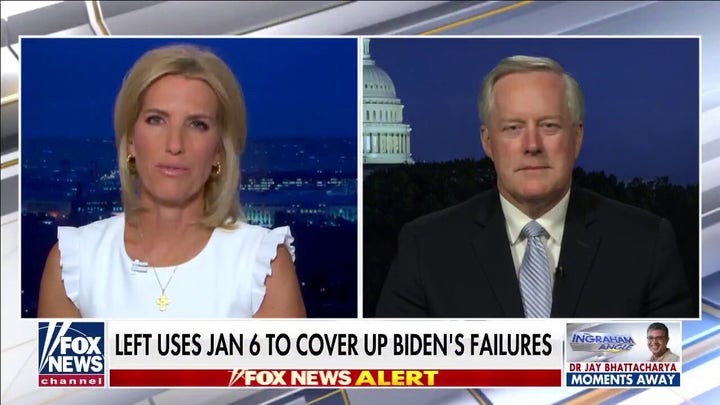