Hear the harrowing accounts of lost children, investigators, and criminal profilers behind some of the most shocking kidnappings of our time.

Paul Martin Andrews was 13-years-old when he was abducted, raped, and kept for days in a small underground box with this captor in 1973. Telling a story spanning nearly 50 years, Martin, an advocate for rape survivors and sexual predator laws, spoke with Fox News Digital about his journey depicted in the new Fox Nation series “Lost Then Found: Tales of a Kidnapping.”

The hole in the ground which housed the plywood box Martin was kept in can still be found in Virginia today. He was asked once what it was like to go back and stand in that hole after all those years.

“Some scars just don’t heal,” Martin replied. “It’s hard to believe after 50 years that hole is still there. I still have a scar on me as well.”

While Martin still remembers all that he endured, he felt that the world around had seemed to forget. Not just about his story, but about the dangers sexual predators pose to American cities, like the historic seaport town of Portsmouth where Martin disappeared five decades ago.

“I needed to remind people that this story happened, that these things, these horrible things happen to children – and if you allow sex offenders to roam freely after having committed multiple offenses, they will do it again,” Martin said.

Martin, who is the subject of the series’ first episode, “The Boy in the Box,” said that he hopes his story doesn’t just remind people about what can happen to children, but also what children go through and how society often attempts to project adult-thinking on to a child’s mind.

Children are used to being dependent on adults, said Martin. Even if the adult they look up to, the adult that takes care of them, is their assaulter, their abuser, their abductor—Martin maintained they will still cling to that person to survive.

“It is not a crime that just happens and it’s over. That crime stays with those children for the rest of their lives. They will live that moment, they will live with that assault, that degradation.”

This emotional struggle was present within Martin. After being left for dead as a child, chained inside that box, Martin was saved.

Martin said it was the hand of God that saved him and sent the hunters who ultimately found him out in the woods. But, while Martin believed he had the answer for what had saved him, he could not answer why? Why was he saved? 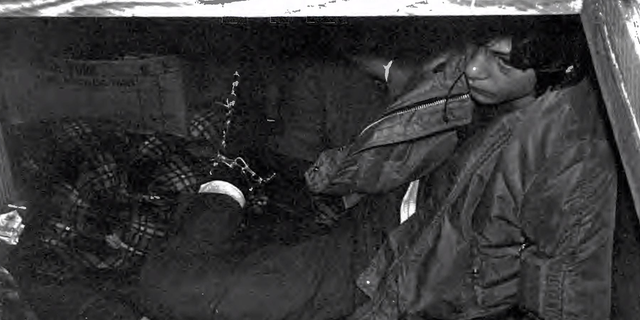 That question gnawed on Martin’s mind for many years, manifesting in self-medication – including drug use, drinking, and other destructive behaviors. Martin said he lived in a household with parents who thought if no one talked about something, then it would eventually go away. He resultantly harbored a secret that few knew about.

“I looked great on the outside, but inside I was coming apart,” Martin recalled.

It wasn’t just Martin who wanted answers; within weeks of his escape, trained medical professionals – including doctors and psychologists – had begun probing him with questions:

“I had a psychiatrist who called me a liar and told my parents that I should be institutionalized… He didn’t believe my story.”

One police officer even told Martin’s parents to “watch out,” warning them that he may grow up to be a child molester himself.

Following these incidents, Martin refused all treatment out of fear that his parents would send him away. He slipped into states of depression and self-loathing that worsened as time went on, and when he realized that he was gay, Martin was devastated.

He was now a young man harboring not one, but two secrets. It “wasn’t cool to be gay” back then, said Martin. Worse yet, in his mind, Martin felt he had become his attacker.

I looked great on the outside, but inside I was coming apart.” – Paul Martin Andrews

At 19, he left Virginia and moved to Florida in an effort to live a life where people didn’t look at him as a victim or “someone that needed to be watched.”

One Sunday night, Martin went to a church to pray for the soldiers in the Gulf War after George Bush had implored Americans to do so on television. He recalled it feeling like the prodigal son returning as the Holy Spirit embraced him. He described it as God telling him, “welcome home.”

“It’s what led to my healing: God preparing me for what he had saved me for,” said Martin. “It’s a night I will never forget.”

But, what did God prepare Martin for?

One day Martin heard the news. His captor, serial rapist Richard Ausley, was set to be released from prison.

This was the man Martin had been told he would never have to worry about again. A decade prior to abducting Martin, Ausley had raped another child, a 10-year-old boy, multiple times at gunpoint. He hogtied the boy and threw him naked into a watery ditch. The boy spent all night fighting his way out of the ditch to get help.

Ausley served 10-years for that offense. It was his third. 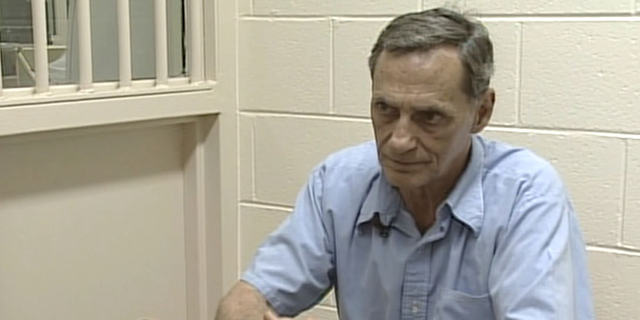 An image of serial rapist Richard Ausley in prison from the Fox Nation series ‘Lost Then Found: Tales of a Kidnapping’
(Fox News)

Martin knew then that he would feel responsible if he did not step out of the shadows and speak out.

“I wouldn’t have committed the crime, but I could have done something to stop it. I said to myself and I said to my God I will do everything I can in my power to stop this from happening, to protect that one child.”

That one child became many. In his attempt to keep Ausley behind bars, Martin successfully changed laws and funded programs to rehabilitate sex offenders and keep children in Virginia safe.

“…God gave me the tool of this documentary, to be able to communicate the problems that are going on here…” – Paul Martin Andrews

In the full documentary, available to stream on Fox Nation, Martin provides a detailed account of his kidnapping, his tumultuous journey towards reforming sexual predator laws in Virginia, and the fate of his captor, Richard Ausley.

Martin hopes that now that people will remember his story.