Gaps in the records of glamour tech company Nuix have raised questions about former finance professor Anthony Castagna’s $3000 investment which he turned into an $80 million windfall.

Dr Tony Castagna joined investment powerhouse Macquarie Bank as a full-time consultant in 1998. About seven years later his experience working in Silicon Valley was employed to turn around Nuix which was struggling at the time. When Macquarie took a substantial stake in the business in 2011 their interests were aligned. 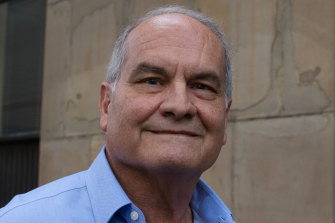 An investigation by The Sydney Morning Herald, The Age and The Australian Financial Review has revealed an apparent six-year gap in Nuix’s records that suggests the company may have failed to record Dr Castagna’s $3000 options package that he cashed out for $80 million when Nuix listed on the sharemarket last December.It also raises questions about whether the company backdated the options. 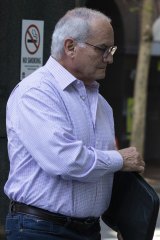 The $80 million payday capped off a remarkable reversal of fortune for a man who served a year of a four-year sentence for tax fraud and money laundering before being acquitted in 2019.

It was not until 2011 that internal Nuix documents sighted by the investigation first showed Ferodale, an offshore company (since renamed Blackall) controlled by Dr Castagna, had been issued 300,000 share options at 1c each. The entry noted Dr Castagna had been granted these options for $3000 in November 2005 when the company was in its infancy.

As an incentive, executives or employees can be granted the option to acquire a certain number of shares at a designated price. The options mean they don’t actually get the shares right away. They are getting the option to buy a number of shares at a fixed price later on. In private companies, the directors have to agree who gets options and how many as the later conversion into shares will dilute the shareholding of others.

There are several indications that suggest Dr Castagna’s options may have been recorded only after Macquarie took a majority shareholding in Nuix at the end of May 2011.

Macquarie retained advisory firm Grant Thornton to prepare a due diligence report on their proposed investment in Nuix. A draft report, dated April 13, noted that once Macquarie’s investment was completed, the board planned to approve “the issue of the following new share options … A maximum of 300,000 share options issued with a nominal exercise price”. 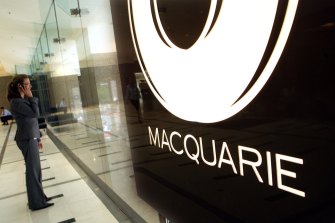 Macquarie organised for advisory firm Grant Thornton to prepare a due diligence report on their proposed investment in Nuix.Credit:Jim Rice

The report went on to discuss that the parties would agree when these “new” share options would become shares. The share price at the time was $6.03, which was what Macquarie paid to investors when they took a stake in 2011.

However, Dr Castagna’s share options cost his company Ferodale $3000. This was a fraction of the $1.8 million that the options were potentially worth in 2011.

When Nuix restructured in 2017 as the first step towards a public float or trade sale, shareholders were given 50 shares for each share they owned. This turned Dr Castagna’s holding into 15 million shares which were sold at $5.31 each when Nuix listed, landing him $79.65 million: a handsome return from his $3000 investment.

Corporate law experts, while not commenting on the details of this case, said under federal law there are criminal sanctions for submitting false information with the regulator.

“There are provisions in the Corporations Act which make it a criminal offence to prepare and lodge false documents and backdating falls into that category,” said Pamela Hanrahan, professor of commercial law and regulation at the University of NSW and a former ASIC commissioner.

Jason Harris, professor of corporate law at Sydney University, noted it is also an offence not to maintain proper books and records. If the options did exist from 2005 onwards, the company’s officers had a duty to correctly record their existence, he said. Dr Castagna, Macquarie and Nuix declined to answer detailed questions on the options.

Our Morning Edition newsletter is a curated guide to the most important and interesting stories, analysis and insights. Sign up here.