A SUPER Blood Moon will be taking to the night sky this week and will be visible from the US.

May's Full Moon will be known as a Blood Moon because it will go into a total lunar eclipse and look reddish from certain locations. 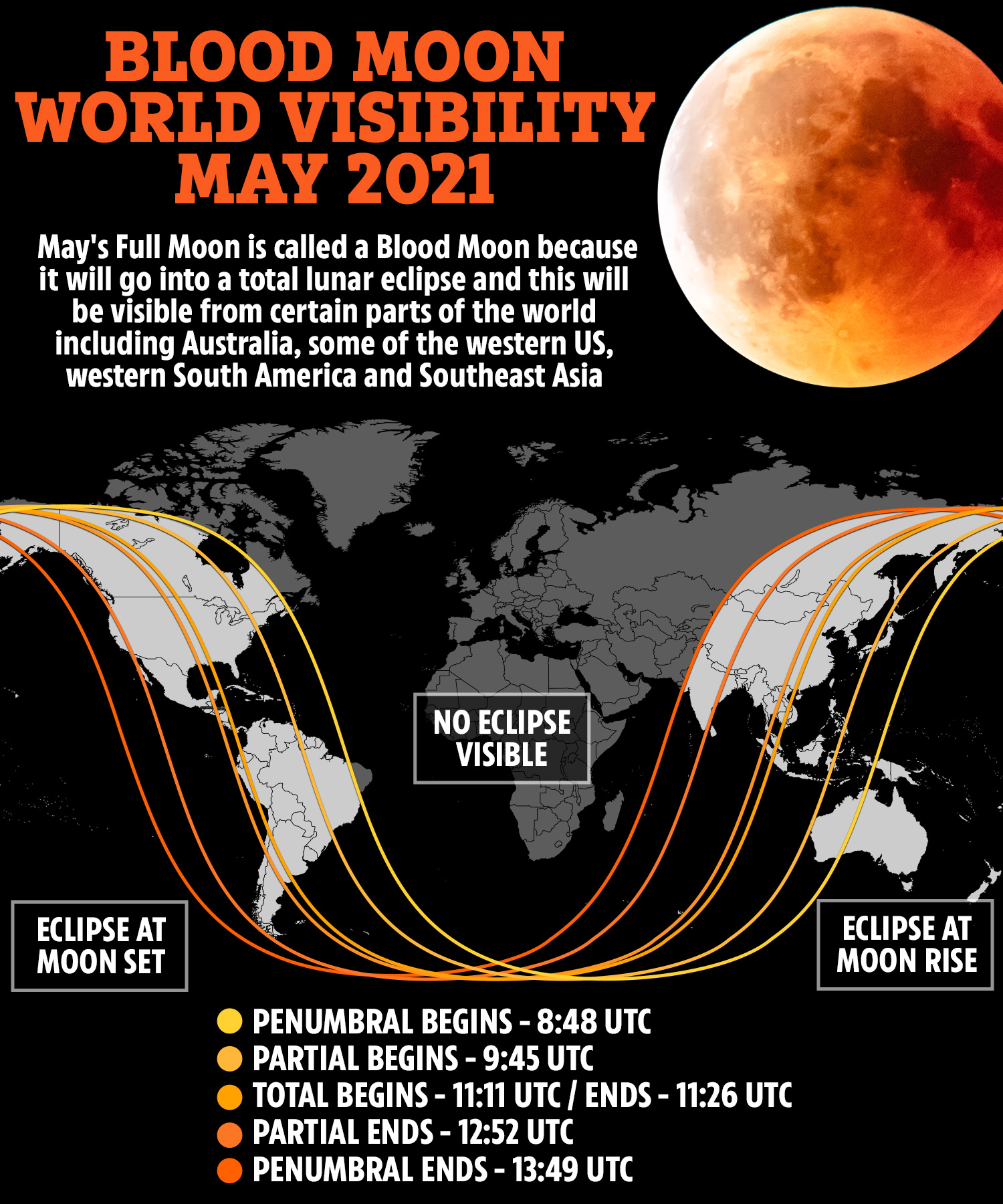 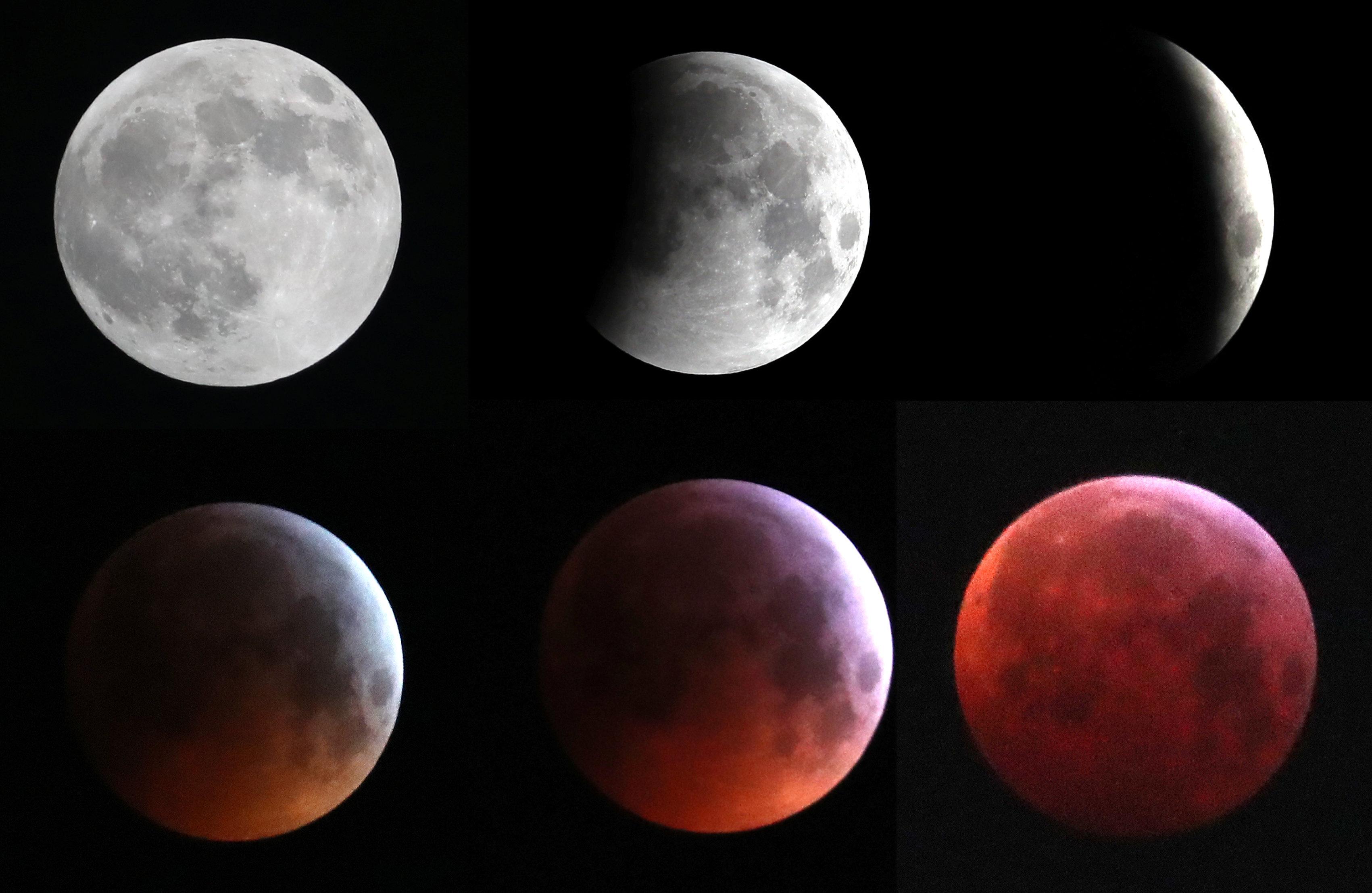 The total lunar eclipse will be visible from certain parts of the world including numerous US states, Australia, western South America and Southeast Asia.

Unfortunately, it won't be visible from the UK but stargazing fans will be able to watch it over a live-stream on May 26.

Time and Date will be live-streaming the event on YouTube on Wednesday at 5:30am ET (10:30am BST). 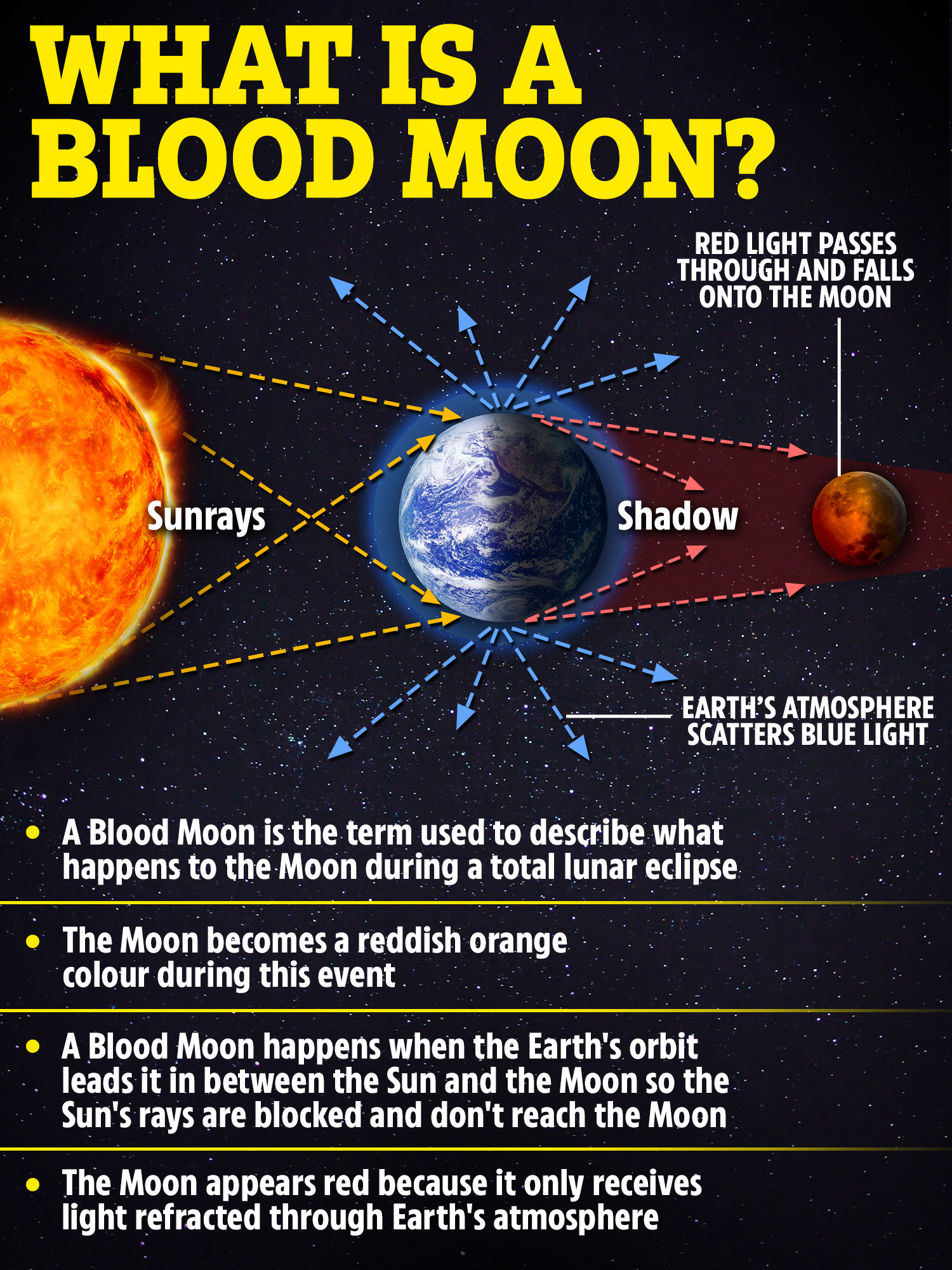 It's also nicknamed the Flower Moon as that's the traditional name for May's Full Moon due to it's appearance around spring.

Not only is it nicknamed a Flower Moon and a Blood Moon but it will also be a Supermoon.

It's going to be the closest Supermoon of the year so you'll be able to spot it looking large on the evenings of May 25 and 26.

A total lunar eclipse doesn't mean the Moon disappears completely but it does mean the Moon turns a slightly reddish-orange colour.

This is expected to last for 14 minutes and 30 seconds for some viewers on May 26.

How to see the Blood Moon in the US

The total lunar eclipse will be visible from 11 US states at varying times.

New Mexico, Colorado, Montana, Idaho and Utah will get visibility from 5:11-5:25am.

And, Arizona, California, Nevada, Oregon, Washington should get visibility from 4:11-4:25am.

What is a Blood Moon?

A Blood Moon happens when the Earth's orbit leads it in between the Sun and the Moon so the Sun's rays are blocked and don't reach the Moon.

Nasa explains: "When this happens, the only light that reaches the Moon's surface is from the edges of the Earth's atmosphere.

"The air molecules from Earth's atmosphere scatter out most of the blue light.

"The remaining light reflects onto the Moon's surface with a red glow, making the Moon appear red in the night sky."

Why is it called a Flower Moon?

This month's full Moon is called the Flower Moon because it signifies spring.

Nasa explains: "Going by the seasons, as the second full Moon of spring, the Native American tribes of the northeastern United States called this the Flower Moon, as flowers are abundant this time of year in most of these areas.”

A Supermoon appears when a full Moon aligns with the point closest to the Earth during its elliptical orbit.

During this time it appears 14% bigger and 30% brighter than usual.

It wasn’t until 1979 that Richard Nolle first defined the Supermoon, which is now a widely-used term.

The astrologer explained that the phenomenon is “a new or full Moon which occurs with the Moon at or near (within 90% of) its closest approach to Earth in a given orbit”.

Based on Nolle’s theory, the moon would have to be around 226,000 miles away from the Earth to be considered "super".

A Blue Moon refers to the occasion when a full Moon appears for the second time in the same month, this is very rare.

A Supermoon appears when it is at its closest point to Earth and therefore at its brightest.

A Blood Moon occurs during a total lunar eclipse.

In other space news, a Nasa spacecraft has begun a 1.4billion-mile journey back to Earth after collecting rock samples from an ancient asteroid.

China's Mars rover has landed on the Red Planet after a treacherous descent through the Martian atmosphere using a parachute in "seven minutes of terror".

Will you be looking out for the Blood Moon? Let us know in the comments…