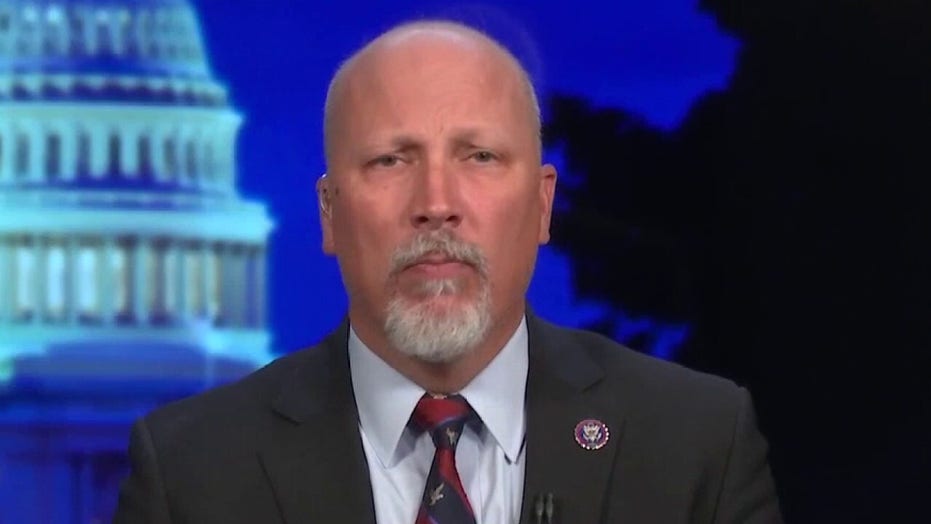 The superintendent for Loudoun County Public Schools (LCPS) sent an email alerting the school board of an alleged assault on the same day as the one that has captured national headlines.

“The purpose of this email is to provide you with information regarding an incident that occurred at Stone Bridge HS,” Superintendent Scott Ziegler said in the email. “This afternoon a female student alleged that a male student sexually assaulted her in the restroom.” 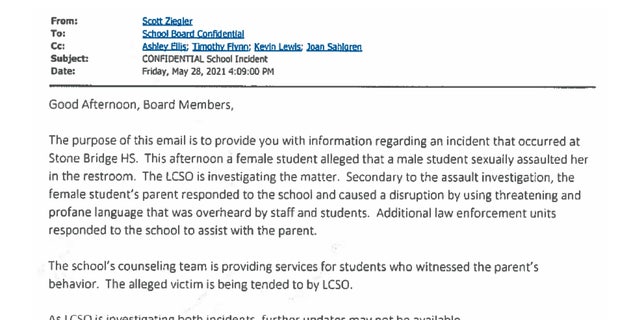 “As LCPS has stated, the School Board was not provided specific details or the names of those involved, and were advised by Dr. Ziegler that they would not receive updates regarding this matter, as it was being investigated by the Loudoun County Sheriff’s Office. The School Board had not been provided any specific information regarding this matter from LCPS staff prior to the June 22, 2021 meeting or at any point thereafter until the recent news reports were published.”

On June 22, Ziegler said that, to his knowledge, “we don’t have any record of assaults occurring in our restrooms,” according to the Daily Wire.

He later apologized, saying that LCPS failed to provide a safe environment.

“First, let me say to the families and students involved — my heart aches for you and I am sorry that we failed to provide the safe, welcoming, and affirming environment that we aspire to provide,” he said.

Ziegler did not immediately respond to Fox News’ request for comment on the May 28 email. Neither did School Board Chairwoman Brenda Sheridan.