The team were carrying out excavations near the village of Scalford, Leicestershire, when they turned to the digital map service to search for hints of buried structures. 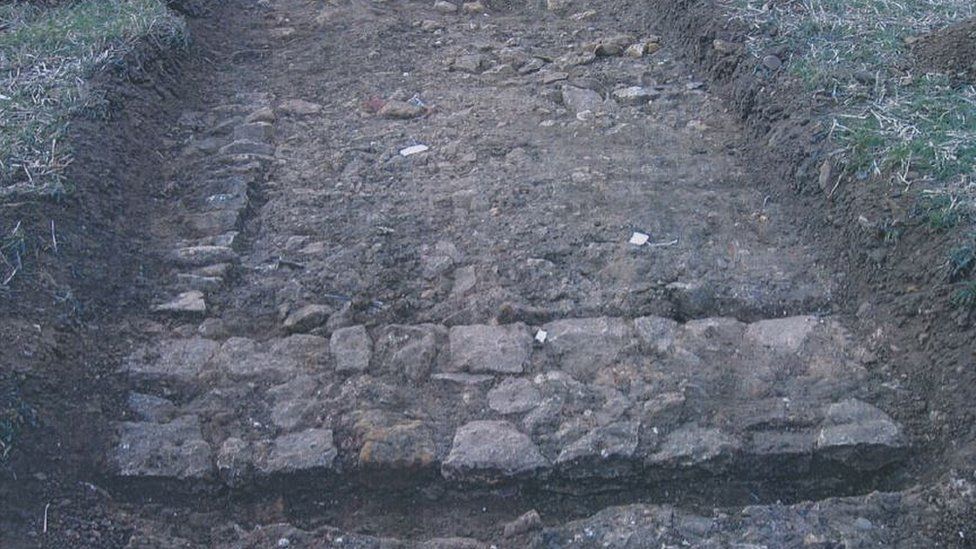 Sections of a Roman villa were found at the site in 2003 and 2004, but its full size was unknown.

Prehistoric stone tools were also discovered nearby, suggesting settlements had long stood in the local area.

After the latest survey, the team at Past to Present Archaeology believe many more buildings may be buried at the site.

Excavation director Rupert Birtwhistle told BBC News: "The villa was large enough that it went off the edge of the surveying area. 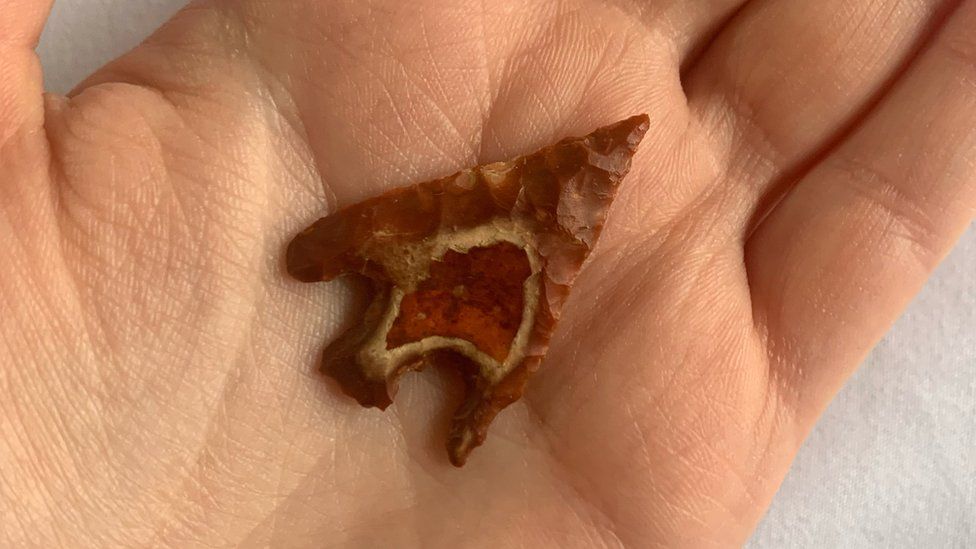 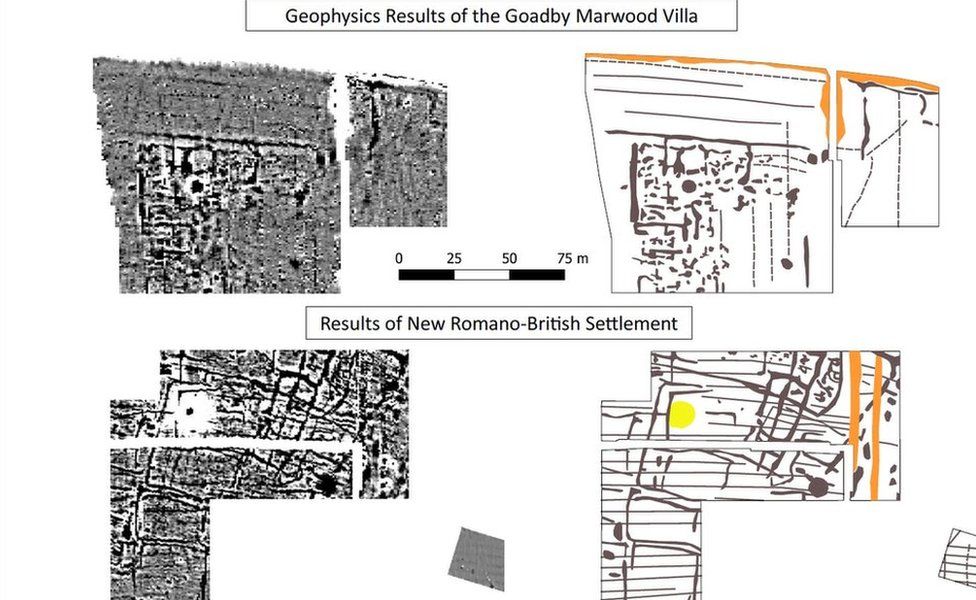 "And while we did not find any obvious prehistoric traces, it was a complete surprise to come across the Romano-British settlement."

He added: "We just went with a hunch after looking at the site on Google Earth."

Researchers went to the site last year with tools that can scan underground for the remains of walls and other structures.

Excavations at the new area have revealed the locations of ditches and enclosures, as well as uncovering a section of Roman wall. 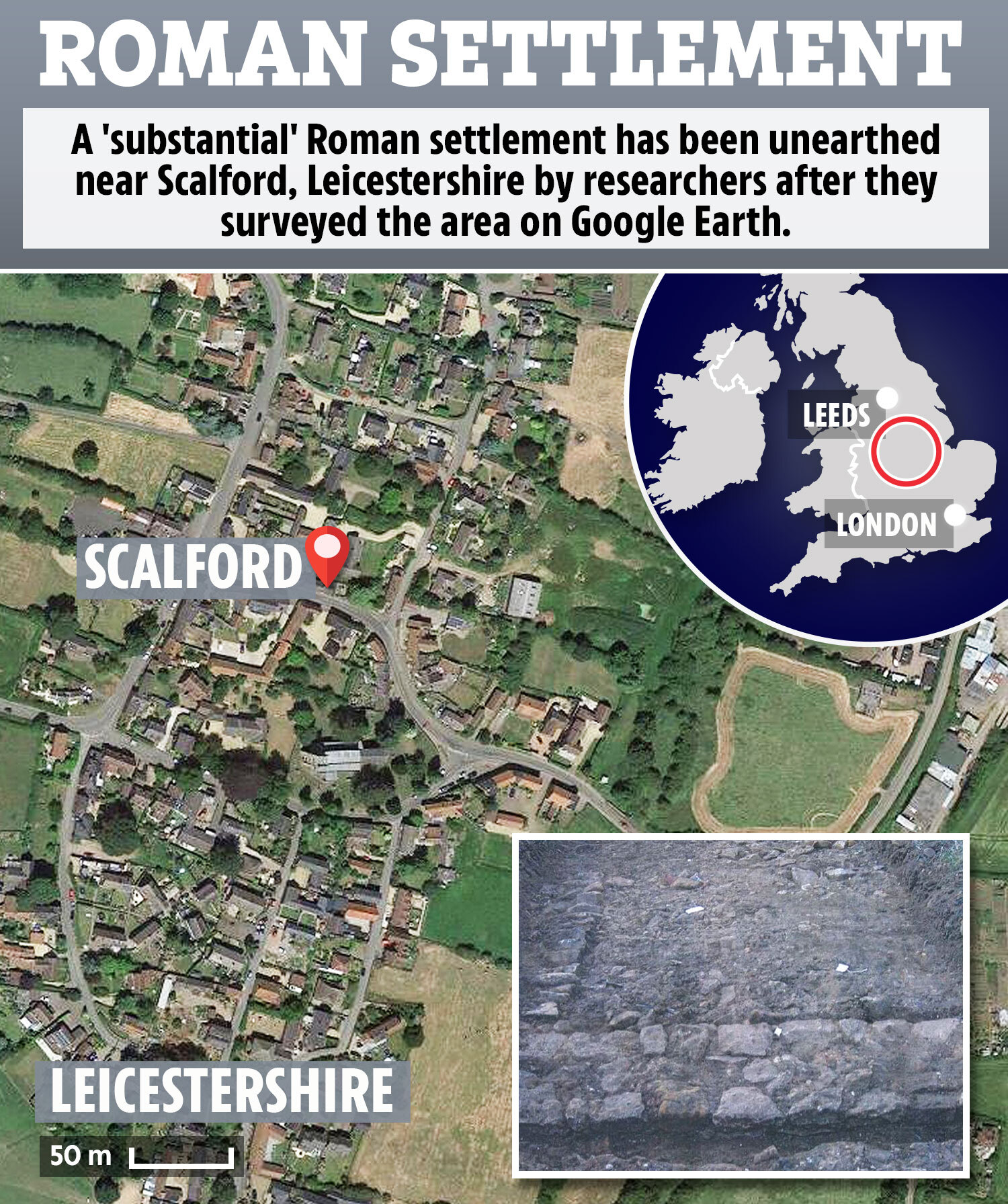 The discovery of new structures suggests the site was once a "substantial" settlement, researchers explained.

Mr Birtwhistle said: "For this settlement to possess buildings means that it was substantial, but we need more work to examine its connection to the villa.

"We will be examining this further over the coming years."

The team hopes to return to the site next year to continue excavations. They're crowdfunding the next phase of the project.

A brief history of the Roman Empire

In other news, experts have wiped centuries of dust and dirt from an ancient cross pedant discovered in a field in western Scotland.

A secret stash of gold coins dating back to King Henry VIII's reign have been found in an English garden.

And, an ancient elite warrior and a Greek battle helmet have been unearthed from a rock-cut tomb in Croatia.

What do you make of the Leicestershire find? Let us know in the comments…