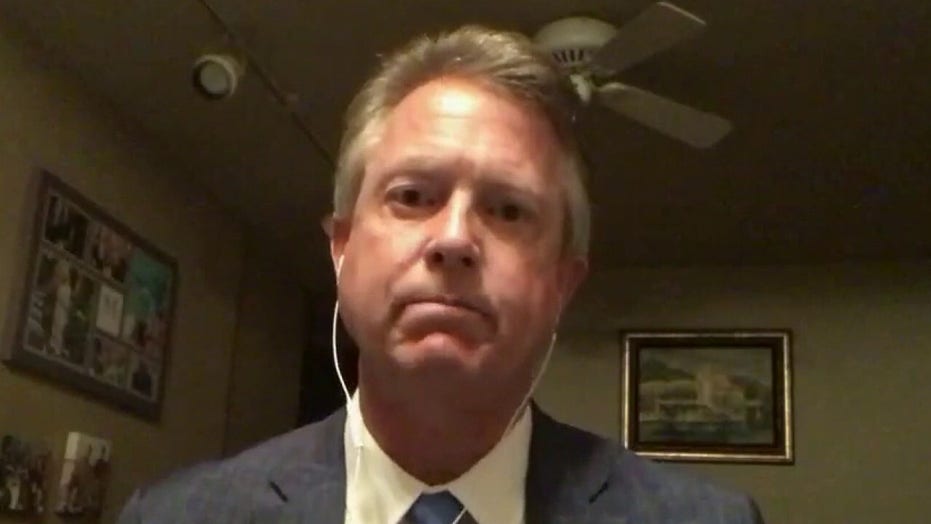 Establishment Republicans dodged a bullet in Tuesday night’s round of primaries while Establishment Democrats took one to the heart.

Marshall appears to have won by a comfortable margin, 40% to 26%, much to the relief of Republican Party leaders trying to keep control of the Senate this fall. In early polling, he leads his Democrat rival, Barbara Bollier.

Meanwhile, in Missouri, longtime Democrat Rep. William Lacy Clay, who had held his seat for just shy of two decades, was bounced by Black Lives Matter activist Cori Bush in another shocking upset engineered by the Justice Democrats and the progressive wing of the party.

For House Speaker Nancy Pelosi, D-Calif., Senate Minority Leader Chuck Schumer, D-N.Y., and other Democratic Party leaders, the Bush win is another alarming sign they are losing control of their party to the radical fringe.

This is great news for the so-called Squad, led by progressive New York Rep. Alexandria Ocasio-Cortes, which also celebrated the primary victory of their colleague incumbent Rashida Tlaib in Michigan’s 13th district.

It is terrible news for our country since it will push Democrats even harder to the left.

Incumbent Democrats everywhere will watch with horror the rise of progressives, who have now bumped off several longtime representatives, including Eliot Engel in New York and Dan Lipinski in Illinois.

No one is safe.

Clay was not an “old white male” like Engel, trying to compete in a majority-minority district; he is a progressive who has signed onto the Green New Deal and "Medicare-for-all." He is also an African American member of the Congressional Black Caucus, which his father co-founded.

Like a homeowner watching floodwaters creep higher into his living room, Democrat politicians know they may get swallowed up by the surging progressive movement in their party.

Klobach was famous for losing the governor’s race to a Democrat in the deep red state in 2018; his strident anti-immigrant platform and hard-line position on voting rights made him a polarizing candidate and drove down his favorability among Kansas voters.

Though Democrats have not won a Senate seat since 1930 in Kansas, and though President Trump won the state with a 20-point margin in 2016, some Republicans worried that the state might be in play if Klobach became the candidate.

Marshall won an endorsement from former Sen. Robert Dole, a popular party leader in the state, and had also expressed support for President Trump, putting himself in the mainstream of Kansas politics.

He will run against Democrat state Sen. Barbara Bollier, a former Republican and retired anesthesiologist, who represents one of the state’s more liberal districts.

GOP strategists concerned with keeping Republican-held Senate seats in Colorado, Maine and Arizona, and fearful of losing control of that chamber if Democrats snag a net four seats, are relieved with the primary outcome.

Some predict a tight race, but Boiler’s support of abortion rights and other liberal positions will make her the underdog come November. Democrat donors will likely focus their attention on other more promising races.

Unlike Kansas, the Missouri results will not change the make-up of the House, since the seat has been and will be safely in Democrat hands. But the outcome of the contest still has nationwide significance.

Incumbent Clay had served in the House since 2000; his family had occupied that seat since 1969. He won the endorsements of Sen. Kamala Harris and Pelosi.

Cori Bush, who described herself in her victory speech Tuesday night as a “Black, working-class, single mother,” first ran against Clay in 2018.

Her activism attracted the attention of the Justice Democrats, the group that launched AOC. They sponsored her 2018 run, but she lacked sufficient money and name recognition to win.

This year she had both. She raised more than triple the amount of campaign funds she did in 2018, thanks to appeals on her behalf from Sen. Bernie Sanders, I-Vt., the Sunrise Movement and a group called Matriarch, committed to electing working-class women.

She also became better known thanks to her participation in “Knock Down the House,” a 2018 Netflix documentary about the efforts of Bush and three other progressive women candidates, including AOC, to replace incumbent Democrats in the House of Representatives.

Bush ran on a far-left platform, embracing the Green New Deal, universal income, Defund the Police and "Medicare-for-all." She also ran against what she described as her opponent’s corporate ties.

Clay served on the Financial Services Committee in the House, and received campaign donations from various industry participants, including Quicken Loans and the top lobbying group for credit unions, according to Open Secrets.

These days, that sort of backing is anathema to progressives.

While the recent primaries reveal a meaningful schism among Democrats – disputes between moderates and progressives on health care, environmental and tax policies, to name but a few – Republicans emerged united after Tuesday night.

All candidates pledged their support for President Trump because, despite continued attacks from Democrats, he maintains extremely high approval ratings in his own party.

The frustrated New York Times reports that there are “two Americas,” one in which the president’s “poll numbers are sagging” and his policies “have alienated a large segment of the country.”

But, they acknowledge, “in the other America… Mr. Trump is not toxic at all. In fact, his endorsement amounts to a political seal of good housekeeping.”

They really still don’t get it.