A new $3.6 billion indicative takeover bid for superannuation fund administrator Link Group could spark a bidding war, as investors and analysts get ready to grill the company's board at its investor presentation.

Link's shares jumped by more than 13 per cent on Tuesday after Nasdaq-listed SS&C Holding lobbed an offer to buy 100 per cent of the company's shares for $5.65 per share on Monday night. They closed at $5.64. 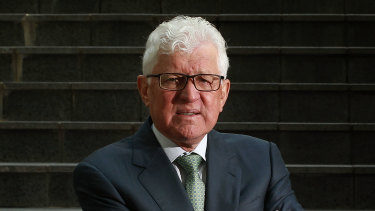 The offer from the US financial services firm is higher than the bid put forward by a consortium of private equity firms – Pacific Equity Partners (PEP) and The Carlyle Group – which was rebuffed by Link six weeks ago.

Link's board labelled the $5.40 a share offer from PEP and Carlyle inadequate. However, it left the door open for the private equity consortium to potentially return with another offer, giving it access to its books on a non-exclusive basis.

Morningstar senior equity analyst Gareth James predicted share price volatility over the next few weeks as the company digests the takeover bids and informs the market of progress in the consortium’s due diligence process.

"I wouldn’t be surprised if we haven’t seen the last of the bidding and clearly the market is thinking the same,"he said.

Morningstar has valued Link at $7.70 per share and Mr James said both offers on the table were well below the company’s true market value. He said the takeover bids had not come from hedge funds seeking quick profits, but rather long-term investors who could see the sustainability in Link’s business model.

"It would make sense for them to pay less than what we think it’s worth," he said. "Their job is to buy things for less than they’re worth but we think this offer (from SS&C) is still under-valued."

Morgan Stanley predicts Link will suffer revenue pressure over the next three years as a result of lingering account closures related to the federal government's early release scheme, that allowed Australians to withdraw $20,000 from their retirement savings.

Regulation introduced by the Australian Tax Office in October forces funds to close accounts with less than $6000 and Morgan Stanley said this could see Link close 300,000 accounts over the next two to three years, costing it around $15 million in revenue from forgone admin fees.

"2020 has been one year of outflows but it doesn't change the fact the industry funds, in our view, are highly likely to be the ultimate winners of the sector and that should benefit Link."

Mr James said the bargaining power of those superannuation funds could present a risk to Link although it had a proven track record for providing low-cost services. "If AustralianSuper said they would leave and go somewhere else, it would be a huge blow to Link," he said.

The non-binding proposal from SS&C Holding comes with six conditions, including unanimous board approval and the ability to obtain necessary debt financing, a statement filed with the ASX on Monday evening said.

Link told shareholders, well after trading had closed on Monday, there was no certainty the discussions would result in a deal ahead of the group's investor day on Wednesday.

SS&C is being advised by Citi and would need to obtain approval from the federal government's foreign investment review board and Australian Competition and Consumer Commission in the event of any transaction. Citi declined to comment.

Connecticut-based SS&C sells software and software-as-a-service (SaaS) to the financial services industry and the company was last involved in a tussle with UK-based FNZ for ASX-listed financial software maker GBST Holdings in 2019.

Mr James said the company had a low price-to-earnings ratio, which would make it harder to justify an acquisition. "I don't know what the strategic benefits are for SS&C," he said. "PEP know the company very well."

Link has come on the radar of private equity suitors after reported a sea of red at its full-year results in August, with falls in revenue, operating profits and cash flow tied to growing regulatory headwinds.